Democrat Congressman says “all white male conservatives are potential terrorists,” but that’s only the beginning of the outrageous actions and statements by Democrats.

THEN THERE’S THIS: Biden’s transition team wants the National Guard’s ammunition to be confiscated because they are afraid those who support President Trump might kill Biden on Wednesday.

Independent Sentinel Biden’s team asked if it would be possible to determine which soldiers voted in GOP primaries or who have contributed to GOP candidates so commanders could station them away from the president-elect. The request was refused.

I guess we can all go rally then? They can’t shoot us. 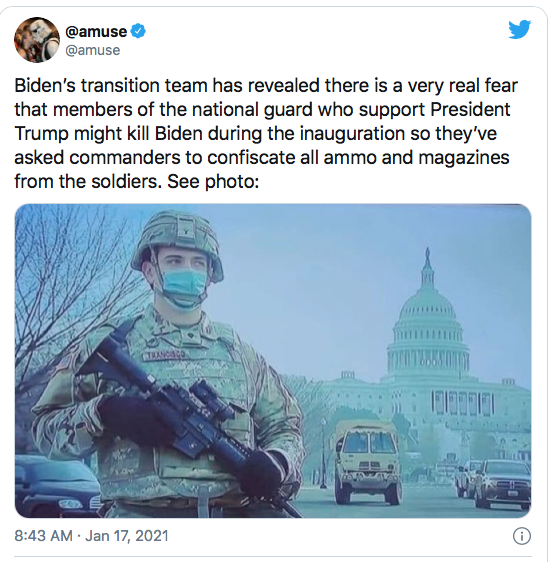 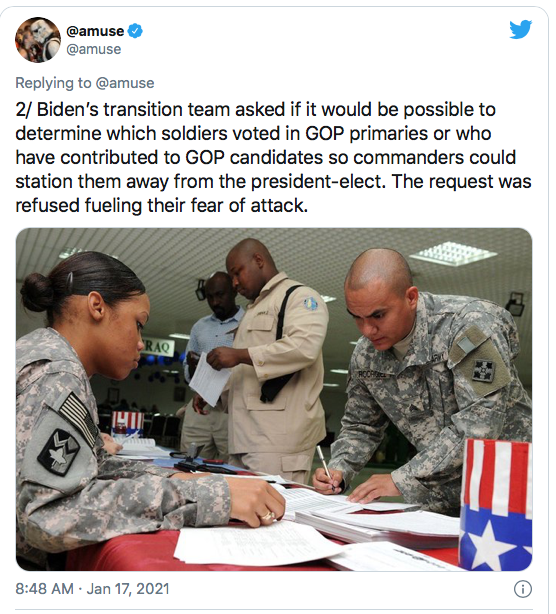 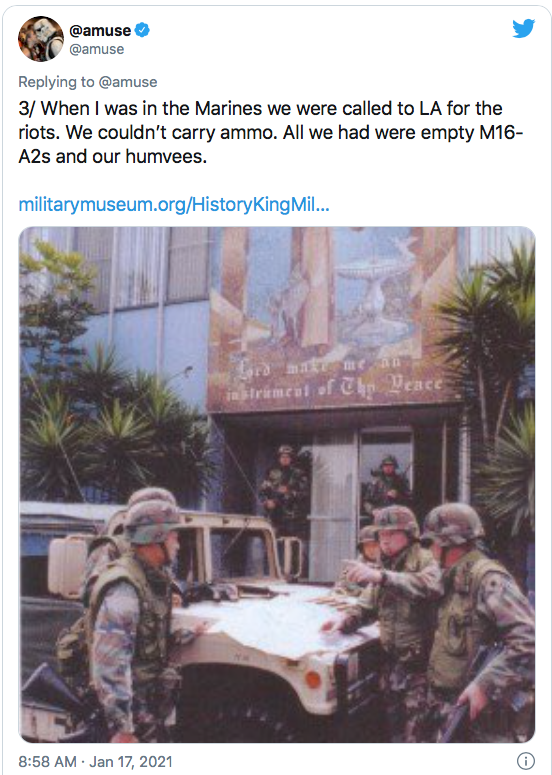 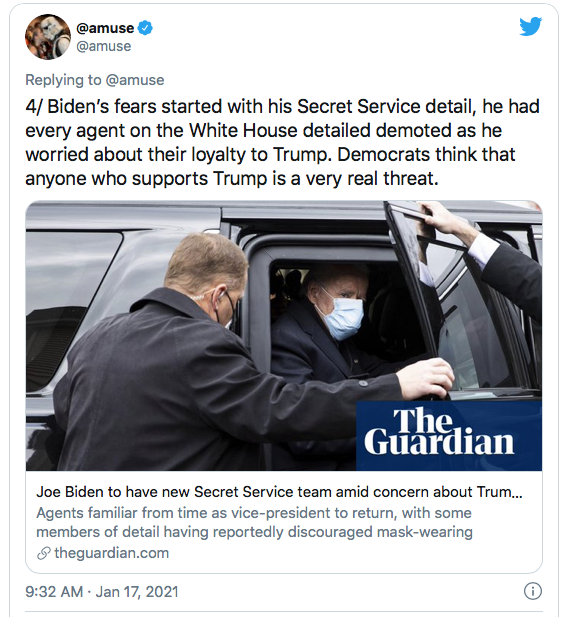 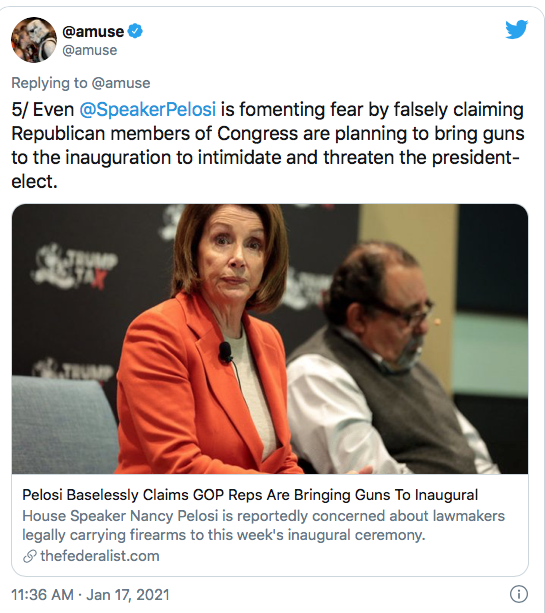 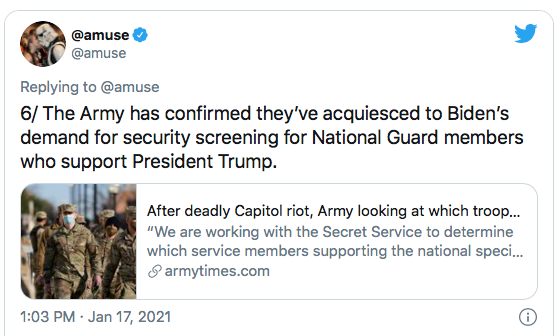