Creepy Hasan says he wouldn’t want you to think that “as a Muslim, he’s trying to downplay 9/11” when he argues that what he calls ‘MAGA terrorism’ — domestic terrorism by the far-right — is more of a threat to the country than even al Qaeda was … after 9/11, of course.

*THREAD*
Last night, on the @MehdiHasanShow, I gave my top 5 reasons why I believe the far right domestic terror threat is more dangerous than even Al Qaeda after 9/11. 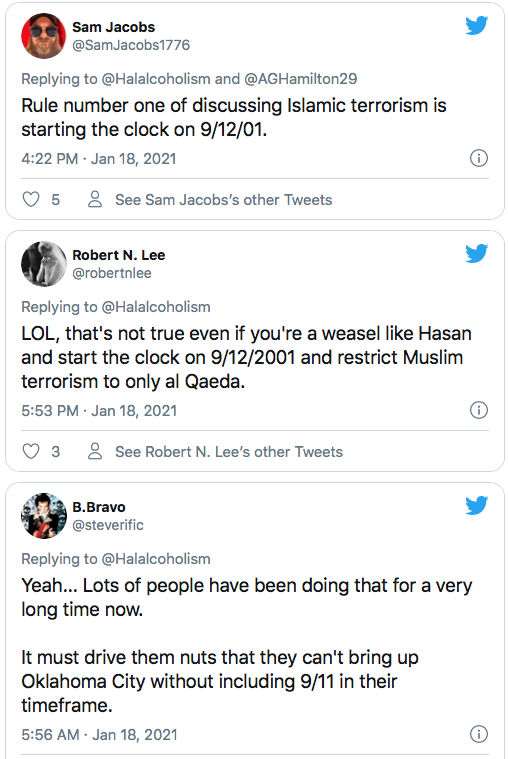 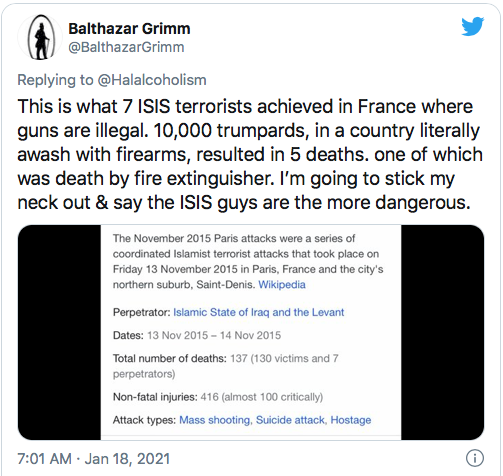 And here we have Hasan trying to convince people that Islam is a religion of peace.