This is how Democrat scumbag politicians like James Clyburn plan to “unify” the country.

Rep. James Clyburn to @GStephanopoulos on claims that impeachment effort might aggravate country’s divisions: “There’s a cancerous growth on this country, and you do not get rid of a cancerous growth unless you cut it out…And that’s what we were doing.” https://t.co/SDWXgVYVWw pic.twitter.com/w4PkhMu8rt

And then there was this from Pre. James Clyburn defending radical Somali Muslim Jew-hater Ilhan Omar: He said Ilhan Omar’s experience is ‘more personal’ than that of millions of Holocaust survivors’ children. 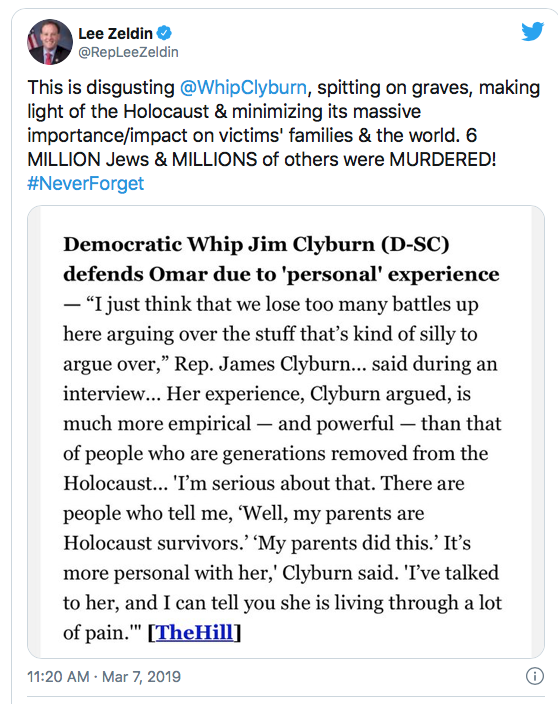