Three Muslim groups refused to back an anti-extremism charter pushed by French officials following a spate of jihadist-inspired terror attacks and beheadings of French citizens, dealing a blow to a flagship initiative of President Emmanuel Macron’s government. 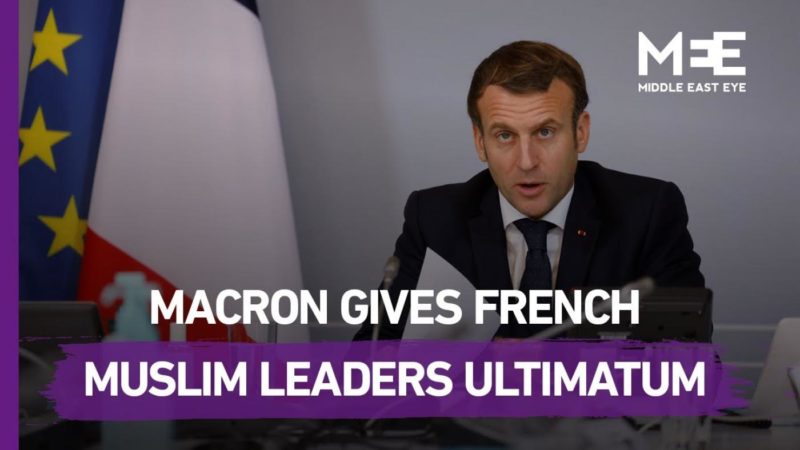 France24 The charter rejects “instrumentalizing” Islam for political ends and affirms equality between men and women, while denouncing practices such as female circumcisions, forced child marriages or “virginity certificates” for brides.

Only one group, the French Council of the Muslim Faith (CFCM), a body set up almost 20 years ago to enable dialogue between the government and the Muslim community, welcomed the charter and five of its eight federations signed on Sunday.

However, the other three groups said on Wednesday they could not join their colleagues. “We believe that certain passages and formulations in the text submitted are likely to weaken the bonds of trust between the Muslims of France and the nation,” the three groups said in a statement.

“Furthermore, some statements are prejudicial to the ‘honor’of Muslims, with an accusatory and marginalizing tone.”

Macron had railed against the promotion of “political Islam” in France in November last year after a teacher was beheaded outside his school. All the teacher did was show pupils cartoons of the prophet Mohammed as part of a free-speech lesson.

The attack prompted a crackdown against extremist mosques and Islamic extremist associations, along with a vigorous defense of French secularism.

Macron said this week that the charter offered “a clarification of how the Muslim community is organized”. It will also provide a framework for a new National Council of Imams that will be responsible for vetting imams practicing in the country.

The future of the charter is now uncertain.