While Republicans Mitt Romney and Liz Cheney are playing into the hands of the Democrats and their little game, John Brennan and Adam Schiff are calling 74 million Americans “domestic terrorists.” And Democrat Tulsi Gabbard is calling them out on it. 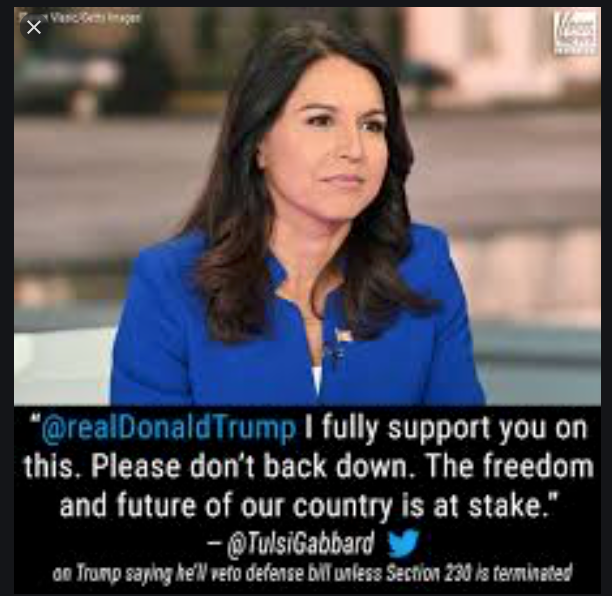 Independent Sentinel Oddly, the one person of character standing up for Trump and his supporters is former Democrat Congresswoman  Tulsi Gabbard. She’s calling on Joe Biden to denounce Brennan and Schiff for lashing out at patriotic Americans.

Hill chatter indicates Republican Senators who are up in 2022 increasingly fear primary challenges on the basis of supporting McConnell as the Senate leader. One commented, “He’s setting us up and he doesn’t seem to even realize it, or he just doesn’t care.”

Mitch McConnell is very busy blaming DJT for losing the Senate, but he did more to lose the Senate by denying the handout to the struggling Georgians. He’s infuriated with DJT and hasn’t decided if he will convict him during his trial.

.@joebiden Your leadership is needed now to denounce those like John Brennan & Rep Schiff who are advocating for targeting half the country as potential domestic terrorists. Truly unite the American people around our Constitution & the rights that are endowed to us by our Creator pic.twitter.com/OpemBm4biS