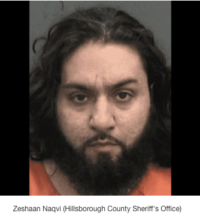 Daily Mail He picked the teenager up at her home and took her to a hotel where he engaged in illegal, sexual acts with a minor, the sheriff’s office said in a statement.

Officers arrested Naqvi at the hotel the next day where he allegedly admitted knowing his victim was underage.  He has been held on a $60,000 bond. 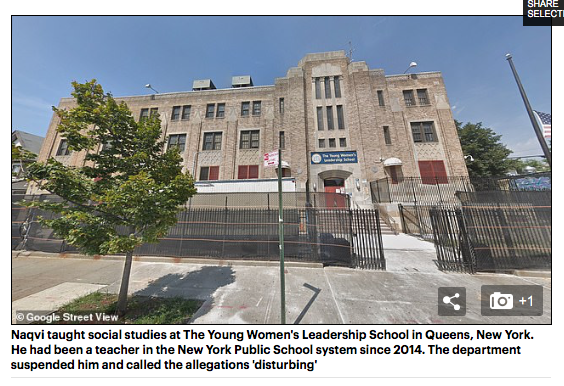 Sheriff Chad Chronister, said in a statement: ‘It never ceases to amaze us the lengths predators will go to, to get what they want’, as reported by New York Daily News.

He added: ‘In this case, a middle school history teacher booked a ticket, boarded a plane, and traveled across the country to meet with a minor who he had been chatting with for about three months. This behavior is deeply disturbing and serves as a grim warning to parents to monitor their child’s online activity.’