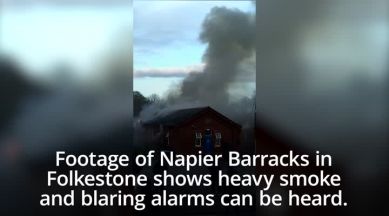 There have been a rash of arsons set by the inhabitants of facilities housing illegal Muslim invaders posing as asylum seekers in Italy, Greece, and other countries. This time, the fire was at the UK’s Napier military barracks in Kent, and the likelihood is that it was set by the Muslim residents themselves, who complain about the non-halal food and unsatisfactory living conditions (No wifi).  But anyone who accuses them of arson is called an ‘Islamophobe.’

BBC Home secretary, Priti Patel, has suggested that a fire at a former military barracks used to house asylum seekers was set deliberately. Kent Police said it was arson but no arrests have been made yet. 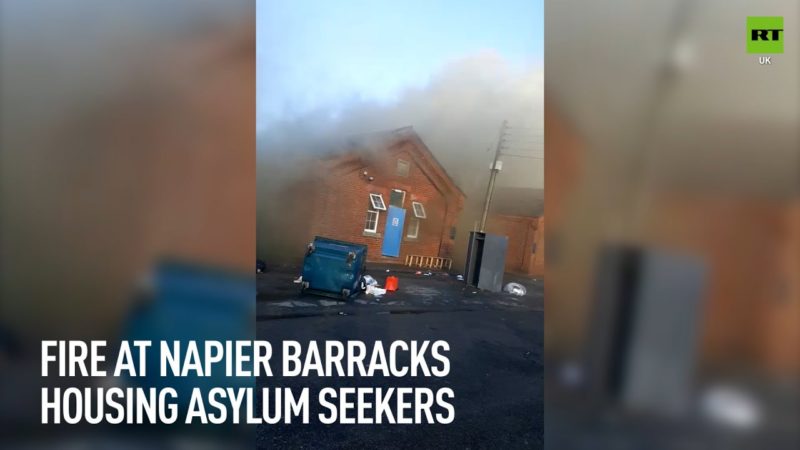 Emergency services were sent to Napier Barracks in Folkestone at 14:00 GMT after “reports of a disturbance”.

The Home Office said people had “set about destroying the barracks” because they objected to not being moved from the site after a Covid outbreak. Home Secretary Priti Patel called the “destruction… deeply offensive to the taxpayers of this country”.

Kent Police said the blaze had caused “a significant amount of damage” and officers were investigating it as a suspected arson attack. The ex-military site has been used to house about 400 asylum seekers since September. 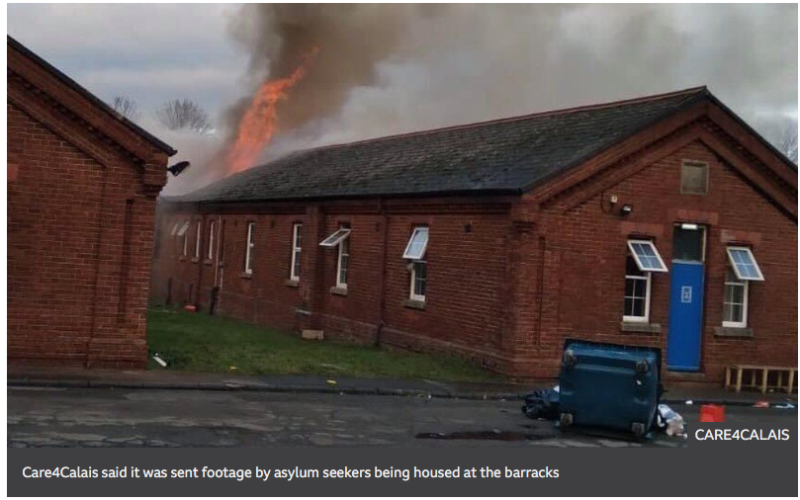 Some of those who stayed “became aggressive, turned violent and began to set about destroying the barracks” after they objected that they had not been moved as well. The government department claimed that windows had been smashed at the barracks and one building had been set on fire.

Kent Police said “We are carrying out inquiries and working with partners… to establish the circumstances surrounding this serious incident and the identities of those who may have been involved,” Det Ch Supt Andrew Pritchard said.

Clare Mosley, founder of the far left Care4Calais, said: “For a British home secretary to accuse and castigate ordinary people when the facts of this incident are not yet even known is shocking and disturbing. It shows a senior government minister operating at the gutter level of gossip and

“But make no mistake, this not simply a careless, off-the-cuff emotional response. It is a misleading, opportunistic smoke screen concocted to deflect attention from the multiple warnings she has had about what was clearly going to happen at Napier barracks.”

When asked about staying at the barracks, one Muslim invader allegedly told the PA news agency: “I have suffered here more than I have ever suffered on earth.” (Oh, Boo Hoo) He added that the “only dream” for many who were there was to “get out of Napier”. 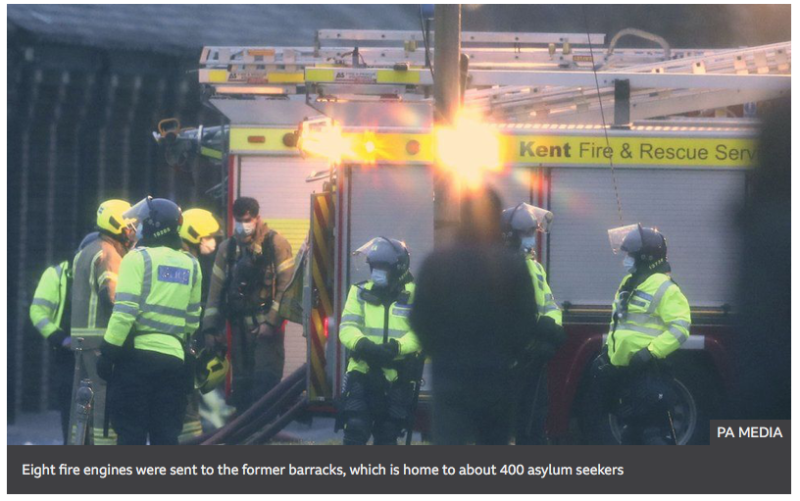 Pre-empting the conclusion of any police investigation, Patel said in a statement: “The damage and destruction at Napier barracks is not only appalling but deeply offensive to the taxpayers of this country who are providing this accommodation while asylum claims are being processed. This site has previously accommodated our brave soldiers and army personnel – it is an insult to say that it is not good enough for these individuals.”

Ms Patel insisted the accommodation was of a “very strong” standard and “in line with PHE guidance.”

Earlier on Friday, several far-left illegal alien-sympathizing organizations including Freedom from Torture, Choose Love/Help Refugees, Detention Action, Doctors of the World and Helen Bamber Foundation wrote to the home secretary urging her to close the barracks. (And put the illegal invaders where? How about in YOUR homes?) 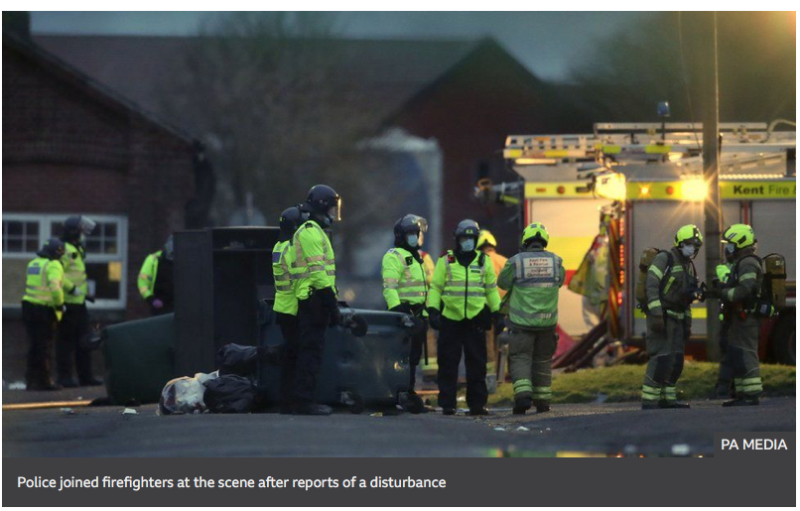 One (fake) asylum seeker at the site said: “Some of us are really scared. The roof is on fire and parts of it fell down. The firefighters arrived at the camp. They turned off all the electricity here and some of us are really frightened. Everything is out of control. People are watching the block burning. “The security guards, the staff and the camp managers escaped. Now we are all in the camp without the staff, without anyone else.” (You did it to yourselves. Stop whining)

Several protests have taken place over the conditions and lack of communication from authorities over the length of the military-aged illegal alien men’s stay. Many claim they were told they would be there for no more than a month and have now been there for four months. (So they set it on fire in protest, as they have done so many times before)