Johns Hopkins University in Baltimore has launched a probe into allegations against a university MUSLIM teaching assistant for “alleged anti-Semitism and potential abuse of authority in the discharge of academic responsibilities on our campus.”

Forward  The campus Hillel is calling upon students to contact its office if they suspect the teaching assistant lowered their grade as an act of antisemitism.

Published reports have identified the teaching assistant as Rasha Anayah, a Muslim, who is also a graduate student in the chemistry department at Johns Hopkins. It is alleged that in a tweet she posted Nov. 15, she wrote:

“Ethical dilemma: if you have to grade a zionist students exam, do you still give them all their points even though they support your ethnic cleansing? Like idk.”

When 77% of the respondents replied, “Free Palestine! Fail them,” she wrote, “like I agree but also too many of you want me to get fired.” 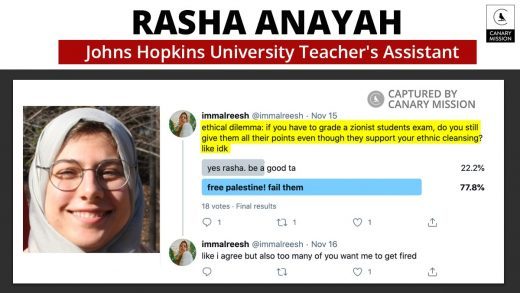 Howard Libit, executive director of the Baltimore Jewish Council, said to his knowledge none of Anayah’s students have complained about their grades as yet. The fact that Hillel waited until Jan. 6 to ask students if they believed their grade was unfair suggests that grades are only now being sent.

In an email to the Forward, Anaya claims (with no proof) she has been the victim of hate crimes, threats and fixing since the allegations became public.

“In regards to my teaching and evaluation of students,” she wrote, “I have always acted with the utmost integrity and fairness. I am a dedicated teacher and scholar with a commitment to social justice and to my role. My record as a teaching assistant is a testament to these facts.”

Anayah’s Facebook page has either been deleted or restricted to a limited number of people.

Below are more of her tweets: 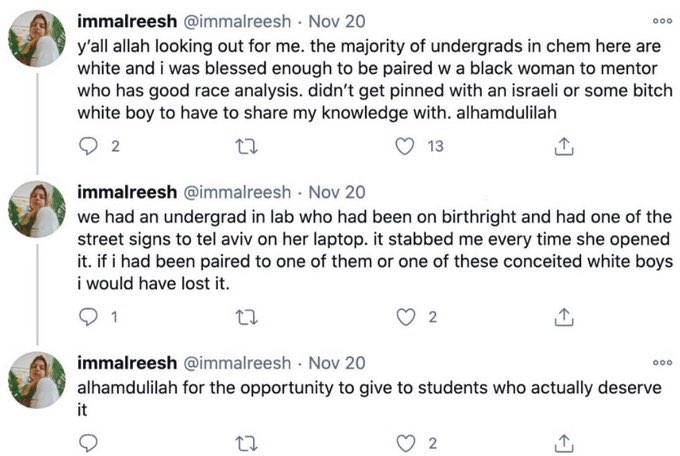 It said federal privacy laws prevent him from commenting on specific student matters. “But please be assured that when OIE [Office of Institutional Equity] becomes aware of concerns in this area, assessment and prompt follow up begins, and appropriate action results,” added Kumar.

StandWithUs, an international, non-profit Israel advocacy organization, had twice written to the university about Anayah before receiving Kumar’s reply. It is now asking the university to provide assurance that Anayah will not be teaching in the spring semester, confirm that there was oversight provided over her grading of all her fall 2020 students, clarify the steps to be taken to ensure her students in prior semesters “were not harmed by possible discriminatory grading,” and delineate the steps being taken to “send a clear message to the campus community that there is no place for antisemitism at John Hopkins University.” 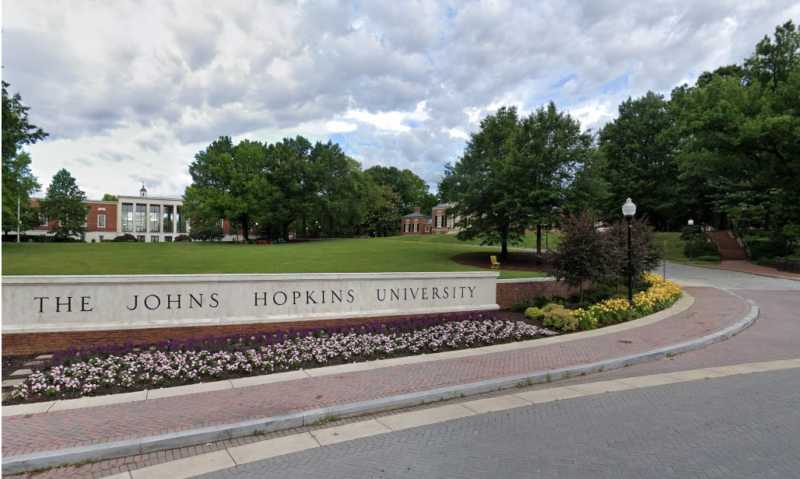