Democrats want newly-elected Republican Rep. Marjorie Taylor Greene kicked off her committee assignments. She is the object of Democrat hate and scorn, and she’s not popular with the Republican leadership.

Newspushed Joe Biden’s presidency is off to a bumbling start. And House Speaker Nancy Pelosi is looking for a distraction to keep Democrats united and Republicans divided. Now Nancy Pelosi just revealed how she plans to throw Marjorie Taylor Greene out of Congress.

Democrats and the Fake News Media are collaborating to nuke conservative Congresswoman Marjorie Taylor Greene over her high profile effort to fight the Left and stop socialism.

Greene introduced articles of impeachment against Joe Biden for corruption and abuse of power for actions on Biden’s first day in office. 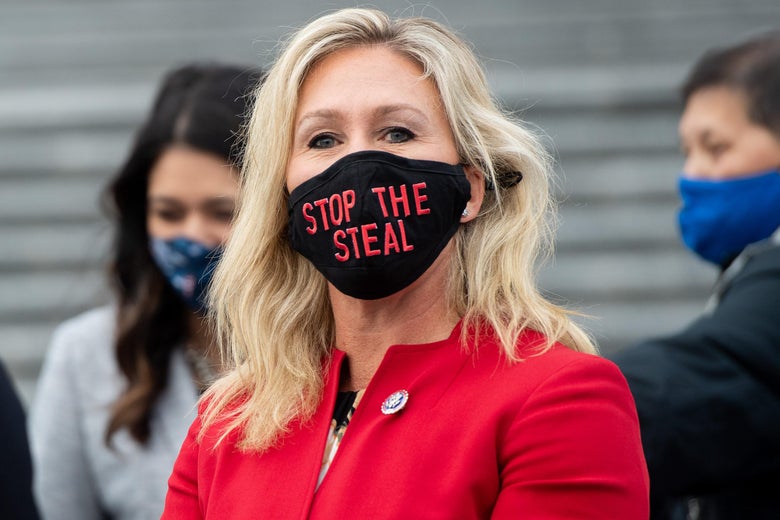 Upset because Rep. Marjorie Taylor Greene (R-GA) isn’t afraid to voice her concerns about radical Muslims serving in Congress, Democrat Congressmuslim Ilhan Omar says, “If Republican leadership won’t remove Marjorie Taylor Greene from office, then we must do it.” Greene has stated: “If you’re a practicing Muslim you shouldn’t serve in government, and that Congressmuslims Ilhan Omar and Rashida Tlaib are part of an Islamic insurrection.”

Neonnettle But what really got Omar’s goat was the photo that this take-no-prisoners Congresswoman from Georgia posted on Facebook last September. In the post, Marjorie Taylor Greene, from Georgia’s 14th District, wears sunglasses and stands with a gun next to photos of Tlaib and U.S. Reps. Alexandria Ocasio-Cortez, D-New York, and Ilhan Omar, D-Minnesota. 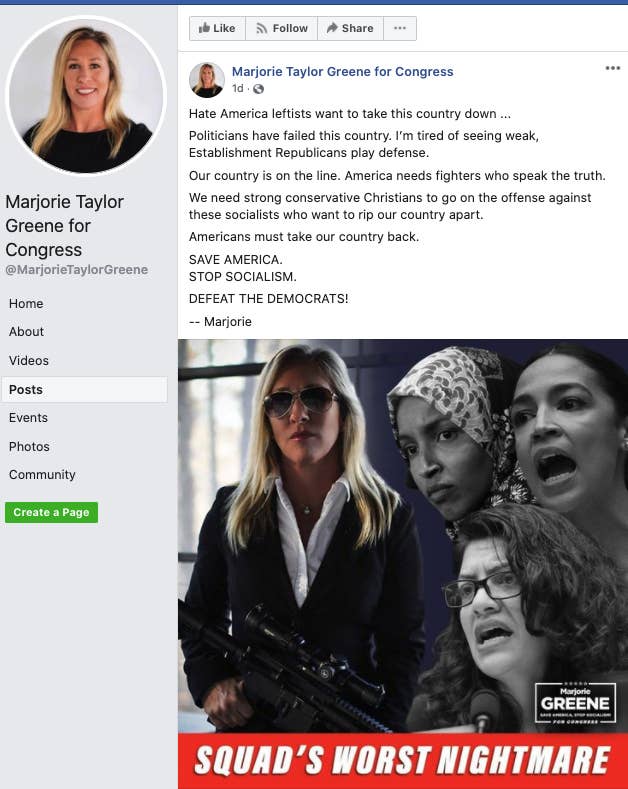 Greene also said that the two Muslim women broke the law by being sworn in on a quran.

Since we’re doing old videos of Marjorie Taylor Greene harassing people, here’s her from before she was elected, in Feb 2019, turning up in Congress to try & get @IlhanMN & @RashidaTlaib to retake their oaths on a Bible & not a Quran:
(h/t @ehananoki)pic.twitter.com/YMr7InKYqZ

Speaking on SiriusXM’s “The Dean Obeidallah Show,”  a radical Muslim himself, Ilhan Omar called Taylor Greene “dangerous and violent.” She added: “This is not somebody that should be in office, you know, someone said yesterday instead of being in Congress, this person needs to be on a watch list.”

In an effort to expose her, Politico reported before her election that she allegedly:

“Suggested that Muslims do not belong in government; thinks black people “are held slaves to the Democratic Party”; called George Soros, a Jewish Democratic megadonor, a Nazi (he loves Nazis and stated so on ’60 Minutes’ – see below video); and said she would feel “proud” to see a Confederate monument if she were black because it symbolizes progress made since the Civil War.”

Soros’ widely-known, virulent hatred for Israel, and the founding and funding of one of the most anti-Israel groups in America – Jewish Voice for Peace – is more than enough evidence of his anti-Semitism. What’s more, Soros has poured millions of dollars into the mass Muslim immigration invasion of Europe via his Open Society Foundation. 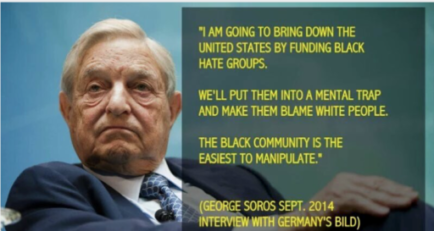 During a press conference Pelosi demanded Republicans boot Marjorie Taylor Greene off the education committee because of those comments.

Kicking a member off committees is a way to isolate them and deny them the ability to provide for their district. Pelosi knows full well that removing Greene from her committee assignments is the first step in removing her from Congress.

But so far Republican leadership refused to take the bait. That means Pelosi will only ratchet up her attacks and smears in the coming days and weeks. 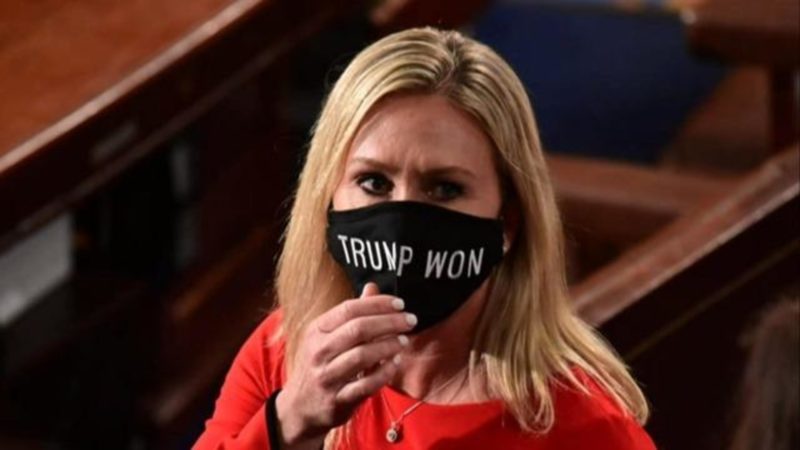 Independent Sentinel CNN eagerly reported that Greene said on Facebook Live that House Speaker Nancy Pelosi is “guilty of treason” and that she will “suffer death or she’ll be in prison” for her “treason.”

These alleged comments were made before she took her seat in Congress. Her views were known before her election, and she was still the choice of the electorate. CNN doesn’t get to decide who sits in Congress, nor does Nancy Pelosi.

In the end, Greene’s undying admiration for and defense of Donald J. Trump is her real crime. Discrediting her reflects on him and all Republicans.