In another case of persecution of religious minorities in the Islamic Republic of Pakistan, a Christian woman, Tabitha Nazir Gill, was punched in the head and stripped for alleged blasphemy at the Pakistani hospital where she had worked for nine years, reported UCA News. 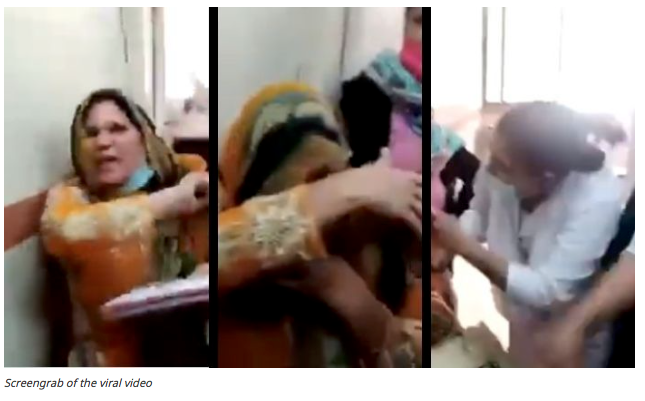 OpIndia (h/t hindubrahmins) She was accused of insulting Prophet Muhammad, Prophet Abraham and Prophet Adam by her colleagues.

One nurse, who works with the victim, named Nasreen alleged, “She (Tabitha) urged others to say ‘Jesus’ to solve their problems. Don’t speak the name. She commits blasphemy. We shall bury her. We will sacrifice our generations for the dignity of the prophets” 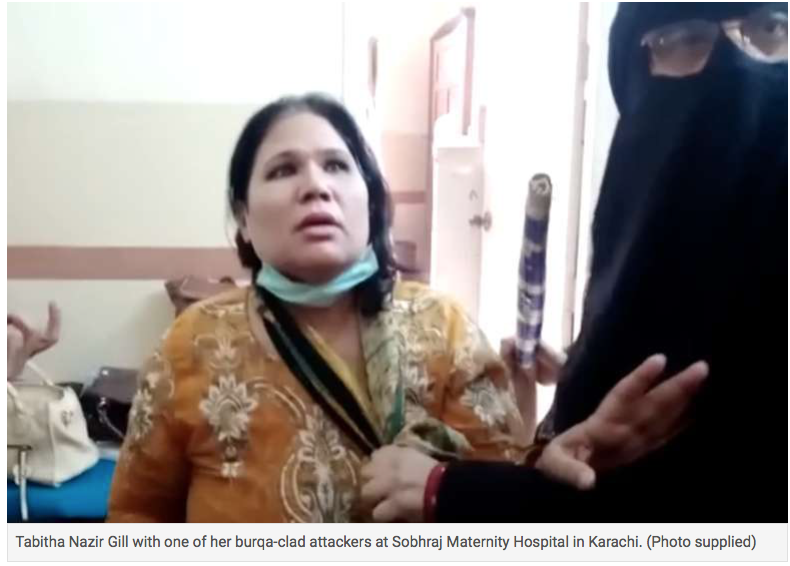 In a video that has now gone viral on social media, Nasreen was seen thrashing the victim. The incident took place on Thursday (January 28) during which Tabitha was dragged from the 3rd to the 1st floor and repeatedly assaulted by her colleagues and onlookers.

Videos showing the assault on the 30-year-old Christian nurse at Sobhraj Maternity Hospital in Karachi spread on social media on Jan. 28, moments after she was accused of insulting all prophets including Prophet Muhammad, Prophet Abraham and Prophet Adam.

She was locked in a room, thrashed with brooms, tied with ropes and forced to tender an apology. “Close the gate. Don’t let her escape. Beat her. Why did you speak of our religion? Rub your nose on the ground. Repent from Allah,” others yelled in the background.

Blasphemy is a highly sensitive issue in deeply conservative Pakistan where mere allegations have led to extrajudicial killings and mob violence.

Meanwhile, the cops were called in and the victim was taken to the police station. The police initially ruled it a ‘case of misunderstanding’ and allowed Tabitha to go home. However, on the same evening, a case was registered against the victim under Pakistan Penal Code (PPC) Section 295-C (blasphemy). According to the First Information Report (FIR), one Muslim woman named Saba claimed that the victim had insulted Prophet Ismael.

In November last year, a Christian woman named Yasmin and her son Usman Masih was brutally killed by a Muslim mob led by Muhammad Hassan and others in Kathor Kalan village in Gujranwala, Pakistan. The gruesome lynching of the Christian mother-son duo reportedly took place in the name of blasphemy.

According to activist Rahat Austin, Yasmin was shot dead by Mohammad Hassan. His son, severely injured, died minutes later as he desperately clung to his wife’s hands while his two daughters saw their father dying. The activist further mentions that the crowd gathered at the spot watched the specter of violence unleashed against the Christian family, with none of them coming forward to help them. 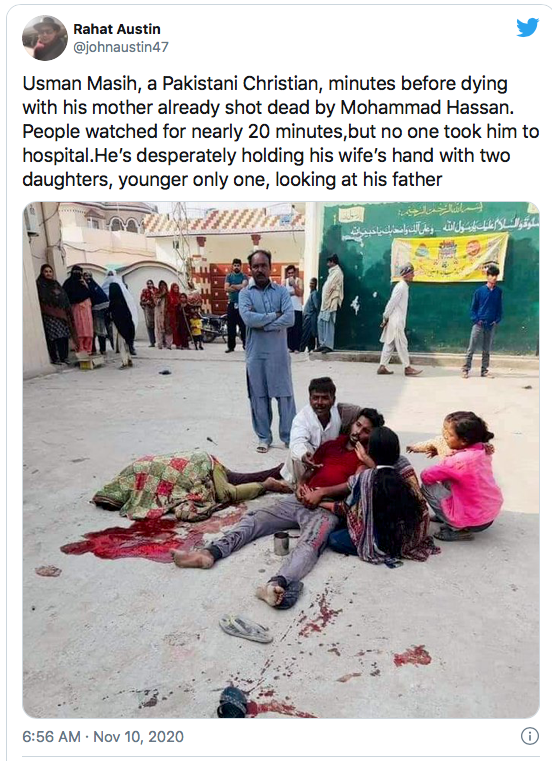 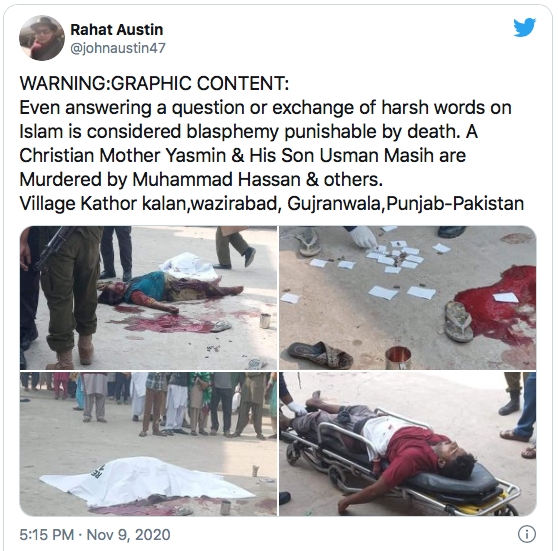