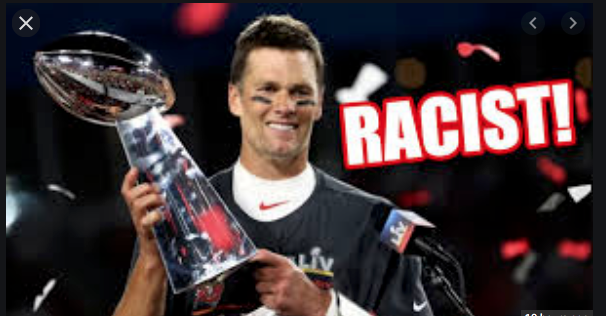 Summit News  Innumerable people took to social media to complain that NFL star Tom Brady winning the Super Bowl during Black History Month was “racist.” No, this is NOT the Onion.

Brady led the Tampa Bay Buccaneers to victory over the Kansas City Chiefs to claim a personal 7th Super Bowl win, prompting outrage due to the perception that Brady once supported President Trump and the Chiefs’ quarter-back being black.

Many Black Lives Matter supporters scolded Brady for having the temerity to win, suggesting he was “racist” for doing so. A USA Today sports journalist also wrote an op-ed last week expressing her fury at Brady for not apologizing for his “white privilege.”

Woke idiots hate Brady because he has refused to cave to their mob intimidation and political bullying with his support for President Trump.

Some of the Brady hate tweets: 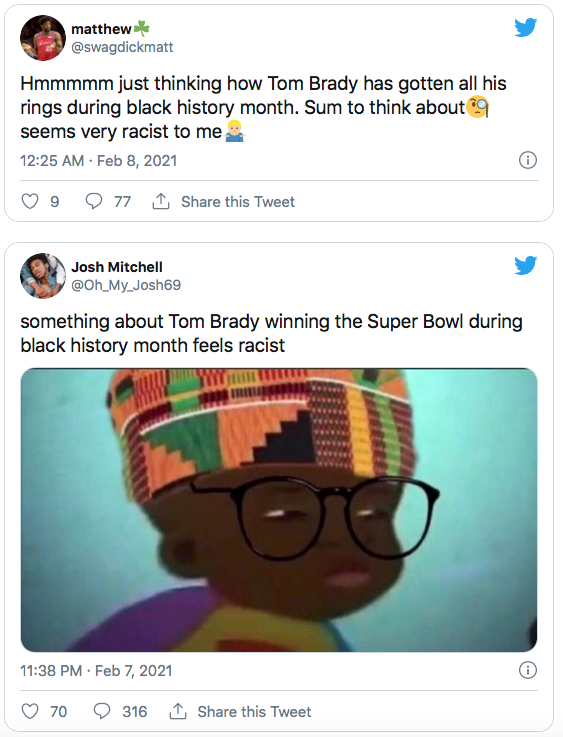 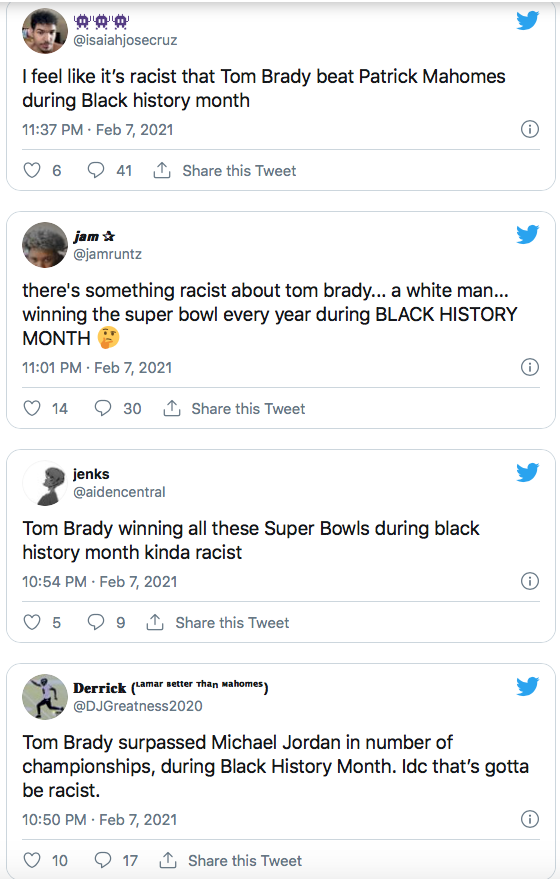 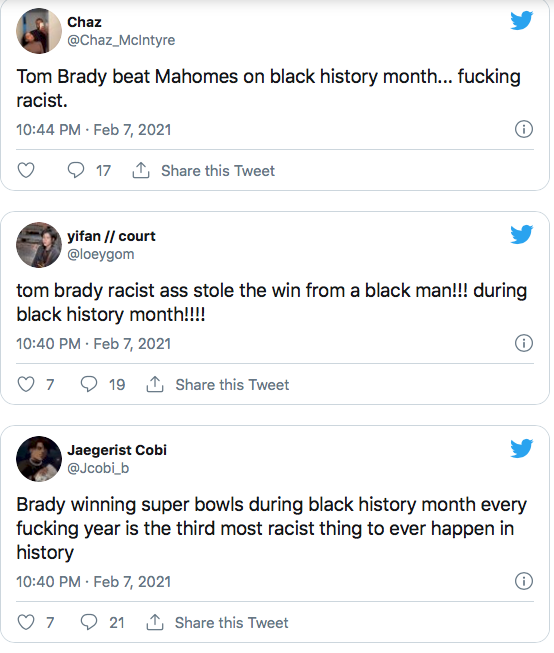 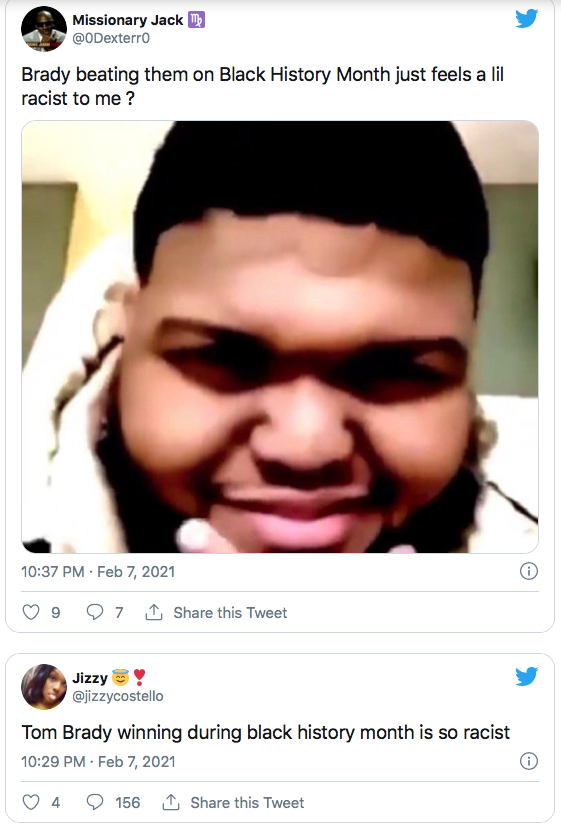 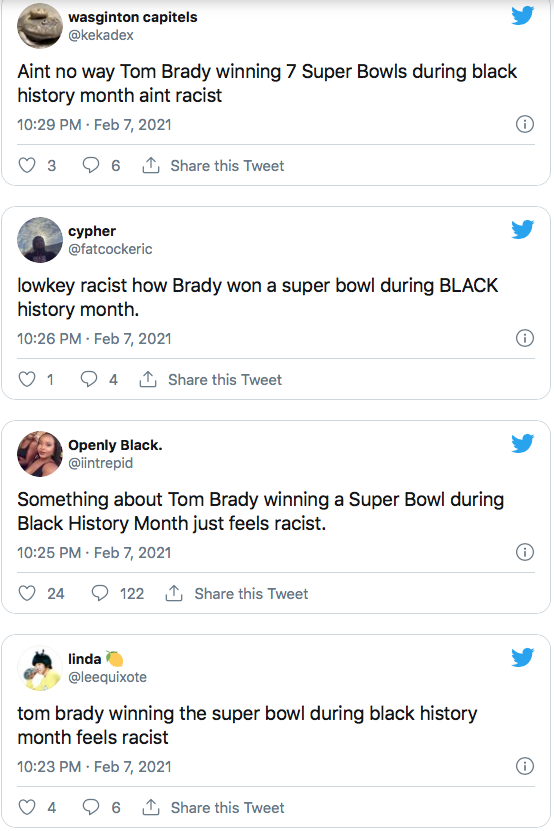 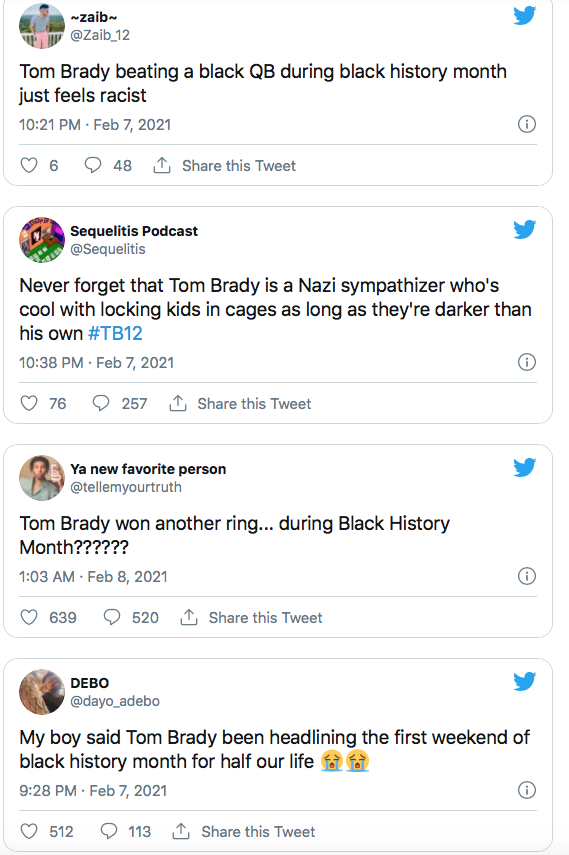