Reporter asks Psaki why Biden has not yet called the Israeli PM Benjamin Netanyahu after having already placed calls to most world leaders? 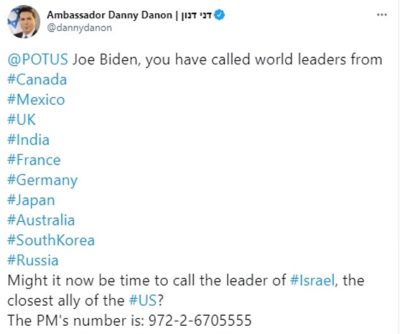