Four Muslim women convicted of murder say in a federal lawsuit, filed by designated terrorist group CAIR, that Michigan prison officials violated their Islamic rights when they forced them to remove their religious headwear for mug shots.

MLive The lawsuit is seeking class-action status on behalf of all prisoners, requesting a judge strike down the Michigan Department of Corrections policy that requires religious headwear to be removed for identification photos that are publicly available on the state’s offender tracking website.

The question of whether government officials in prisons, police booking rooms or ID issuance offices can legally require the removal of religious headwear, including headscarves or turbans, has spurred lawsuits by designated terrorist group CAIR across the nation, including others pending in Detroit and Flint.

So far, cases have been settled between parties without court rulings, and the question remains largely unresolved, said Amy Doukoure, a staff attorney with the Council on American-Islamic Relations (CAIR) Michigan Chapter, which filed the lawsuit in December on behalf of the prisoners with assistance from the Michigan State University Civil Rights Clinic. 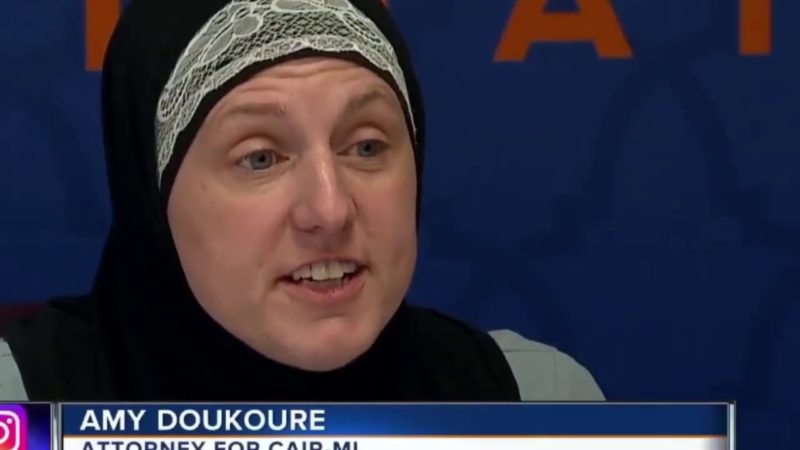 “Being forced to remove one’s headbag aka ‘hijab’ in public … is a profound defilement of the wearer’s sincerely held religious beliefs and a violation of her religious practice,” the lawsuit said. “Requiring a Muslim or Moorish woman to remove her hijab in public is akin to demanding that a secular person strip naked in front of strangers.”

Doukoure said forced removal of an article of clothing that represents faith-mandated modesty is degrading. Compounding the issue, she said, prisoners are forced to show their IDs to prison staff and the images without their headwear are published on the internet.

Doukoure equated the prison policy to forcing a non-religious woman to be photographed topless and then publishing the image on a public website without her consent. 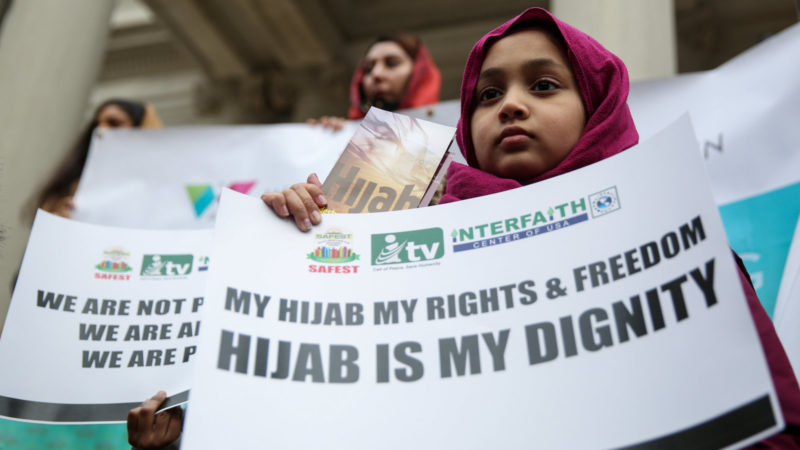 The lawsuit also requests financial compensation for “loss of their religious rights and emotional distress suffered due to (the MDOC’s) unlawful conduct.”

The attorney general’s office is representing the Michigan Department of Corrections and has filed a motion for the case to be dismissed based on qualified immunity and other laws that, the state argues, prohibit the claims.

If the prisoners prevail in the federal case, it could require policy changes by jail and prison officials across the state and beyond. According to the MDOC photo policy submitted as an exhibit with the lawsuit, “prisoners shall wear state-issued clothing for the photograph of their face” and “headgear shall not be worn.”