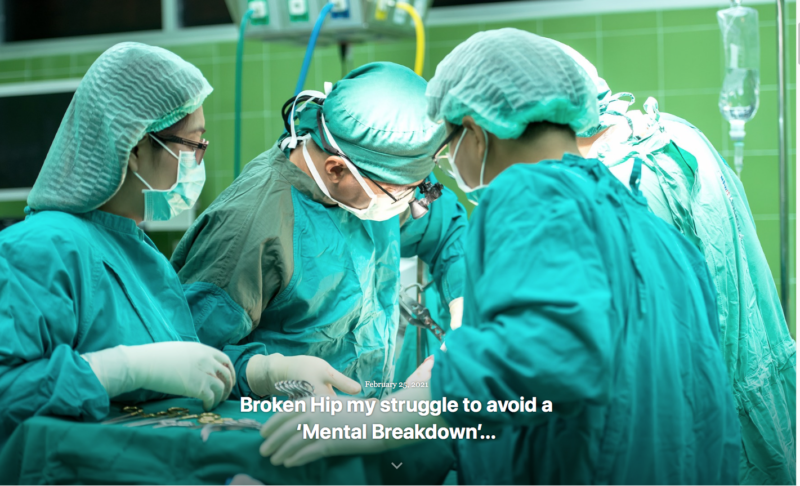 Link: ALLAN IVARSSON’s broken hip and the struggle to avoid a mental breakdown

Readers, Friends, Family and Relatives, on Monday 8:30 am the 1st,February 2021, I fell in our home kitchen and broke my hip. I was taken to Grafton NSW Hospital. I had to wait three days paralysed for operation until 5 pm Wednesday 3rd February 2021.

On the 3rd, January, I stated that my computer crashed and that I would be operational by February 1st, 2021. Three days before I was working on the computer getting it ready for launch and then on the target date, I broke my hip. I am home after three weeks in hospital and I am now facing a painful six months with a crippled left leg striving to walk again.

I woke up 9pm Wednesday night after operation, on the 3rd, February 2021, in a ward of strange location, I saw faces wandering around like something in an alien location. I felt vague and frightened, in the strangest way. Within 15 minutes after I awakened a hospital team of two transported me back to my ward, where I suddenly recognised familiar faces and instantly felt a sense of peace flood my mind.

Thus, now began my extremely painful journey 24/7 for the next several weeks. I came home on Sunday 21st February 2021 at 2:30 pm, having served close to 3 weeks in hospital short of a few hours.

Over the years since I broke both my legs in 1975 and was given three hours to live, which I defeated, I have experienced a very painful life. The accident in 1975 changed my life constantly; from 2007, I served time in hospital several times, but this time was the most excruciating experience of them all. Though in July 2020 when I experienced two weeks for a knee operation it was extremely painful because of a twisted left leg, caused by cancer during 2019 to 2020.

Despite my shattered left ankle in 1975, I lived a very dynamic life until 2018. Read my profiles. Since I was given a second chance to live in 1975, and the privilege to enjoy a fortunate life, I consider this benefit a gift from eternity, but everything comes to an end, and destiny has its own course.

My knee operation was not a normal knee operation because in December 2018, I was attacked by Lymphoma Cancer, consequently, I was forced to fight this cancer for fifteen months through 2019 into 2020. After Chemo April 2019 to August 2019, in Grafton and Radiation treatment for four weeks from December 30, 2019 to January 2020 and an early small operation on my chest in Grafton March 2019, I began to defeat cancer and went into remission in April 2020. However, a serious problem began on my left leg during my cancer fight. My left leg foot, ankle and leg twisted to the left and destroyed my sense of walking balance. Thus, a new fight for survival, began.

My final walking struggle began on the first week of September 2018 in Coffs Harbour Shopping World. Four weeks later when I saw my Doctor Rae, I said to him, “I know that since I went on Warfarin after a blood clot on the lungs in 2012, that I only have a fifty per cent chance of surviving the operation, but I either walk again, or I cease to exist. I want that knee operation that was cancelled by the Medical Profession in 2012.

The knee operation was thus scheduled for early 2019. But was cancelled when I was struck by Lymphoma Cancer in late December 2018, throughout 2019. Finally, in 2020 I was given the greenlight for the knee operation now facing a new problem of a twisted left leg, when COVID-19, stopped operations in early 2020.

It was not until July 2020 that I was given the operation. My surgeon told me that he had to cut out a lot of extra bone around the knee. And when I asked why, he said, “because you have a lot of arthritis in the bone and around the knee.” The pain in my left ankle existed 24/7 since 1975, but now since July 2020, the excruciating pain in my knee continued intensely for six months. Before the fall and broken hip, I only enjoyed six weeks of low- level pain in my knee and now my fight with pain begins again, from my ankle to my hip. Medical people are optimistic I shall reduce the pain within three months. Previous experience tells me six months at best.

Flashing back to the Tuesday afternoon of the second day of my broken hip when I was paralysed with broken hip, really frightened me, feeling so helpless, trapped on a hospital bed. On Monday morning, nurses were telling me I would be operated on this afternoon. The time came and then other nurses told me the operation would come Tuesday morning. The time came then I was told the operation would be in the afternoon.

By now I was feeling anxious. Stress started to stir my mind; I pressed the alarm calling for a nurse. I said, “I am beginning to crack, I cannot move, and I keep being told the operation will be soon. The time passes and nothing happens. I would rather be dead than live like this.

If Euthanasia were legal, I would choose it immediately.” The male nurse said, “it will not be until tomorrow morning, they have a queue of urgent operations.” I replied, “well if the hospital had been truthful and told me the truth from the beginning that I had to wait three days, I would have been calm in mind and unhappily waited, counting the decrease in hours.

But being told untruthful claims that the operation is going to happen shortly is an incitement of stress upon the mind when it does not happen.” Nurses said nothing other than coming soon. As you can see from above the operation did not begin until the third day at 5 pm.

On the second day in the ward, I talked to two patients opposite me. One in his 79th year, had a hip operation and had to wait three days like me. When the nurses told him that it would not happen on his second day, he replied, “Shoot Me”. He like me believed in Euthanasia; life denied the ability to walk free is worse than death. All the do-gooders that deny people the freedom of choice right to demand Euthanasia are evil people. When an animal is crippled it is killed as an act of mercy, but when people are suffering, evil people are denying them by law the right to choose death.

During the afternoon, he and I talked to each other, he had had his operation and knew well the stress of waiting. Our conversation helped take my mind off the distress, of being told I had to wait another day.

I have always lived a ‘Positive Mental Attitude’ calm in spirit, even when enduring pain, but being denied the right to live free handicapped by not being able to take care of self is not life, it is a living death.

I stand for ‘Freedom’ and reject every form of ‘Totalitarianism’.

I shall recover gradually. 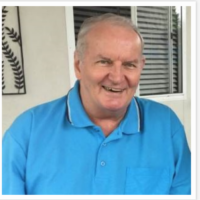