Of all the prayers this first term Senator, Sarah Trone Garriott, who is an ordained minister in the Evangelical Lutheran Church in America, could have chosen for the opening prayer in the Senate, she chose an Islamic one, demonstrating her abject ignorance of what the quran has to say about Christians. 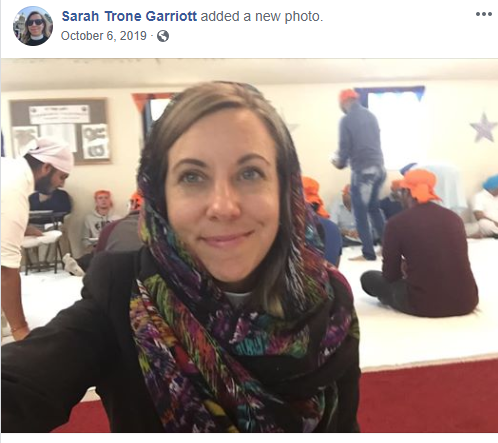 “Some of the people who were making comments, they were saying just horrible things about our Muslim neighbors — that they hate freedom and that they’re trying to take over the country and they want to hurt Christians — and all of these terrible things that aren’t true,” she said.

Trone Garriott said the comments began after an article about her prayer appeared on a blog, which the far-left Southern Poverty Law Center claims is as an anti-Muslim hate group. The author of the post also sent the link to all of the Iowa senators, she said.

Trone Garriott said she received at least a dozen hate messages through social media, which included people from outside the state as well as within the Des Moines metro. (Well, consider this one more, you stupid bitch)