Glasgow MSP Anas Sarwar said another senior Labour member told him she had been planning to back him for leader until she saw a picture of his wife wearing a hijab – the traditional Islamic headcovering. But lo and behold, the Paki Muslim got elected anyway. Anas Sarwar wins snap Labour leadership election triggered by surprise resignation of Richard Leonard six weeks ago. 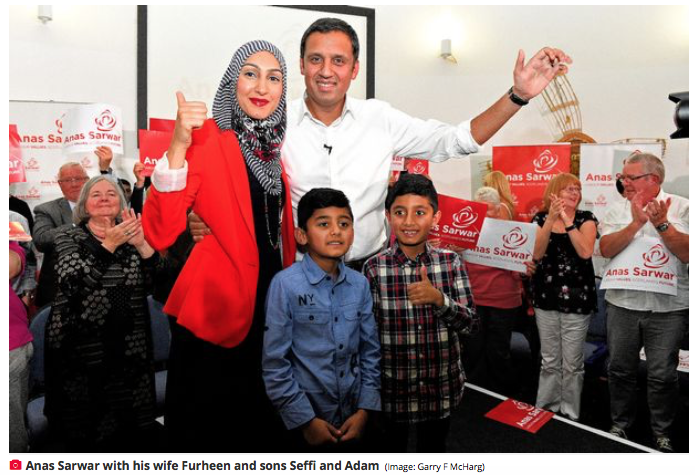 The Guardian Anas Sarwar has won the Scottish Labour leadership contest after a snap election triggered by the surprise resignation of Richard Leonard six weeks ago.

Sarwar, a former deputy leader of Scottish Labour backed by a majority of the party’s parliamentarians, defeated the other candidate Monica Lennon, a less experienced MSP backed on the party’s left, winning 57.6% of the vote. Sarwar, MSP for Glasgow, is the first minority ethnic leader of a major political party in the UK.

After losing every Scottish and UK election since 2007 to the SNP, including losing all its MEPs in the 2016 European elections, Labour has since gone through seven Scottish leaders. Sarwar will be its eighth. Although Sarwar has been an MP and MSP for 10 of the last 11 years, and is the son of the UK’s first Muslim MP Mohammad Sarwar, the survey found a majority of voters were ambivalent about him. 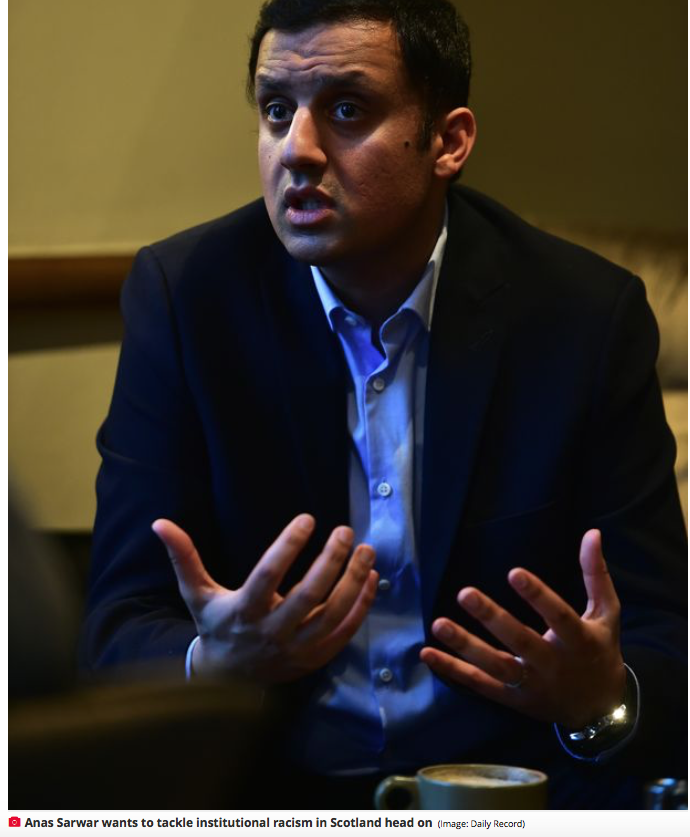 Daily Record In regard to the above insults by other Labour leaders, Sarwar he insists that “institutional racism” is blighting Scottish society. Sarwar told the Record: “What I am hoping to do by talking about this is to call out these incidents so we hold ourselves to a higher standard and we start talking about racism (what ‘race’ is Islam?) and Islamophobia in the same way we do about other forms of prejudice.” 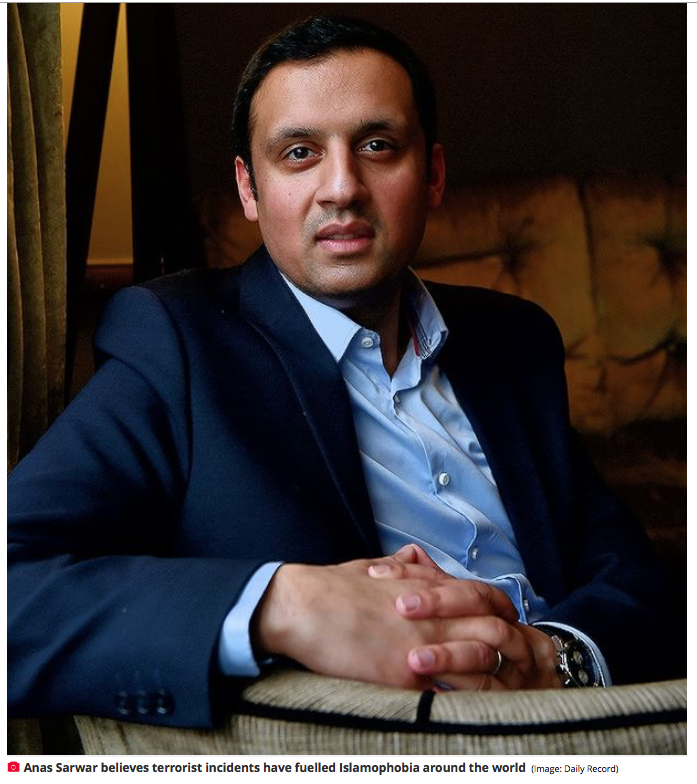 “What I am hoping to do through the cross-party group on Islamophobia is provide a platform for us to talk about it and to allow people to voice their concerns and look at the legislative framework.”

Sarwar believes terrorist incidents have fuelled Islamophobia around the world, with the problem particularly prominent online. Recorded hate crimes towards Muslims in Scotland almost doubled between 2015 and 2016.

“The number of posts I saw during the leadership election saying we can’t allow a Muslim leader because he’ll impose Sharia law on the country was unbelievable..” “What we have to challenge here is institutional racism, institutional Islamophobia, institutional sexism and homophobia. It is those institutions that need to be challenged directly.”

He insisted it was not just an issue for the Labour Party, adding: “Political parties are representative of wider society in different ways. “So if you accept we have an issue in wider society with sexism, homophobia, Islamophobia and anti-Semitism, then it is natural that in political parties they will have those same issues as well.