National Guard soldiers defending the US Capitol have gotten ill after being fed meat that is almost completely raw — with shaved metal also found in the disgusting meals, according to whistleblowers. 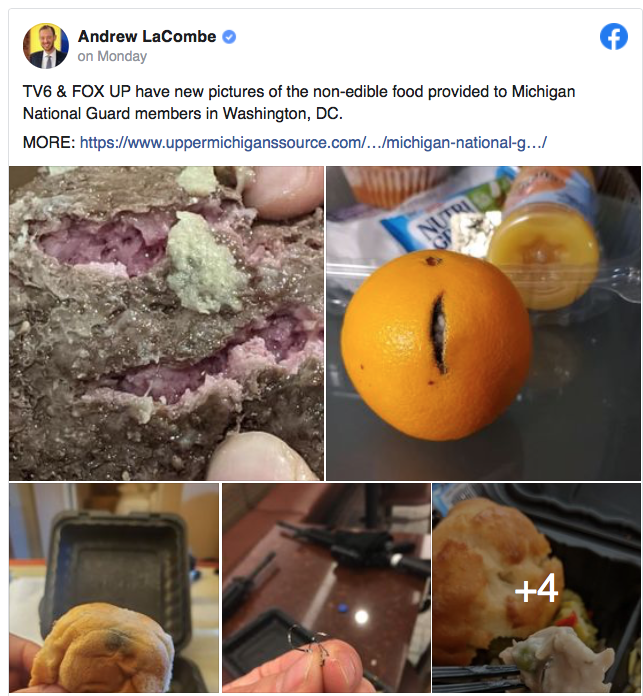 NY Post An anonymous staff sergeant with the Michigan National Guard told WXYZ that the force has repeatedly complained after more than a dozen troops were sickened by undercooked meat.

“Yesterday, for instance, there were 74 different meals found with raw beef in them,” the sergeant told the station Monday, sharing images of meat that looked completely raw in the middle. “Just yesterday … soldiers had found metal shavings in their food,” he said.

Undercooked meals that are “good from the start” were then made “even more dangerous” by a delay of up to four hours before they were served, he said.

Despite their key role in defending the Capitol against feared domestic terrorist plots, the troops were also being woefully underfed, the sergeant complained.

This is the same National Guard that was forced to sleep on the floor during the first 10 days of their deployment at the Capitol by the Biden Regime. 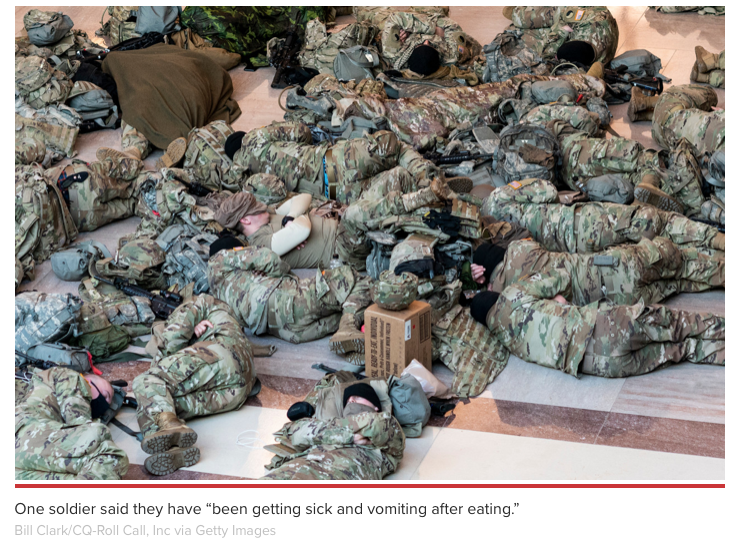 A typical breakfast was “maybe a Danish and some sort of juice,” while at times it was “clearly a dinner roll and SunnyD,” the sergeant said.

Another soldier complained last month that “Multiple soldiers have been getting sick and vomiting after eating,” the Detroit News noted.  “Morale is very bad; many have served overseas and cannot believe the quality of food they are being fed here,” the soldier complained.

The Michigan National Guard — which has nearly 1,000 troops still at the Capitol — released a statement Monday calling the reports “very concerning” and “unacceptable,” and said it was dealing with the contractor involved.

“The Michigan National Guard finds the reports of undercooked and poorly prepared food provided to our service members in Washington, D.C. very concerning. The firsthand accounts and pictures of undercooked food being served clearly shows that what is being given to Michigan’s service members is unacceptable. As soon as the first reports were received, Governor [Gretchen] Whitmer called Acting Secretary of the Army John E. Whitley to communicate Michigan’s concerns. Other Michigan senior leaders also engaged at the highest levels of the federal government to inform those in charge and to ensure that they knew of our displeasure with the conditions. Every assurance was given that the issue would be addressed and corrected.