In a familiar scenario that reflects what is happening in the West as a result of the far-left embrace of mass Muslim immigration, a bleeding heart Irish woman was attacked by four illegal freeloader wannabes on Gran Canaria after stopping to talk to them about their “plight,” it is reported. 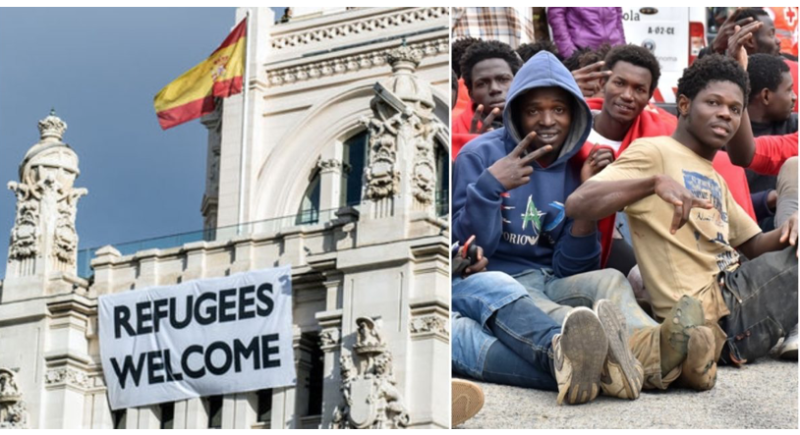 Daily Mail (h/t nita) Four suspects who had recently arrived on the Spanish holiday island from the Maghreb region have been arrested over the alleged attack on the 36-year-old. According to El Periodico, the woman is believed to have started a conversation with the men while walking through the Agua La Perra park in the town of Mogan.

The suspects, aged between 18 and 35, were arrested by the Civil Guard on Monday three days after the gang-rape allegedly took place.

The alleged victim is believed to have lived on the Canary Islands, whereas the suspects are thought to have illegally invaded only recently on a boat. Media reports described the alleged victim as an Irish expat.

Local media said they were given initially government-funded accommodations managed by the Red Cross but later kicked out for breaking the rules.

They are then thought to have set up camp in the park where the woman was allegedly attacked after enquiring about their situation.  The woman had asked if she could help them with anything, to which they responded by brutally gang-raping her,  according to Okdiario.

The four rapists were expected to appear before a judge on Wednesday. They are each expected to be charged with one count of rape and three of helping the other members of the group allegedly rape their victim. 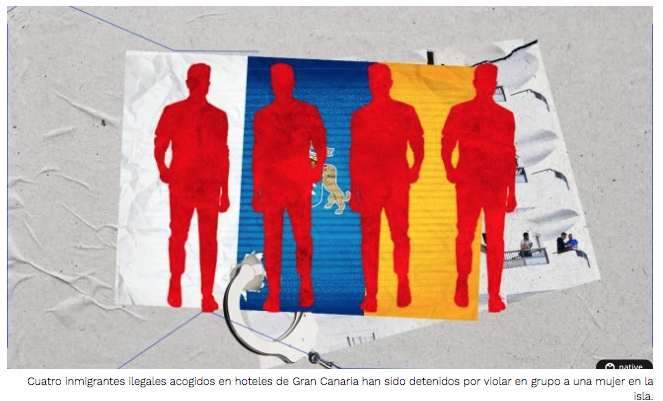 According to a report in El Dia, one of them had previously been arrested for similar events in the Mogan area, and was later released.

This kind of attack is not a one-off: POLICE in Gran Canaria have arrested four Moroccan Muslims who took turns raping and sexually abusing a female guest at an island holiday resort very popular with British tourists. 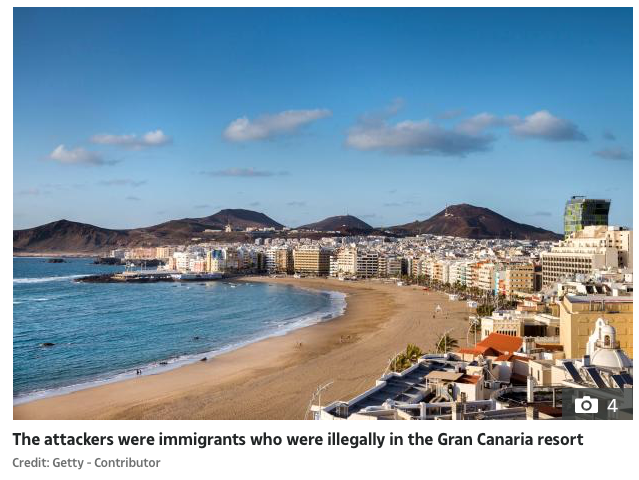 The victim told officers she had been raped by one man at behind the toilets at a shopping centre in Puerto Rico near Mogan in the south of the island – before being targeted by a second who she said she fought off before managing to escape.

But investigators who discovered the sex attack had been recorded on CCTV saw she had been sexually abused by four men who took it in turns to force themselves on her – before a fifth man tried to sexually assault her more than an hour later as she lay helpless and barely conscious on the ground.

Officers say the perverted immigrants – some of whom were illegally in Spain – took advantage of the fact she was incapacitated by alcohol to force themselves on her. It is not clear how many of the four men that committed sex attacks managed to rape her before the fifth man appeared on the scene.

They then left her lying on the ground for more than an hour until a fifth man appeared, who like the others tried to sexually abuse the victim, who on this occasion came round and tried to fight off her attacker for more than two minutes until she managed to flee.” 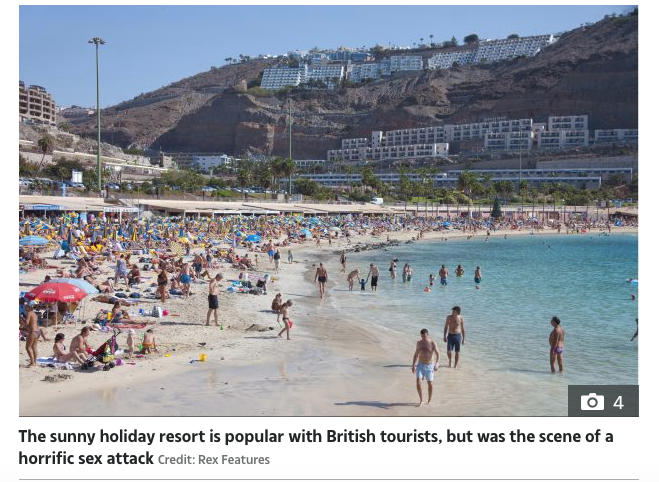