I wonder if her body parts will end up in the kebabs? It wouldn’t be the first time (See below). 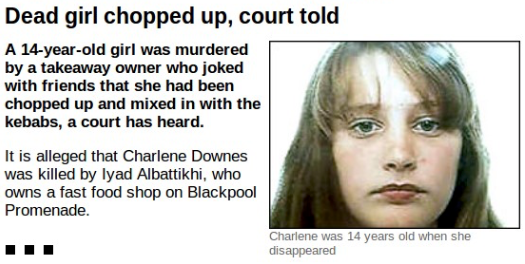 Daily Mail (h/t Elena V) A failed MUSLIM asylum seeker who chopped up a woman he met and had sex with, told police he was gay as he tried to put them off the scent, a court heard today.

Azam Mangori was ruthless in the way he tried to cover his tracks after he had lured drunken Lorraine Cox back to his room above a kebab shop in Exeter city centre last August Bank Holiday Monday, jurors were told.

A Muslim, Azam Mangori, 24, “honed in” on Lorraine Cox, 32, while she walked home after drinking with pals in Exeter, Devon, it is alleged. Jurors at Exeter Crown Court heard how Mangori had sex with Lorraine in an alleyway before taking her to his room in a flat above a kebab shop. 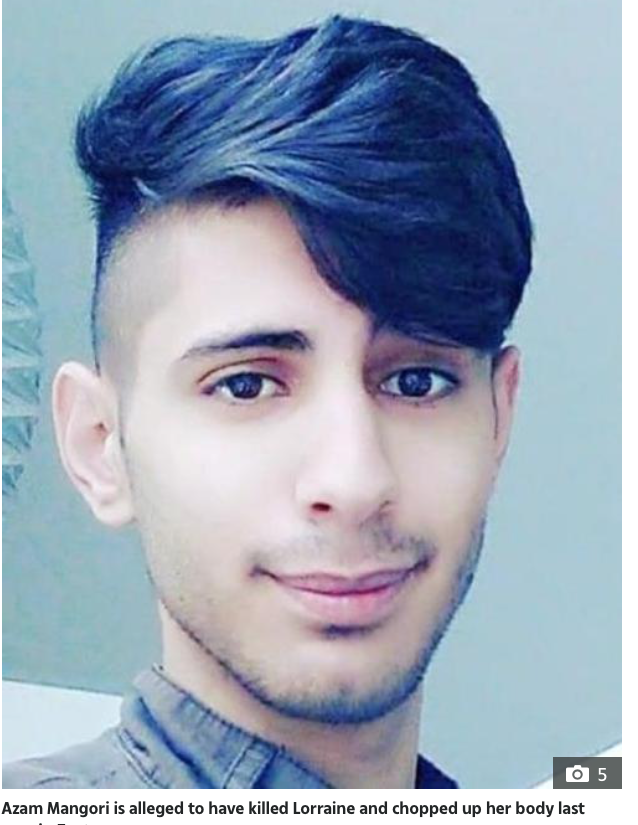 It is alleged he then killed her and cut up her body into seven pieces and then kept her remains in his apartment for several days. Mangori, an Iraqi Kurd, admits cutting off Lorraine’s arms and legs and disposing of her body parts.

But he denies murder. Lorraine Cox, 32, disappeared after the night out with friends and her whereabouts were a mystery prompting a missing persons inquiry by police. 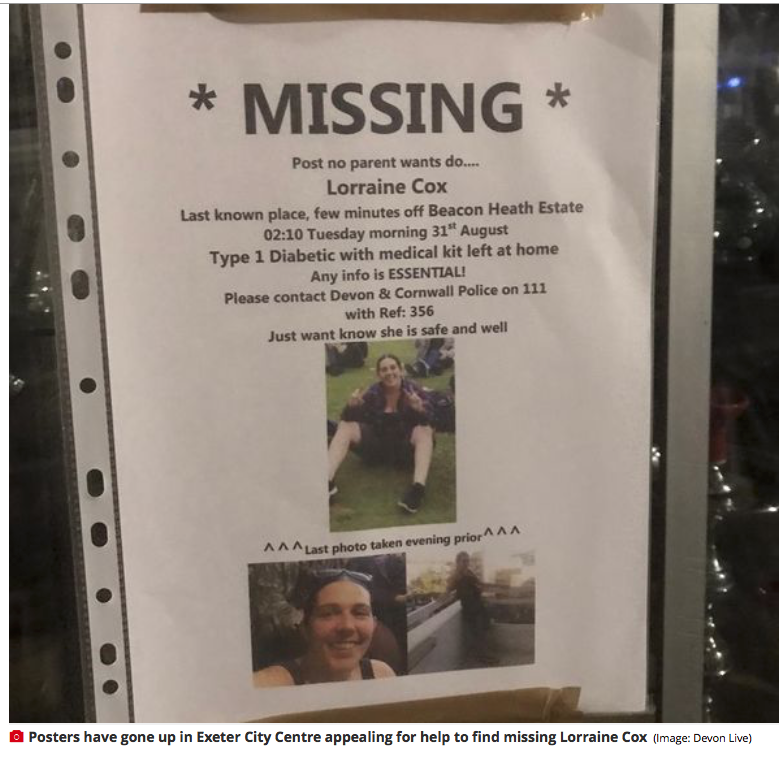 Officers launched a murder investigation after her remains were discovered a week later.  As part of their investigation into Mangori, police found a website he visited on ‘how to dig a grave by hand’, the jury was told today.

Prosecutor Simon Laws QC continued to outline the case against the 24-year-old Iraqi Kurd who denies murdering the 32-year-old. Exeter Crown Court heard Mangori had gone out around 2am that morning and spotted Lorraine as she walked home alone.

The court heard he had sex with her in an alleyway – something he recorded on his phone – and then took her to his room where he killed her. 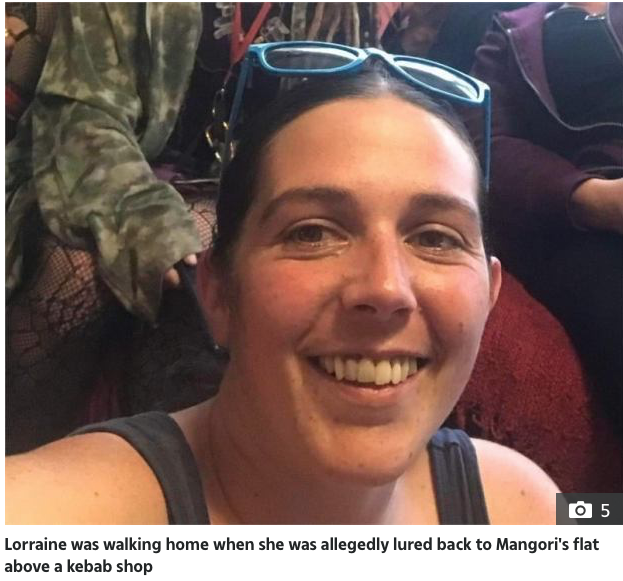 Mr Laws said Mangori then went about covering his tracks and used her sim card to make out that she was still alive as worried friends and family wondered where she was. That sim card was later found under a drain cover near the kebab shop – and in an alleyway next to the shop police later found taped black bins containing her arms and legs.

The prosecutor said he also bought cleaning materials and searched websites in a bid to help him get away with his crime. Mr Laws told jurors that after looking at the website about ‘how to dig a grave by hand’ Mangori was seen on CCTV buying a trowel.

The court heard ten days before he killed he had bought a large kitchen knife he would later use to cut up her body. Mangori admits preventing the lawful burial of Lorraine. It is said he kept her body in his room for several days before dismembering it and dumping body parts in bins at the back of the property and in woods near Newton St Cyres. 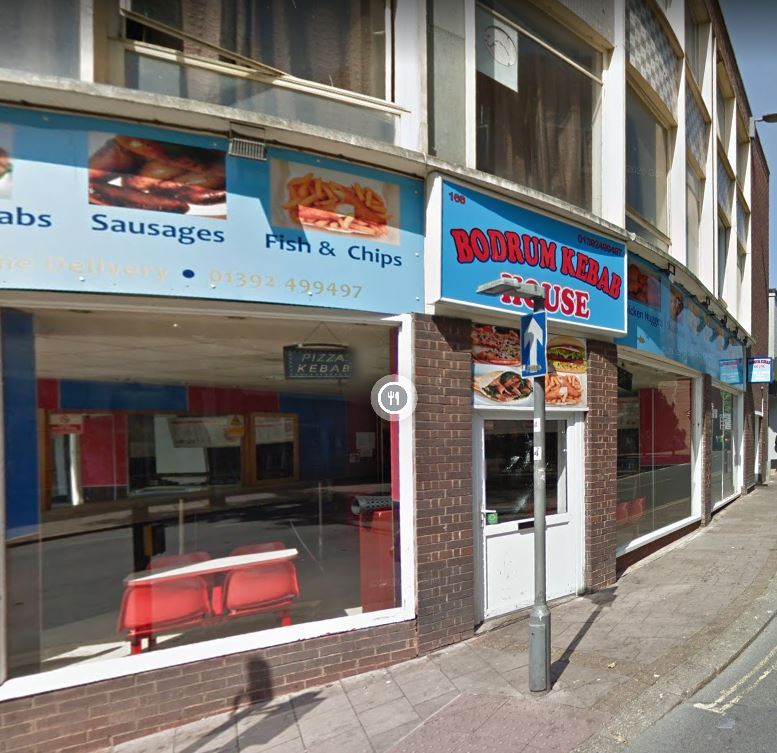