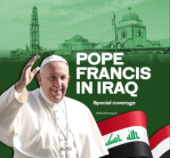 For the interfaith gathering hosted by Pope Francis during his visit Saturday near the biblical site of Ur in Iraq, the Vatican made it a point of telling journalists that representatives of Iraq’s Jewish community were invited to attend. However, the Vatican didn’t bother telling the reporters why none showed up.

Jesus and the Jews were both conspicuously missing from Pope Francis’ Saturday interfaith service at the Plain of Ur — publicized by the Vatican event as the birthplace of Abraham.

UnitedwithIsrael The Vatican hoped that Jews would be part of the events attended by Pope Francis in Iraq, with Vatican News even noting that the pope met “representatives of the three Abrahamic religions at Ur of the Chaldeans in Iraq and urges Christians, Muslims and Jews to journey along a path of peace under the stars of the promise God made to Abraham.” However, a public delegation of Jews did not attend the event.

The Pope was in Iraq to strengthen its persecuted Christian community, and Vatican officials failed to explain that the Jewish community representatives didn’t come to the gathering because Iraq’s once thriving and proud Jewish community of 150,000 fled the country decades earlier in the face of massacres, rabid government-sanctioned anti-Semitism, and pogroms.

Only a handful of mostly elderly Jews remain in Iraq today, where for thousands of years Jews had lived peacefully among Arabs. That era ended beginning with World War II when the Iraqi government became allied with Adolf Hitler and pushed the Nazi’s anti-Semitic message to the Iraqi people.

However, the seeds of hate had already been planted as hundreds of Jews were slaughtered in the infamous “Farhud” massacre in 1941. The anti-Semitic policies of the Iraqi government continued after the war and in the early 1950s Iraqi Jews working as secret agents for Israel helped 120,000 Jews escape to the young Jewish homeland.

The Pope himself noted years ago that Christians are being driven from the Middle East. His visit this weekend arrived as Iraq’s once strong Christian community has now been decimated. 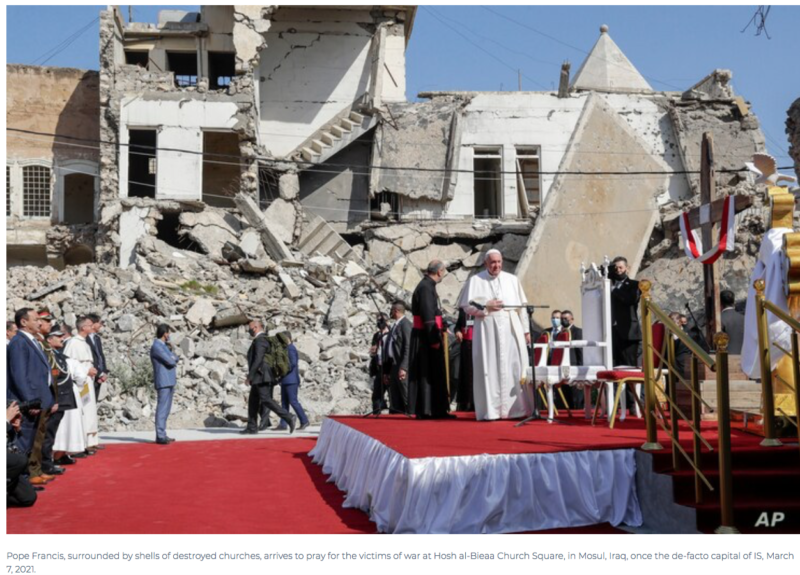 Church MilitantIn his lengthy address, Francis did not mention “Jesus” even once, and the prayer concluding the event did not use the standard trinitarian formula or end in “the name of Jesus.”

The pope avoided naming the Hebrew prophet “Isaiah” in his speech while citing the prophecy of nations beating “their swords into ploughshares and their spears into pruning hooks.”

Francis’ address and the concluding “Prayer of the Children of Abraham” also intentionally stopped short of calling “Isaac” the “son of Abraham.”