YOU ARE, Americans! YOU, who allowed Joe Biden to steal the election. No sooner was he in office that he reversed President Trump’s policy that cut ALL funding to the Palestinians. So once again, America will be sending them hundreds of millions of your taxpayer dollars every year. 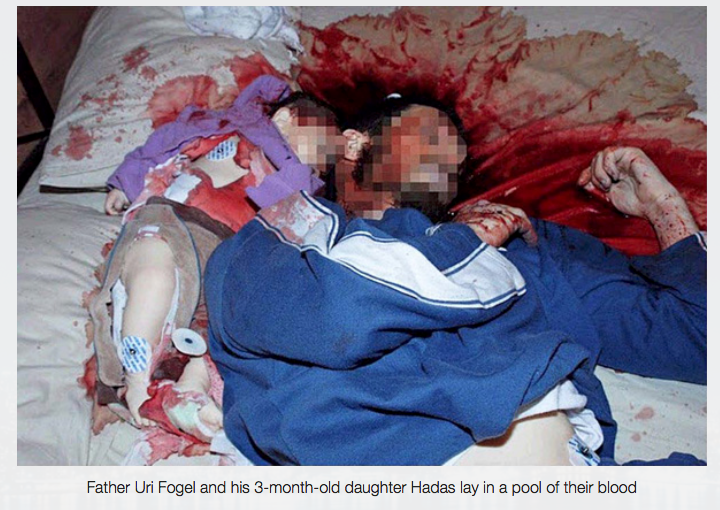 On March 11, 2011, two Palestinian teenagers, aged 17 and 19, brutally murdered Ruti and Udi Fogel and three of their children, Yoav, Elad and baby Hadas. The terrorists described with glee how they heard a baby girl crying just as they were leaving, and went back inside to slit her throat – to make sure that not one Jew was left alive. 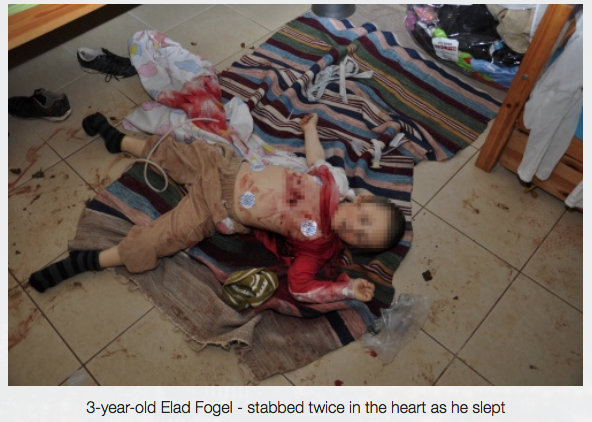 Amjad Awad was convicted of the murdering Ehud and Ruth Fogel, along with three of their young child-ren, Yoav, 11, Elad, 4, and Hadas, 3 months old, before fleeing the scene. His cousin Hakim was convicted a month earlier. Both men were sentenced to five consecutive life sentences by an IDF court. 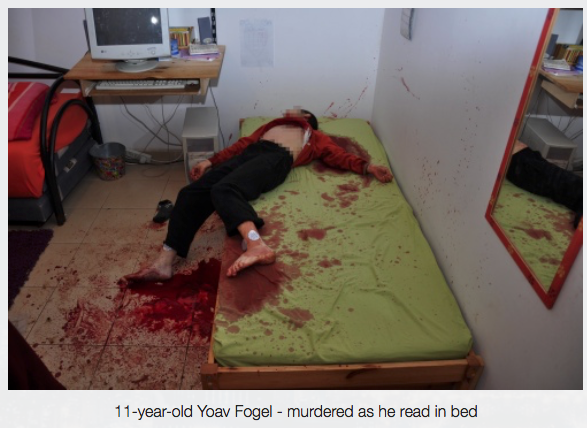 As part of its “Pay-for-Slay” terror reward policy, the PA has been paying the murderers of the Fogel family a monthly salary since the day they were arrested. As part of this policy, to date, the PA has already paid each one of the murderers 338,400 shekels ($101,847).

Here’s proof that Americans will be footing most of this salary increase:

According to the 2004 PA Law of Prisoners and Released Prisoners and its implementing regulations, the salary the PA pays to all terrorist prisoners rises with time spent in prison:

Days after the murder, Palestinian Media Watch exposed the PA incitement immediately prior to the attack. 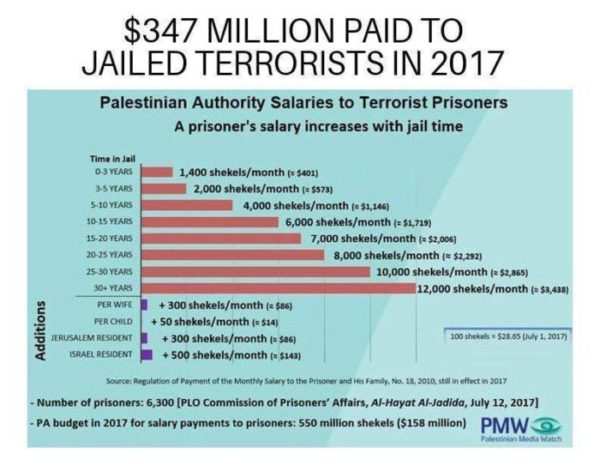 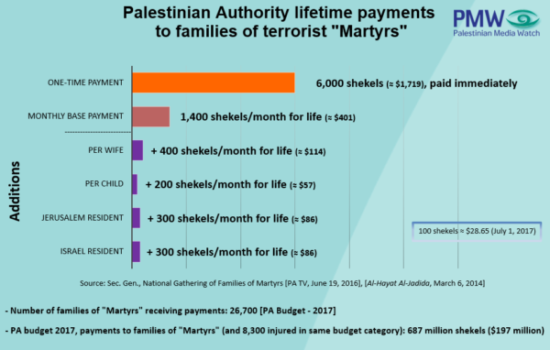 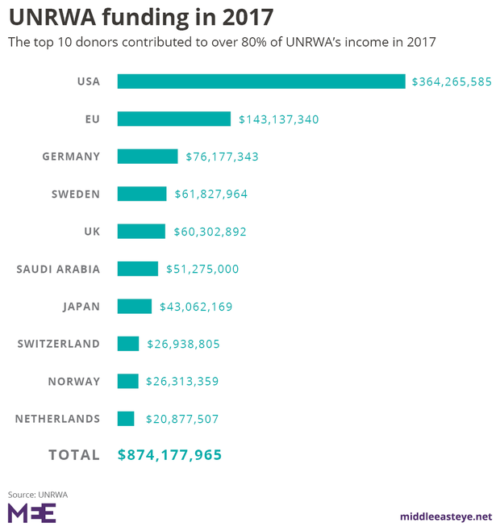 A month after the attack, a survey conducted jointly by the Harry S. Truman Research Institute for the Advancement of Peace at the Hebrew University of Jerusalem and the Palestinian Center for Policy and Survey Research in Ramallah showed that while two thirds of those surveyed opposed the attack, the remaining third supported the attack.

As PMW recently exposed, in 2020, despite the Covid-19 crisis, the PA spent no less than 512 million shekels ($159 million) paying financial rewards to terrorist prisoners –including the Fogel murderers – and released prisoners. In addition, the PA also paid hundreds of millions of shekels in rewards to wounded terrorists and the families of dead terrorists.

It took ‘Jihadi’ Joe Biden a month to place his first call to the Israeli PM, but wasted no time reassuring ‘Palestinian’ freeloaders that American taxpayer dollars would be lining their coffers once again

Sick of throwing away billions of dollars on a lost cause, the Arab World slashed funding to the ungrateful, entitled Palestinians by 81.5% in 2020