The Council on American-Islamic Relations and its Georgia chapter (CAIR-Georgia) today renewed a call for Republican Rep. Marjorie Taylor Greene’s expulsion from Congress based on a newly-revealed video showing her talking about the Islamic infiltration of her town. 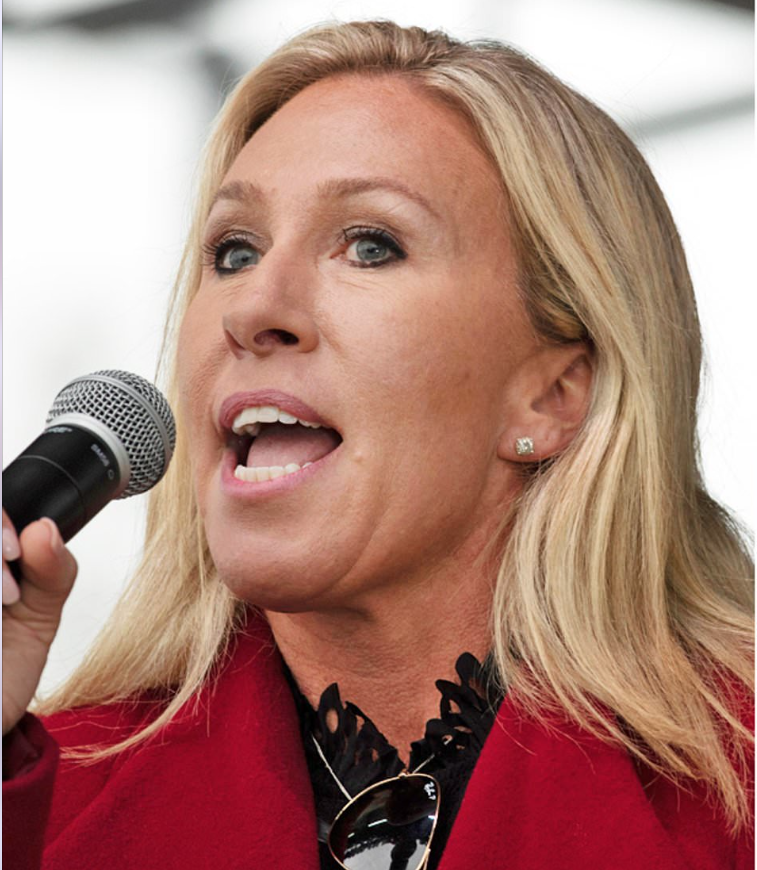 CAIR  In the video, she shows a Muslim patron wearing an Islamic attire outside a local library and makes a “racist” (Islam is NOT  a race) and “Islamophobic” (fear of Islam is NOT a phobia) remark targeting a Muslim woman in full Islamic fundamentalist attire: “I want to show you something. See that right there? Our library is full of that.”

CAIR alleges that Representative Marjorie Taylor Greene’s racist, Islamophobic and extremist views render her incapable of fulfilling her role as a member of Congress.”

In a statement, CAIR-Georgia Executive Director Abdullah Jaber said: “Such racist and Islamophobic conduct should not be tolerated by a member of Congress who must represent a diverse population made up of citizens of all faiths and backgrounds.

“Representative Marjorie Taylor Greene’s comments are not surprising given her documented history of anti-Islam bigotry and extremism. Congress should immediately take the necessary steps to expel her. Her and (First Amendment right) comments have no place in our most important institution of government, which should work to represent a diverse society,” said Huzaifa Shahbaz, CAIR’s national research and advocacy coordinator.

Earlier this year, CAIR called for her expulsion over violent and threatening remarks she reportedly made online over a multi-year period. (Which is why most non-leftist Americans love her)