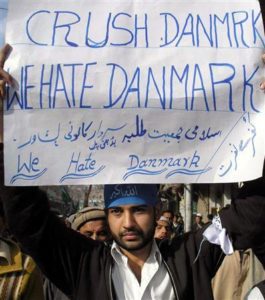 In addition to banning the burqa, slashing welfare benefits for Muslim migrants, harshly penalizing Muslims who refuse to assimilate, and restricting immigration from Muslim countries, the Danish Parliament has approved a new law that bans foreign governments from financing mosques in Denmark. The measure is aimed at preventing Muslim countries, particularly Qatar, Saudi Arabia and Turkey, from promoting Islamic extremism in Danish mosques and prayer facilities.

Gatestone Institute  In recent years, Algeria, Kuwait, Libya, Morocco, Saudi Arabia, Turkey, Qatar and the United Arab Emirates, among others, have distributed hundreds of millions of euros to finance the spread of Islam in Europe.

On March 9, the Danish Parliament voted 79 to 7 to approve Act 81, “Proposal for a Law Prohibiting the Receipt of Donations from Certain Natural and Legal Persons.” The law, which does not mention Islam or Islamic extremism by name, but is understood to be about Islam and Islamic extremism, states:

“The purpose of the Act is to prevent natural and legal persons, including foreign state authorities and state-run organizations and companies, from working against or undermining democracy and fundamental freedoms and human rights by making donations. 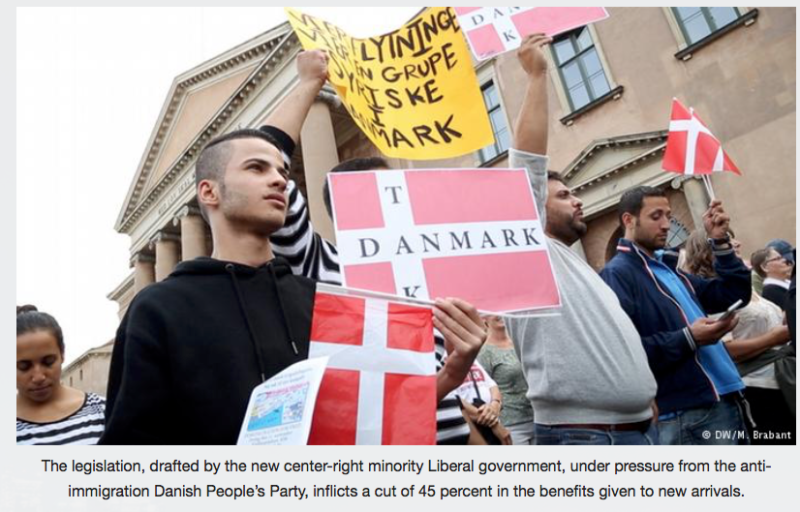 The legislation was sponsored by the Ministry of Foreign Affairs and Integration and enters into force on March 15, 2021. Foreign Minister Mattias Tesfaye said:

“Today there are extreme forces abroad that are trying to turn our Muslim citizens against Denmark and thus divide our society. Several times in recent years, the media have reported on Danish mosques receiving millions from the Middle East, among others. The government will oppose this.

“This bill is an important step towards fighting attempts by Islamic extremists to gain ground in Denmark. With this, we can take a targeted approach to the donations that undermine the values ​​on which Danish society is based.

“The bill will not solve all the problems that extreme Islamists and anti-democratic forces can give rise to. But it is a good step on the road, and it will be a benefit to society every time we can stop an anti-democratic donation in Denmark.” 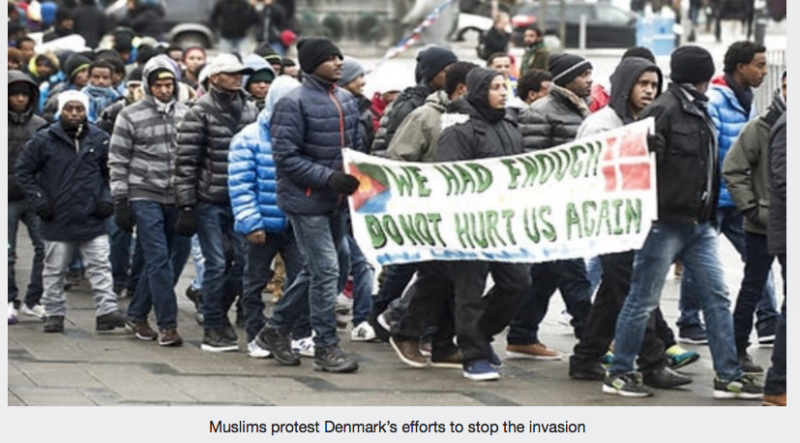 Tesfaye took action after the Danish newspaper Berlingske reported in January 2020 that Saudi Arabia had donated 4.9 million Danish kroner (€660,000; $780,000) to fund the Taiba Mosque, located in the “multicultural” Nørrebro district, also known as “little Arabia.” The donation was made by means of the Embassy of Saudi Arabia in Denmark. Berlingske subsequently reported that Saudi Arabia was financing several other mosques in Denmark.

Denmark’s Grand Mosque of Copenhagen, officially known as the Hamad Bin Khalifa Civilization Center — opened in June 2014 after receiving a donation of 227 million Danish kroner (€30 million; $36 million) from Hamad bin Khalifa al Thani, the former emir of Qatar. When the mosque was still under construction, the Copenhagen Post reported that the facility was planning to rebroadcast Al-Aqsa TV, a television broadcaster controlled by the Palestinian terrorist group Hamas.

Meanwhile, Turkey has bankrolled the construction of 27 mosques in Denmark, including in the cities of Aarhus, Ringsted and Roskilde and in the towns of Fredericia, Hedehusene and Holbæk.

Officials from nearly all of Denmark’s main political parties have expressed their support for the bill to ban foreign funding of mosques. Foreign Affairs Minister Mattias Tesfaye said:

“I take a deep distance from the extreme forces in Danish mosques. It is a real problem if donations are made from organizations that want to undermine fundamental democratic values. That is why I am glad that there is broad political agreement on the main ideas in the forthcoming bill. The bill may not necessarily solve all problems, but it is an important step in the right direction.”

Prime Minister Frederiksen recently announced that her government intends significantly to limit the number of people seeking asylum in Denmark. The aim, she said, is to preserve “social cohesion” in the country. 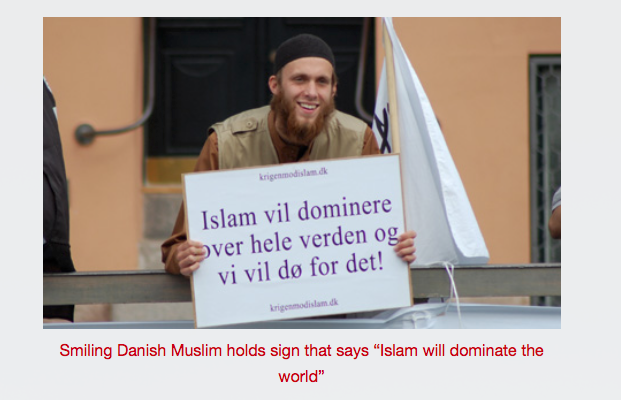 Denmark, which has a population of 5.8 million, received approximately 40,000 asylum applications during the past five years, according to data compiled by Statista. Most of the applications received by Denmark, a predominately Lutheran country, were from migrants from Muslim countries in Africa, Asia and the Middle East.

Muslims currently comprise approximately 5.5% of the Danish population, according to the Pew Research Center. 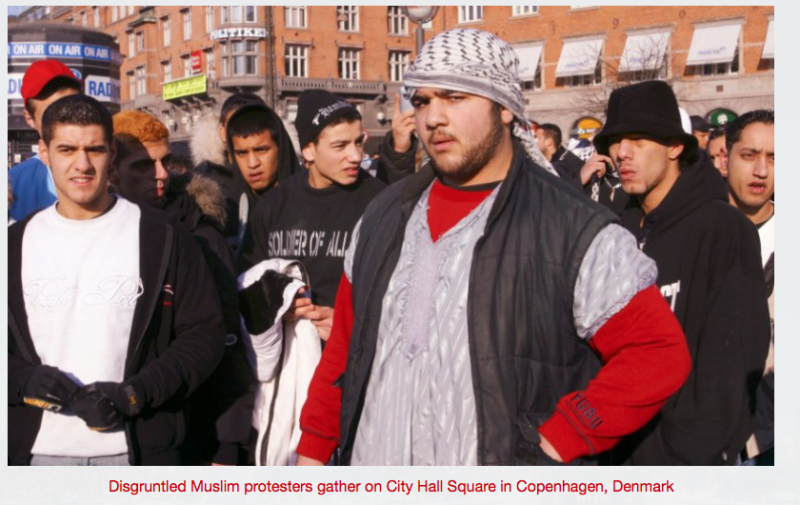 As in other European countries, mass migration has resulted in increased crime and social tension. Danish cities have been plagued by shootings, car burnings and gang violence.

On January 22, during a parliamentary hearing on Danish immigration policy, Frederiksen, a Social Democrat, said that she was determined to reduce the number of asylum approvals:

“Our goal is zero asylum seekers. We cannot promise zero asylum seekers, but we can establish the vision for a new asylum system, and then do what we can to implement it. We must be careful that not too many people come to our country, otherwise our social cohesion cannot exist. It is already being challenged.” 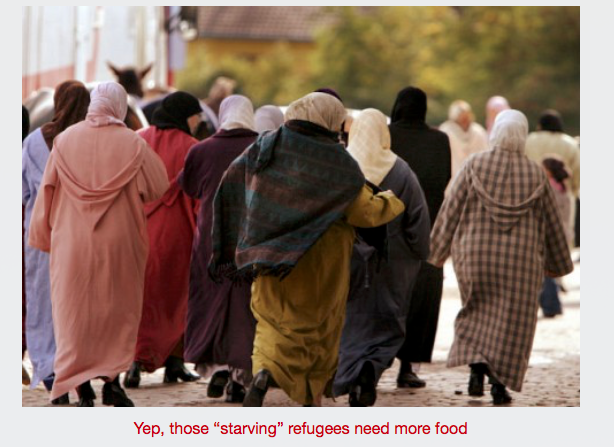 Frederiksen, who has been prime minister since June 2019, also said that “politicians of the past” were “thoroughly wrong” for failing to insist that migrants must integrate into Danish society.

Why Denmark, the once-refugee friendly country, has pulled out the welcome mat from the new Muslim invaders.

Muslim invaders already there are refusing to stay in Denmark after it severely cuts welfare benefits to the freeloader-wannabes.

Denmark takes steps to eliminate Muslim ghettos, invoking harsh penalties on those who refuse to assimilate into Danish culture.