Sickening footage has captured the moment a partially blind grandfather was brutally bashed by a group of Muslim teen gang members in a Melbourne park. The 63-year-old was walking near Pelister Place in Sunshine West when he was set upon by the youths, Nine News reported. 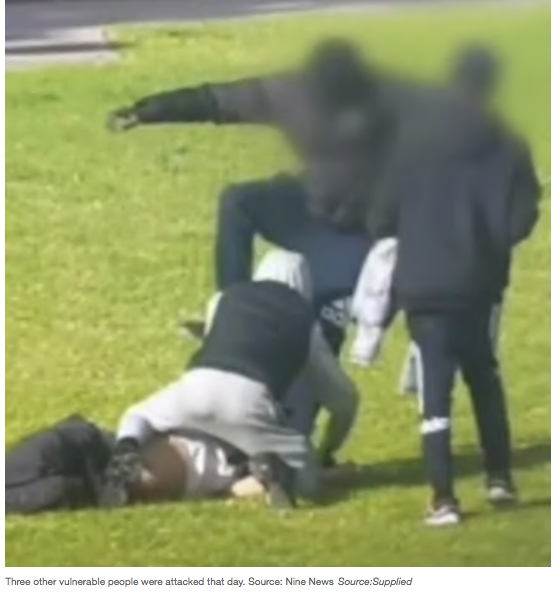 News.com.au (h/t Steve B) They dragged him onto the oval and repeatedly kicked and stomped on the victim before stealing his phone and shoes. The broad-daylight attack occurred at around 1.50pm.

Three other people were attacked that day, Nine News reports, including a university student who was punched in the face and had his laptop stolen.

Ramzy Mohammedali, 20, was sentenced to eight months, while 18-year-old Amanniwal Nyieker – pictured in the video wearing a white hood and white trackpants – was jailed for two years. A 16-year-old boy was convicted of assault but hit with a youth attendance order, meaning he served no time behind bars, while another 16-year-old boy was sentenced to six months in jail but with time served was released in January. 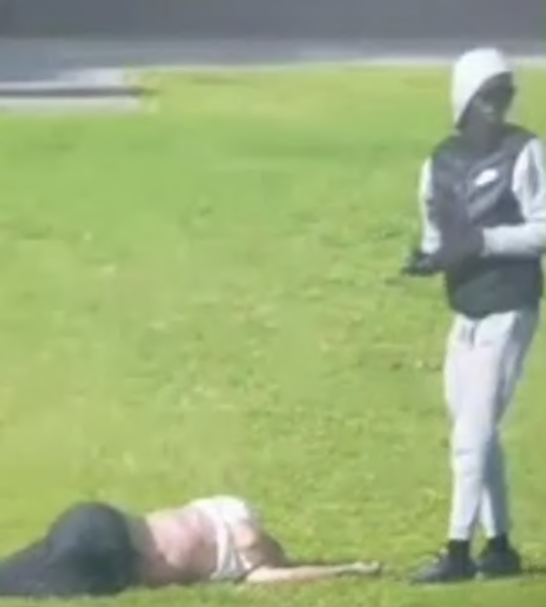 Victims of Crime Commissioner Fiona McCormack told Nine News the sentences were a slap in the face to the victims.

Mainly Muslim gangs have been blamed for robberies, aggravated burglaries, serious assaults, car thefts and home invasions across greater Melbourne and beyond. Since then there have been 654 arrests and more than 80 homes searched. Weapons seized have included guns, swords, knives, tomahawks and tasers.

In 2018, protesters gathered outside the Channel 7 headquarters in Docklands over perceived unfair media coverage against African Muslims, particularly Sudanese youth, after a series of gang violence incidents. The following year there were clashes at St Kilda beach between far-right groups protesting African Muslim gang crime and anti-racism activists.