Police on Tuesday identified a 21-year-old Muslim man, Ahmad Al Aliwi Alissa, as the suspect in the killing of 10 people at a Boulder, Colorado, supermarket. He is from Arvada, Colorado and has lived most of his life in the U.S.

Now we know why it took so long for them to identify him. Watch how fast this story disappears from the sharia-compliant media. Gee, I wonder what the motive was? Oh, that’s right, it will soon be dismissed as “mental issues.” 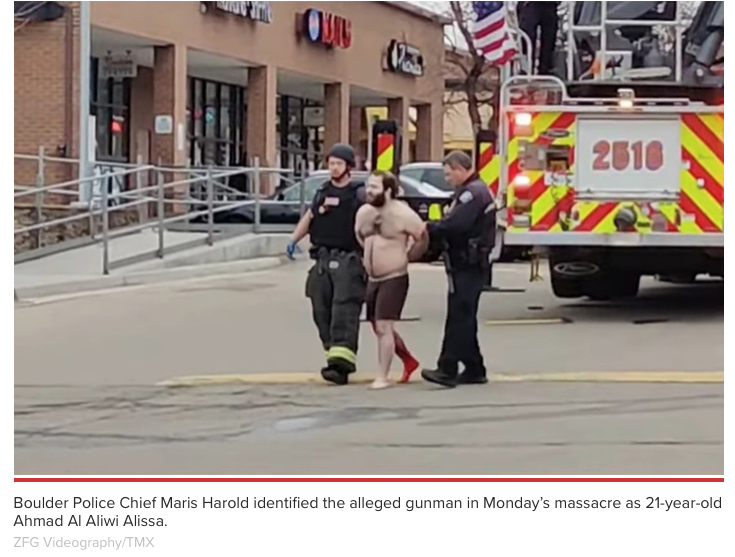 NY Post He has been charged with 10 counts of first-degree murder, Boulder Police Chief Maris Harold said at a press conference. Alissa, who was shot in the leg, was in stable condition at an area hospital and expected to be released later Tuesday, officials said.

Boulder shooter, Ahmad Al Aliwi Alissa (Facebook photo below) was reportedly paranoid and posted about”racist” Islamophobes before “killing 10 people.” According to a Facebook page, that appeared to be Ahmad’s, he was “born in Syria 1999” before he “came to the USA in 2002.” 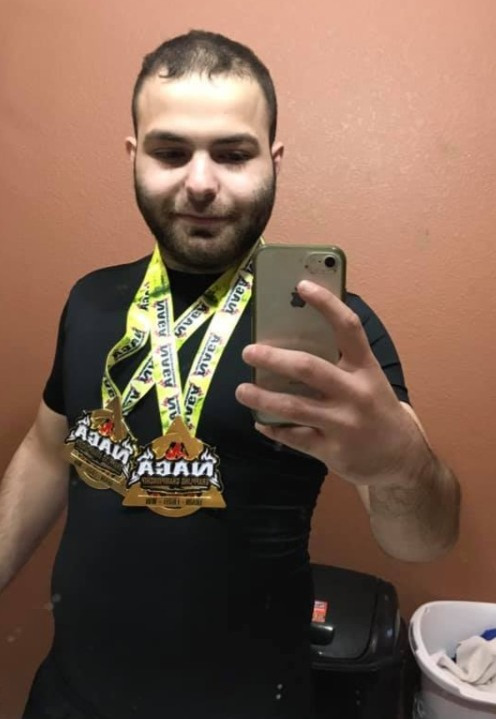 Boulder County District Attorney Michael Dougherty said authorities have not yet pinpointed a motive, stressing that the investigation is still in its early stages.

“Why did this happen?” Dougherty asked. “We don’t have the answer to that yet and the investigation is in its very early stages.”

The top prosecutor also said that Alissa appears to be the only suspect, and Harold added that he was not known to police prior to the slaughter.

UPDATE 1: (h/t Thereza B) The Muslim terrorist allegedly bought the firearm used in the attack six days earlier, and was known by former classmates to be short-tempered and paranoid, according to reports and an arrest affidavit released Tuesday.

On a Facebook page purported to belong to Alissa, he wrote messages that criticized former President Donald Trump’s response to immigration and refugees, allegedly writing “Trump is such a d—.” He also purportedly complained about not having a girlfriend and shared wrestling photos.

Speaking to the Denver Post, a former classmate, Dayton Marvel, said Alissa was “kind of scary to be around” and had once made threats against people during a wrestling match.

“His senior year, during the wrestle-offs to see who makes varsity, he actually lost his match and quit the team and yelled out in the wrestling room that he was like going to kill everybody,” said Marvel, who reportedly graduated in Arvada West High School’s Class of 2018. “Nobody believed him. We were just all kind of freaked out by it, but nobody did anything about it.”

Marvel also told the Post how Alissa “would talk about him being Muslim and how if anybody tried anything, he would file a hate crime and say they were making it up.”

The Denver Post also cited an affidavit in describing how Alissa reportedly assaulted an Arvada West classmate in 2017, when he was 18, by punching him repeatedly, including in the head. According to the reported affidavit, the person Alissa was said to have attacked “had made fun of him and called him racial names weeks earlier.” 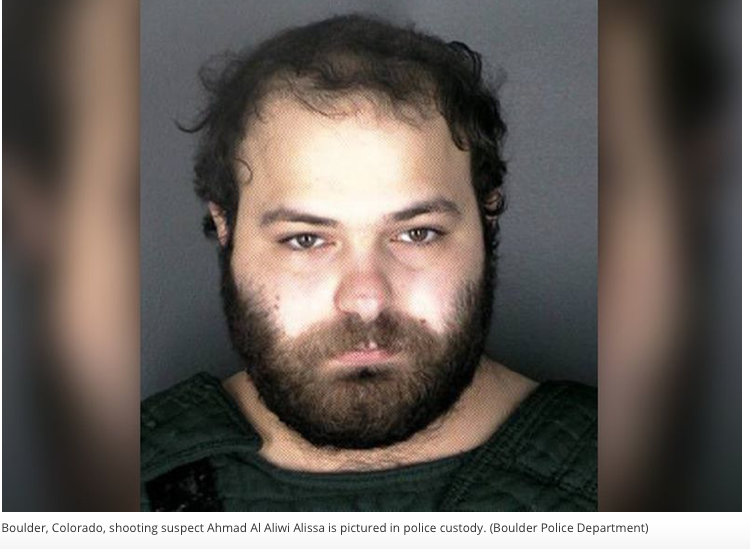