NOTE: In New York City alone, there are Muslim street vendors everywhere you look, selling “kebobs,” “falafel,” and “halal” chicken dishes. Why anyone would buy food from these unsanitary, greasy carts is beyond me, but now you have to worry about the Muslim vendors spitting in your food. 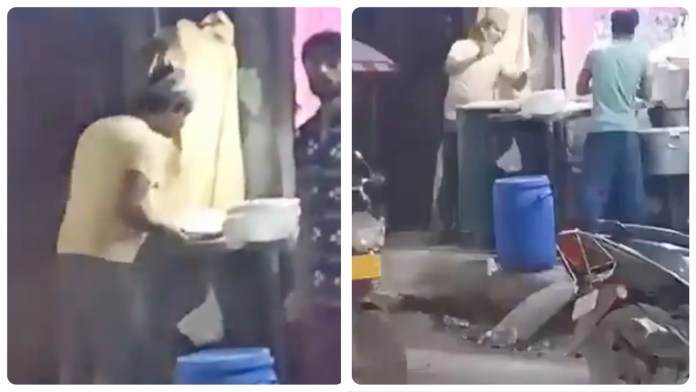 Investigation revealed that it was from Madeena hotel in North East Delhi’s Bhajanpura area. In the video, the cook was seen spitting on rotis before putting them in the tandoor. The cook was identified as Mohammad Khalik.

Last week, two other persons, Mohammad Ibrahim and Anwar, were arrested by the Delhi Police after a video of them spitting on rotis also went viral.