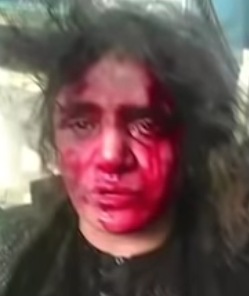 This happened in 2015. When word gets out that she has destroyed a quran, an angry mob of foaming-at-the-mouth Afghan men start beating her until her face is covered in blood. Two police officers tried to help her but the growing crowd overwhelmed them as they continued beating the life out of her while shouting “defend Islam,” until she was dead. Her limp body was then placed in front of a car that runs her over and drags her 300 feet. The mob decides to throw her dead body into a river bed after which they started pelting her with rocks. They then set her body on fire, while joyously shouting “Allah Akbar.” Police don’t arrest anyone, they just tell the crowd to disperse.