Rather than taking a knee to Far-Left/Communist Identity politics, the Polish footballers pointed to a “respect” label on their jerseys. 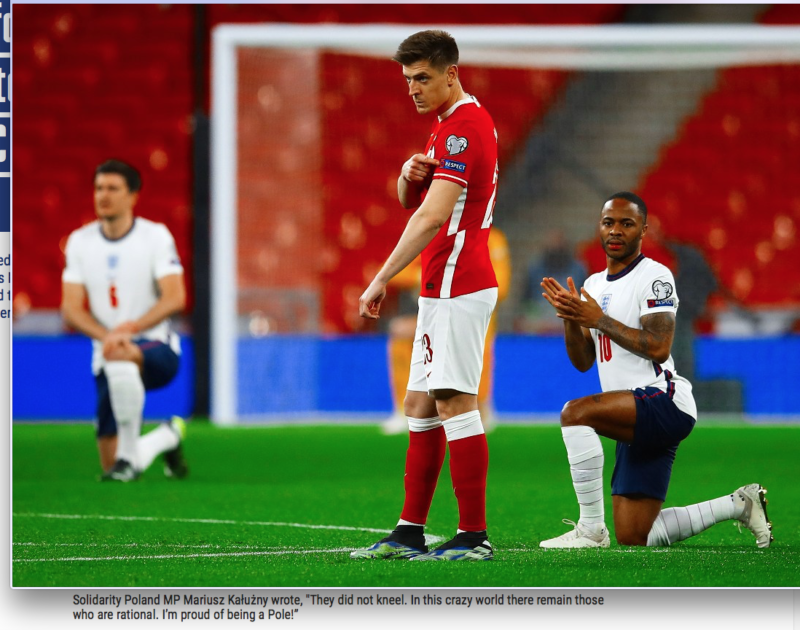 REMIX News  In Britain’s Premier League, kneeling to Black Lives Matter (BLM) before a match is a widespread practice. Players say it is meant to express their opposition to racism and show solidarity with the Black Lives Matter (BLM) movement, which claims to be an anti-racist organization, but which has been accused of fomenting division and being responsible for mass riots and murders following the death of George Floyd during his arrest.

Prior to the Poland-England 2022 World Cup qualifier at Wembley Stadium in London, the Polish web was abuzz with speculation about whether the Polish national team would kneel in support of BLM. In the end, the Polish players did not give into pressure and refused to kneel, according to Polish news outlet Dorzeczy. Instead, just like Czech players during their match with Wales, they pointed to a “respect” label on the left sleeve of their jersey.

The decision of the Polish players caused a storm on social media, yet the majority of comments positively evaluated the gesture.

Solidarity Poland MP Mariusz Kałużny wrote, “They did not kneel. In this crazy world there remain those who are rational. I’m proud of being a Pole!”

The sport channel of Polish public television TVP emphasized the importance of the Polish players’ gesture, announcing that refusing to kneel meant that “Poles have respect for all rules of fair play.”

Prior to the match, the head of PZPN, legendary Polish football player Zbigniew Boniek, voiced his opposition to any Polish player kneeling for BLM during the match.

“I am absolutely against such gestures. This is clear populism because nothing is done because of it. Footballers sometimes kneel and if you’d ask some of them why they’re kneeling, they wouldn’t even be able to tell you why,” he said. 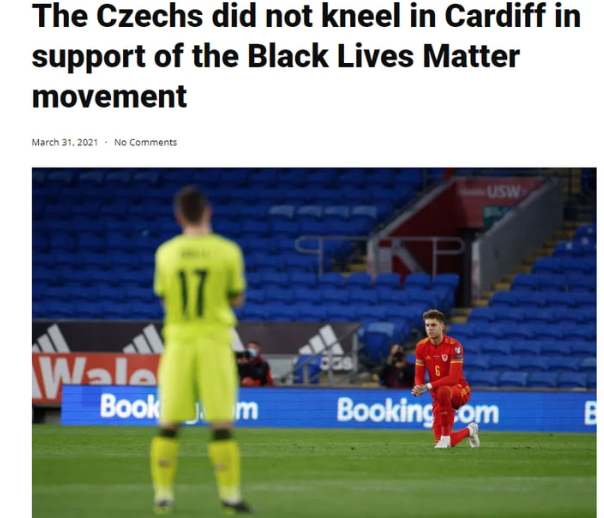 The Polish government has also expressed its opposition to Black Lives Matter in the past, with Prime Minister Mateusz Morawiecki saying last year that safeguarding  traditional values is particularly important for countries like Hungary and Poland in the face of the violence of the Black Lives Matter movement.

“When historical monuments are being destroyed in the United States and some parts of Europe, we want to counterbalance this destruction with positive programs. (…) We must ensure that Central Europe remains an oasis of common sense and peace,” he said.