The conservative-nationalist leaders of Hungarian Prime Minister Viktor Orban, Polish Prime Minister Mateusz Morawiecki, and Italian League Party head Matteo Salvini held talks in Budapest today to discuss an alliance they hope could shake up the balance of power in the European parliament. 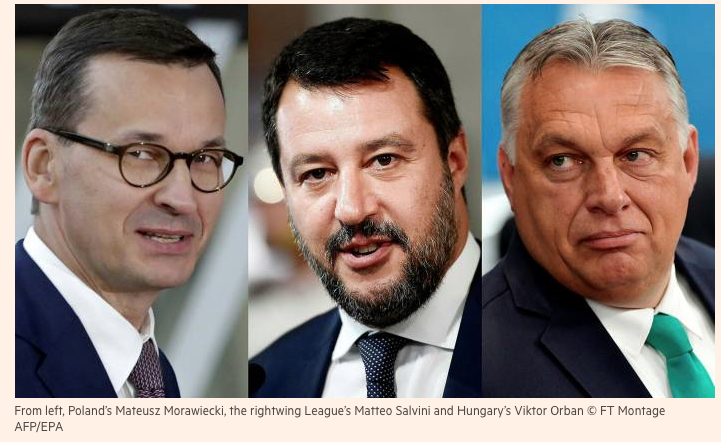 Daily Star Post Hungary’s Viktor Orban, Italy’s Matteo Salvini and Poland’s Mateusz Morawiecki could head up the band of firebrand leaders in a bid to shake up the balance of power in Brussels. They hope to form a strong coalition of disrupters within the European Parliament that could draw in other anti-EU figures to add further to their ability to influence decision-making powers.

Hungarian PM Mr Orban, a self-styled strongman leader, is holding negotiations with his Polish counterpart after taking his Fidesz movement out of the establishment European People’s Party.

And Mr Salvini hopes to join their ranks to create a “new idea of Europe”. The Italian, who leads the League party, said: “We also talk about migration policies, international alliances, attitudes towards Russia, China and the role that Turkey is playing, which is indeed, a problem at the gates of Europe.”

Poland’s ruling Law and Justice are members of the right-wing European Conservative and Reformist bloc, while League currently lead the Identity and Democracy group of anti-Brussels politicians.

Mr Orban’s resignation from the centre-right EPP has opened up the possibility of a significant anti-establishment coalition, potentially bringing eurosceptics together in a single movement for the first time.

“The European Union must find its soul, its backbone, its mission, it cannot be a mere supermarket or business center, because it will not be able to respond to the needs of 500 million Europeans,” Salvini said. 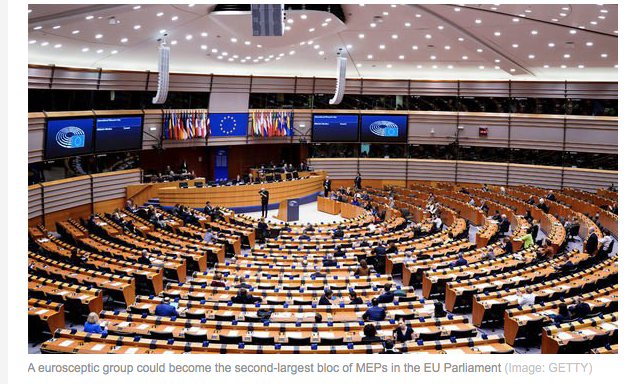 He thanked Viktor Orbán and Mateusz Morawiecki for giving him the same honors that a prime minister would receive, although he does not currently hold a government position. He added that the League is the largest Italian party preparing to govern in the next election.

He noted that the League, Hungary’s Fidesz and Poland’s Law and Justice (PiS) party share common European values, but the time was not ripe to discuss creating a separate faction in the European Parliament, according to Hungarian news outlet Magyar Nemzet.

In Budapest, we will discuss the vision of the future Europe, and we deal with work, welfare, security, identity, family, education, defense, migration, foreign policy, health cooperation, and the real life of our citizens. We are presenting a common charter with common values, purpose and reason,” Salvini said.

He mentioned the Hungarian family policy as an example to encourage population growth in Europe.

According to Salvini, some European treaties that hinder growth need to be revised. He stressed that Europe needs to do more on certain issues and give nation states freedom in areas such as electoral or judicial reform and family policy, rather than tying them up with bureaucracy.

Salvini said that the consultation with Orbán and Morawiecki was the first stop on his planned tour of European capitals, in which he wants to discuss the same topics in Portugal, France, the Netherlands, Austria, and Germany, among others.

He said that his dream is to unite the party families of Identity and Democracy and the European Conservatives and Reformists, as this would form the second largest faction, making Europe big again, returning to its original values. Salvini noted that he was not trying any other political “experiment”.

on screen for English translation of Salvini’s speech: