“Palestinian” Muslim, Dean Obeidallah, who likes to call himself a ‘comedian’ thinks it’s funny to compare former President Donald Trump to Islamic terrorist Osama Bin Laden in a bid to pressure the media to stop covering the former president’s statements. 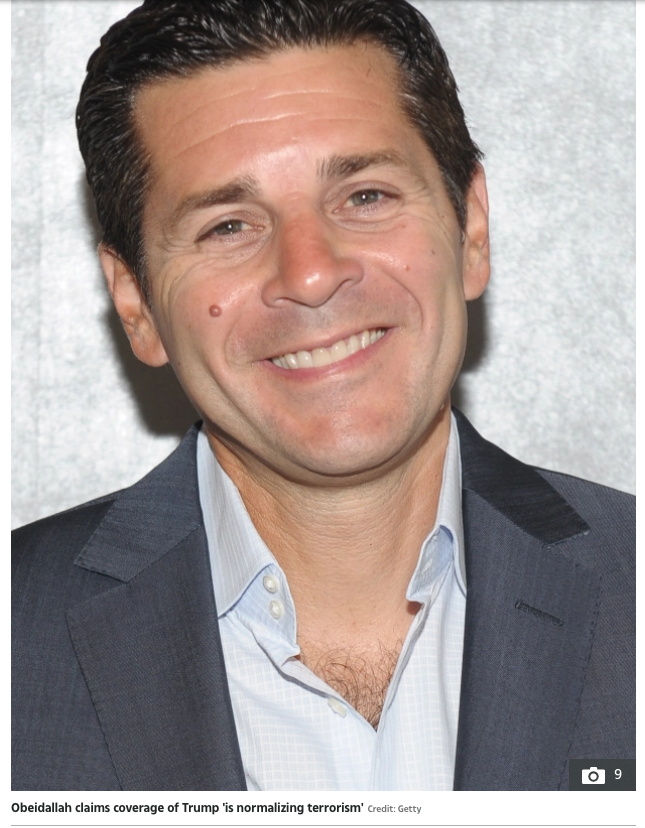 The SUN Obeidallah, who is a frequent guest on far-left MSNBC and CNN, said on Easter Sunday that Trump was comparable to Bin Laden in that they both inspired terror attacks on the U.S. 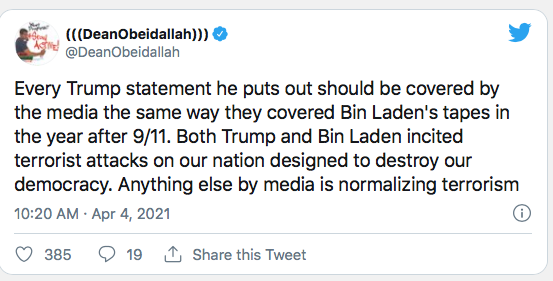 He accused Trump of inciting violence at the US Capitol on January 6 when a mob stormed the building following his rally resulting in the death of five, including police officer Brian Sicknick. Trump faced an impeachment trial earlier this year after Democrats accused him of encouraging his loyalists to rush the Capitol but he was cleared on a vote along party lines. 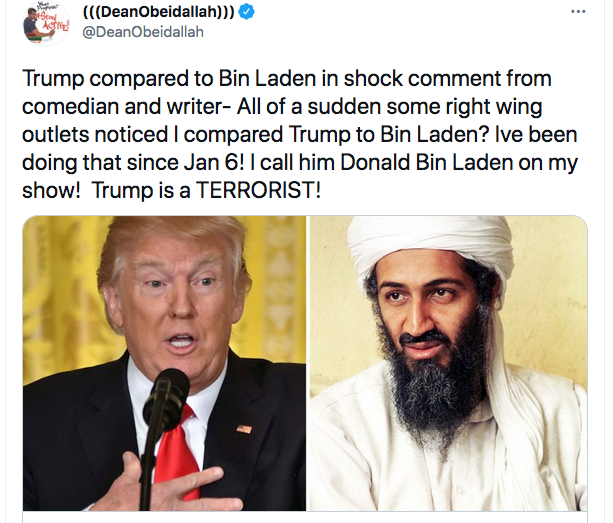 However, Obeidallah argued that despite Trump not being impeached on the charges, he should still be condemned for the violence. The CNN and MSNBC contributor called on the media to stop covering Trump’s statements as he accused them of “normalizing terrorism.” 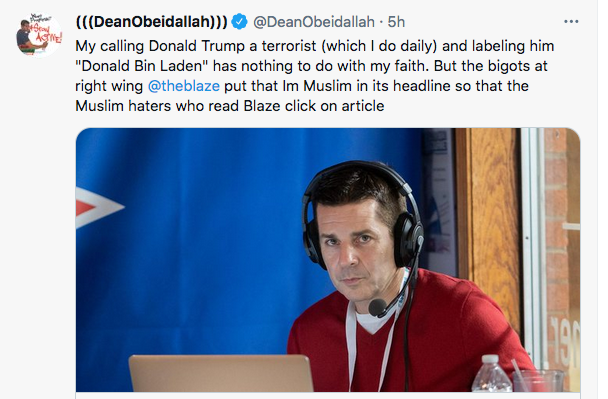 This is not the first time Obeidellah has gone after Trump or compared him to Bin Laden. 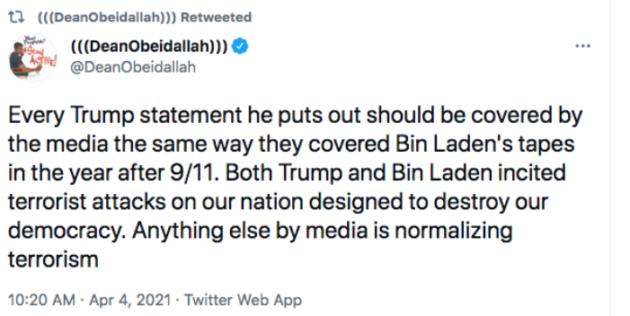 The Muslim comedian wannabe added that “white supremacy” is now “destroying baseball” after Trump called for a boycott of Major League Baseball on Saturday. The Sirius XM radio host doubled down on his statements throughout the day as he hit out at Georgia’s new voting law.

Below are more of Obeidallah’s idea of “funny” 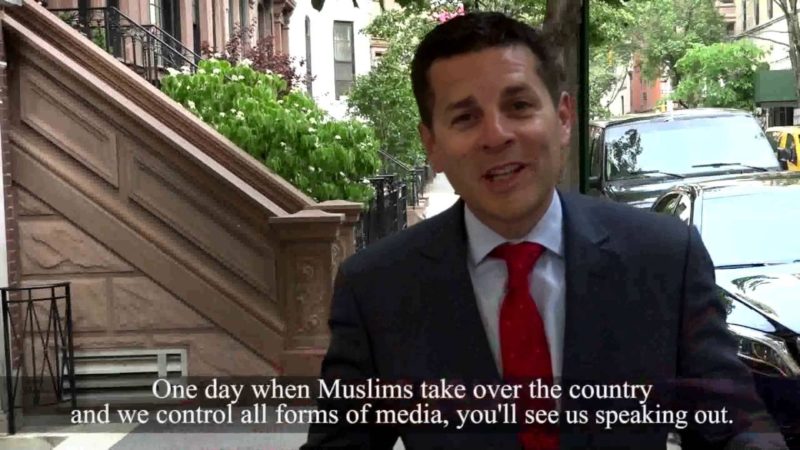 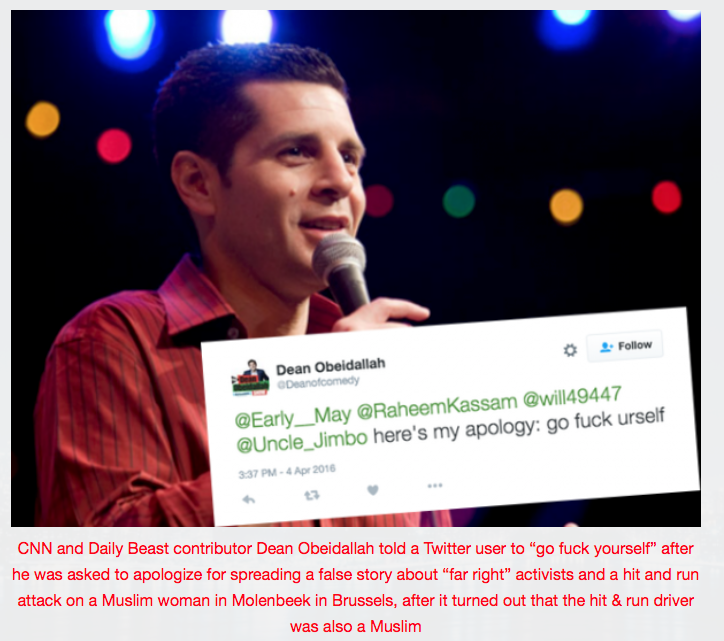 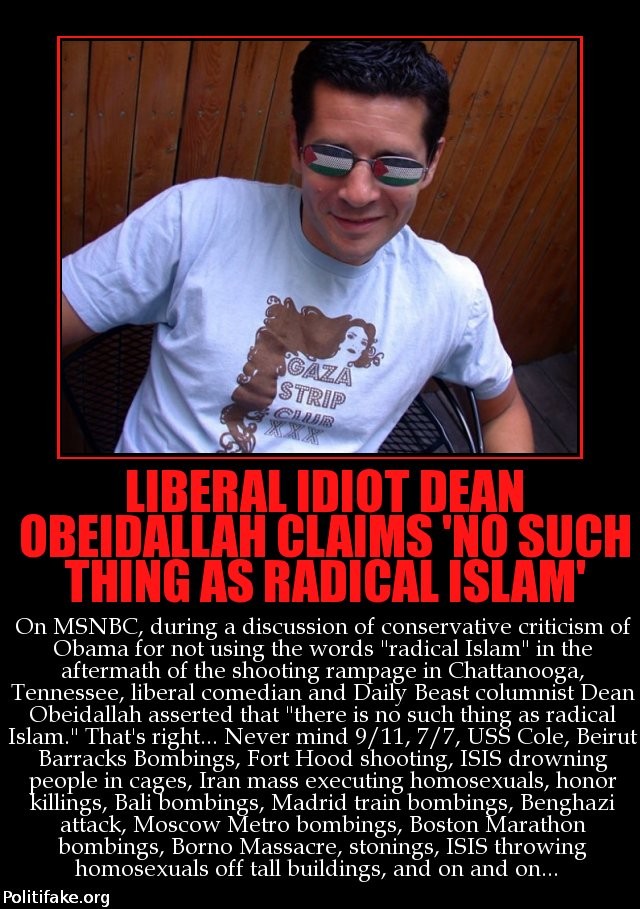 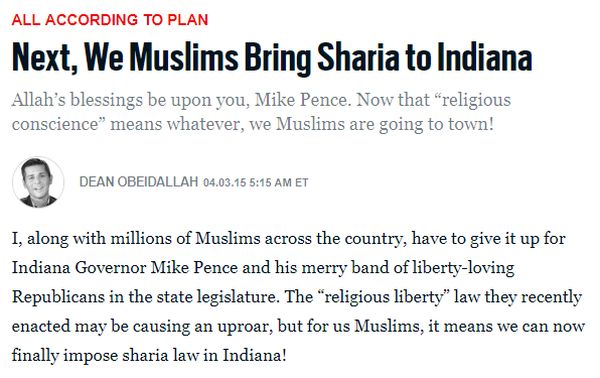 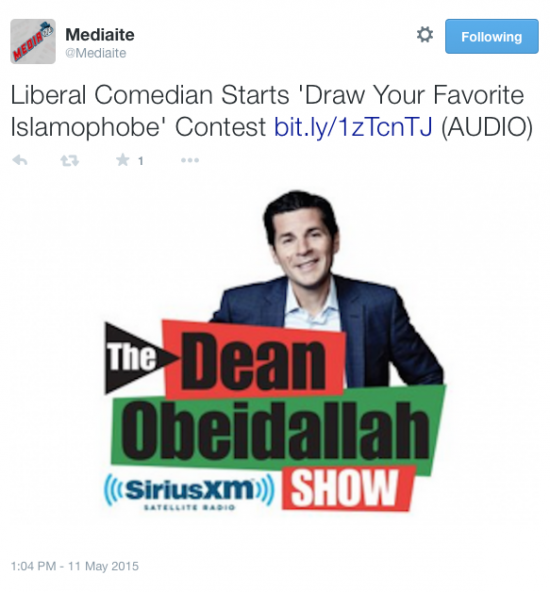 DEAN OBEIDALLAH says the Book Haram terrorists are NOT Islamic