QUICK QUESTION: What is the most fanatical terrorist state in the world?

QUICK ANSWER: According to a 2017 report––the world’s leading state sponsor of terrorism is Iran. 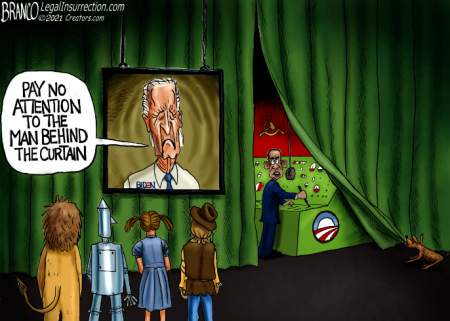 THE Postemail Back in 2017, this report was issued by the new Trump Administration’s State Department and that it departed radically from the assessment of Barack Obama’s State Department and the previous eight years of the Obama regime’s starry-eyed infatuation with that terrorist state, to the degree that both Barack Obama and then-VP Joe Biden were enthusiastic co-architects of the Iran deal (aka the Joint Comprehensive Plan of Action).

The Obama-Biden deal offered the mullahs relief from sanctions and mountains of money in exchange for their oh-so-trustworthy promise to use the nuclear weapons they were developing exclusively for peaceful purposes.

And yet, after the deal was signed on July 14, 2015––significantly, and I believe purposefully, during the three-week mourning period that Jews observe every year for the destruction of the Holy Temples in Jerusalem––and after Obama-Biden gave Iran $150 billion, and then another $1.3 billion!, Iran’s hostilities substantially increased in terror sprees in Yemen, Syria, Lebanon, Afghanistan and Iraq.

And that is not to omit Iran’s bountiful sponsorship of terrorist groups including Hezbollah in Lebanon, Hamas in Gaza, and other Palestinian groups like Islamic Jihad and the Popular Front for the Liberation of Palestine, in addition to their murderous militias of terrorism against U.S. troops.

But to me, all that pales in comparison to the oft-repeated statements of the mullahs of Iran––including Iran’s supreme leader, Ayatollah Ali Khamenei––who have been calling Israel a “cancerous tumor” and threatening to “wipe Israel off the map” for decades now.

Significantly, German Chancellor Angela Merkel’s government has declared that Iran’s call to obliterate the State of Israel is not an expression of antisemitism but simply “anti-Israel rhetoric.” Coming from Germany, never has the expression “consider the source” been more apt! 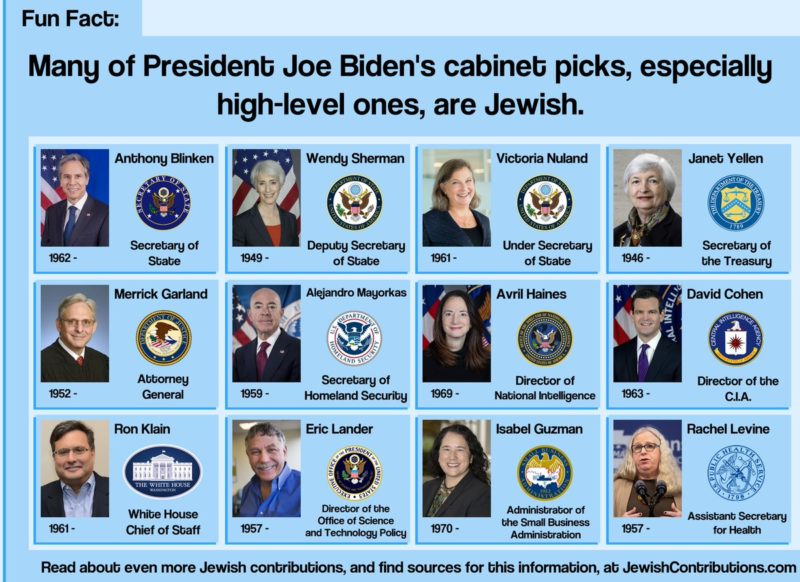 Let’s look at the appointments and proposed appointments, so far, of the Biden-Harris regime:

MAHER BITAR for Senior Director for Intelligence of the National Security Council (NSC). According to the esteemed Daniel Greenfield, Biden has put an aggressive anti-Israel activist and Boycott/Divest/Sanction (BDS) supporter––who has called for the destruction of Israel––in this powerful position. At a conference in Georgetown of the Palestine Solidarity Movement––a BDS anti-Israel hate group––Bitar lectured on how to best demonize Israel. “Bitar’s rise through the ranks,” writes Greenfield, “speaks to the abandonment of Israel by the Democrats and the ineptitude of pro-Israel advocates at fighting the personnel battles that define the government.”

ANTHONY BLINKEN, who is Jewish, for Secretary of State. According to the Zionist Organization of America (ZOA), “after notorious Jew-hater and BDS promoter Linda Sarsour spoke at the Democratic National Convention,” a Biden staffer “mollified” the outraged Jewish community by stating that Biden “condemns [Sarsour’s] views and opposes BDS…” But “Blinken and other top Biden staffers quickly apologized profusely to Sarsour! He also praised radical anti-Israel J Street as a ‘constructive force,” and opposed designating the terrorist Iranian IRGC as a foreign terror organization.

KRISTEN CLARKE to head the Civil Rights Division of the Department of Justice. Paul Miller, executive director of the Haym Salomon Center, documents that Clarke “has a troubling history of advocating for anti-Semites and representing anti-Semitic lies as ‘fact.’” In one of many examples, Miller cites that as the head of Harvard’s Black Students Association, Clarke endorsed and supported Tony Martin, a staunch anti-Semite and Holocaust denier who wrote a book called The Jewish Onslaught in which he attacked Judaism and the Jewish people. Clarke said he based his opinions on “indisputable fact.”

REEMA DODIN for Deputy Director of the White House Office of Legislative Affairs. According to the ZOA, Dodin’s background as a Palestinian propagandist and supporter of suicide bombings is so egregious that she should be fired on the spot. Dodin also organized anti-Israel rallies at UC Berkeley; spread Medieval-style blood libels, including the false claim that Israel denies Palestinian Arabs food, water, and medical treatment, et al. She was also a leader of the Hamas-affiliated Muslim Students Association and has close ties to the Council on American Islamic Relations (CAIR).

AVRIL HAINES, who is Jewish, for Director of National Intelligence. Described as being rabidly anti-Israel, Haines was Obama’s deputy national security adviser and deputy director of the CIA and is now the deputy director of Obama’s Columbia World Project which attracts huge donations from foreign sources, many of them openly anti-Israel. Last May, she signed a vicious J Street letter with 30 notoriously Israel-loathing former foreign-policy officials calling on the Democrat Party to oppose Israel’s lawful rights in Judea and Samaria, et al.

JOHN KERRY, who has Jewish roots, as Envoy for Climate. With personal connections to Iran, Kerry has been accused of “nuclear nepotism.” Adam Berkowitz has written that “even the Israeli leftist newspaper Haaretz is appalled by John Kerry’s bungled, counterproductive, utter capitulation to Hamas.” And Joseph Klein has written of Kerry’s farewell stab at Israel when he was Secretary of State under Obama.

KARINE JEAN-PIERRE for White House Press Secretary. The former head of MoveOn.org, a far-left anti-Israel group, and recent campaign adviser for Kalamity Harris, Jean-Pierre has praised lawmakers for boycotting pro-Israel groups and has accused Israel of “war crimes.” And during the Democratic primary, she celebrated Democrats who boycotted the American Israel Public Affairs Committee (AIPAC)––a lobbying group that advocates pro-Israel policies to Congress.

ALEJANDRO MAYORKAS, who is Jewish, for Secretary of the Department of Homeland Security. Mayorkas is a board member of HIAS, which partners with terrorism-financier Islamic Relief. He has undermined Israeli repatriation policies regarding illegal immigrants and signed a letter defending and praising Jew-basher Linda Sarsour. Mayorkas’ involvement with HIAS contradicts the role of DHS, which is to protect the safety of Americans.

DENIS McDONOUGH for Secretary of the Veterans Administration. The former Chief of Staff for Obama, McDonough spoke at the anti-Israel J Street convention and falsely condemned Israel’s “occupation.” As Obama’s Deputy National Security Advisor, he praised the imam of a Virginia mosque, knowing that the imam was a Muslim Brotherhood leader and VP of the Islamic Society of North America (ISNA), which directly funds Hamas.

SUSAN RICE for Domestic Policy Advisor (aka Biden’s Valerie Jarrett). The serial liar and inveterate Israel- basher was Obama’s senior foreign-policy advisor and also John Kerry’s chief foreign-policy adviser when he ran for President. Kerry’s idea for dealing with the Middle East was to appoint not one but two diehard enemies of Israel––James Baker and Jimmy Carter–as negotiators. Faced with a firestorm of criticism, Kerry backed down and blamed his staff, which consisted of Susan Rice!

WENDY SHERMAN, who is Jewish, for Deputy Secretary of State. Sherman negotiated the disastrous Iran deal. An Amazon reviewer summed up Sherman’s 2018 book as follows: “A weak apologia from someone who mishandled every major negotiation she worked on.” Again, ZOA spokesmen spell out Sherman’s threat to Israel of consequences from the United Nations (aka the virulently anti-Israel cesspool in NY City) if Israel did not accept a Palestinian [terror] state; she praised arch-terrorist Yasir Arafat as “the leader of the resistance movement” and downplayed the PLO suicide bombings and other terror attacks on innocent Israelis that Arafat engineered; on and on.

Unfortunately, because of space limitations, this is the short list! But you can see some of Biden’s other Jew-hating, Israel-loathing appointments here.

But we love Jews and we love Israel, Democrats––including Jewish Democrats––exclaim! After all, they say, Joe’s children married Jews so he has Jewish grandchildren, and Kalamity Harris is married to a Jew, and look how many Jews Joe has appointed so far!

All true, but what they fail to mention is that Joe’s Jews have a particularly poisonous antipathy to Israel––a condition unmistakably and accurately identified as antisemitism! 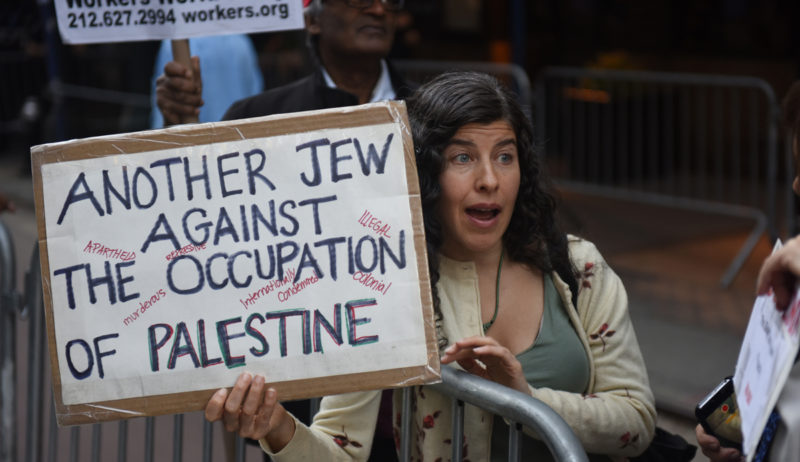 Make no mistake, Biden’s Court Jews, like Obama’s, are identical to those of the past––going back centuries––who financed, supported, licked the boots of and sold out the Jewish people in order to gain the personal influence, privileges, wealth, proximity to power, and protection that the “nobles” afforded them.

These quislings helped Roman emperors and other leaders over centuries kill Jews. They helped Hitler kill Jews. But after their groveling and traitorous service, they were blamed for economic downturns and used as scapegoats to explain away the failures of the evil regimes and leaders they abetted. 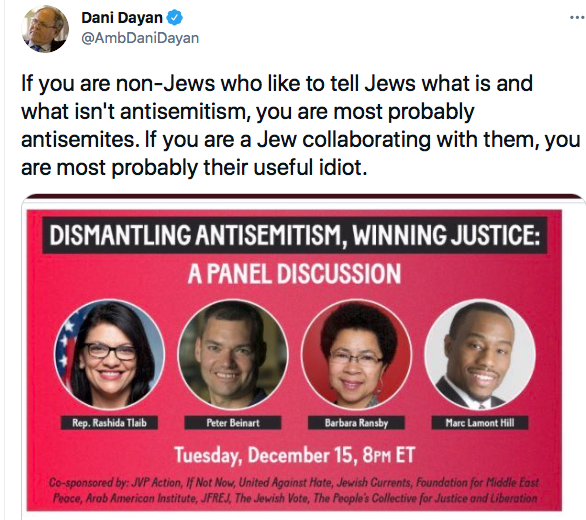 Journalist Melanie Phillips once wrote of Obama that he “is attempting to throw Israel under the Islamist bus, and he’s getting American Jews to do his dirty work for him…” Looks suspiciously identical to what Biden & Co. have already begun with his appointments of people who clearly hate Jews and loathe Israel.

Writer Mona Charen once wrote of Obama’s “genocidal hostility toward Israel.” Is there any difference today? 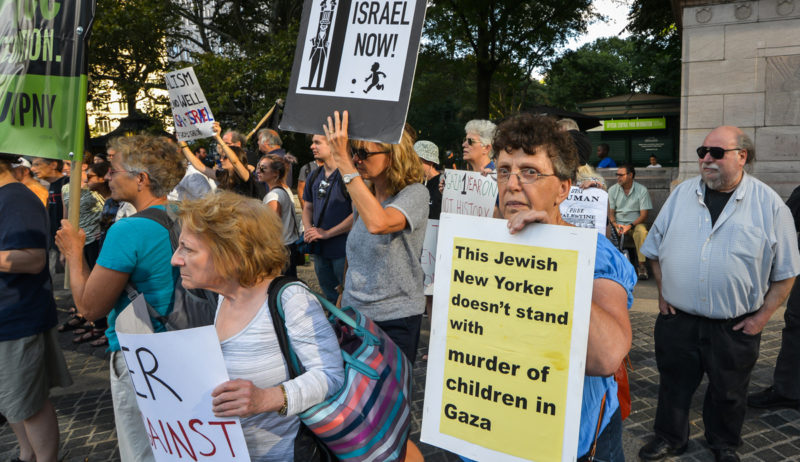 MAKING SENSE OF THE NONSENSICAL

Why would people who hate Jews surround themselves with so many of them? As Don Vito Corleone warned his son Michael, “Keep your friends close, but your enemies closer.”

As much as the enemies of Jews hate them, they also fear them. They can’t figure out how a historically besieged people—whose population today is about 15 million, as compared to, say, Muslims whose population is 1.3 billion, or a world of almost eight billion—have not only managed to survive the Inquisition, Crusades., pogroms, concentration camps and pandemics of anti-Semitism, but to flourish and rise to the top echelons of any community they’ve ever lived in. 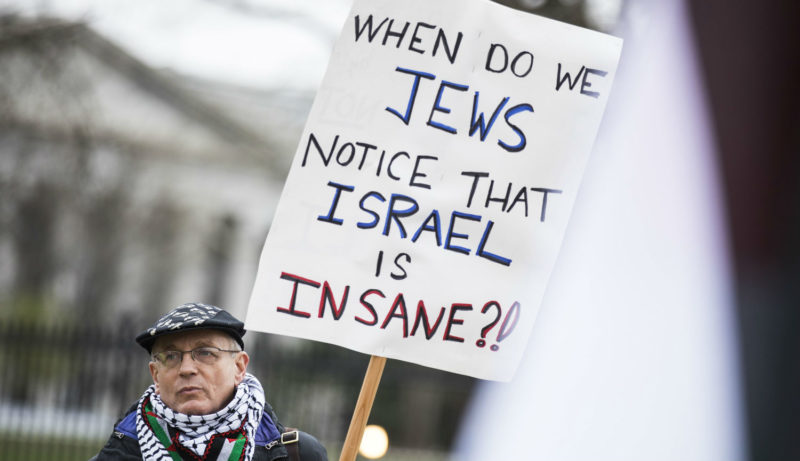 In short, they want the brains of the Jews and also the ability to blame them when things go wrong!

But don’t these smart Jews know they’re being used? Yes and no. They’ve studied history, but they think that the passage of time has made them immune from mistakes of the past. Of course they’re wrong. Fools and dupes always get fooled and duped.

Unfortunately, too many Jews over the ages have been seduced by the hope-and-change rhetoric of the Left, so yearning are they to be “liked” by the cultures that have ultimately rejected them. 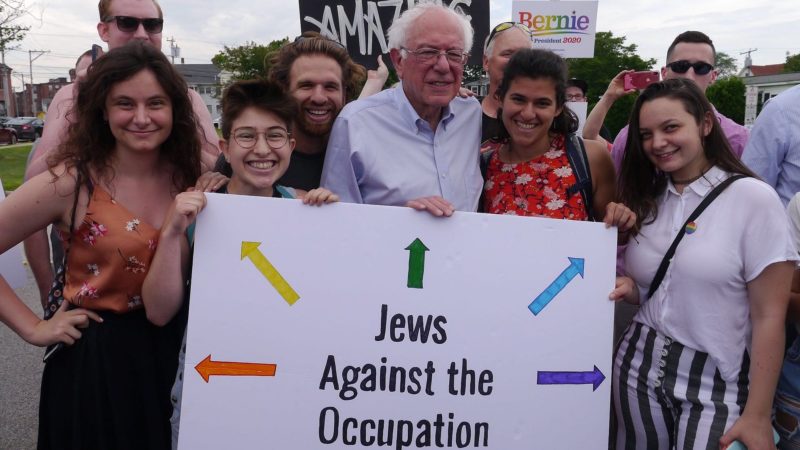