Joshua Washington, director of the Institute for Black Solidarity with Israel (IBSI) asks: “If Black Lives Matter is supposed to be about police killings of unarmed Black people, why is part of its focus on Israel thousands of miles away – as opposed to, for example, the African slave trade in Libya, Saudi Arabia, Mauritania or Qatar?”  “BLM leaders are using the Black community as a cudgel against Israel, garnering much personal wealth in the process.”

United with Israel Instead of using the funds to help solve the problems of police disproportionately targeting black people, BLM has been diverting funds for alternate agendas like its anti-Israel activism.

“This is not a movement that was hijacked. On the contrary … BLM is the hijacker,” said Washington. 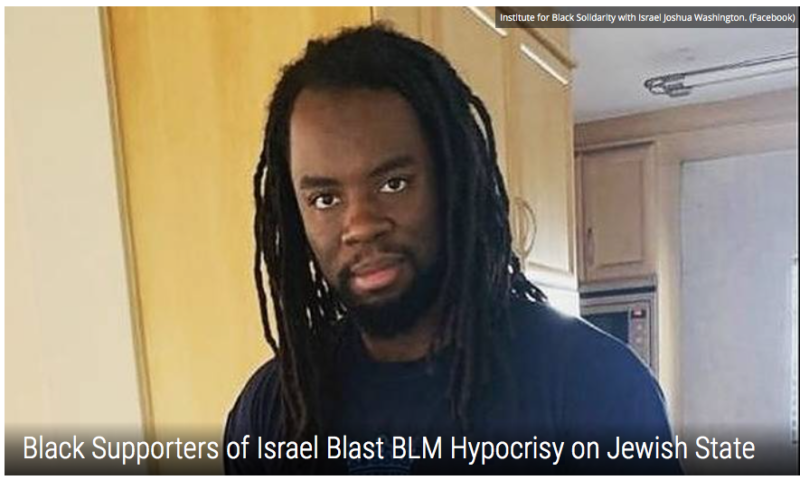 Following the 2014 killing of Mike Brown Jr. by a white cop in Ferguson, Montana, “the world saw the Israeli-Palestinian conflict forcibly injected into the bloodstream of what was supposed to be a movement about police brutality and criminal justice,” noted Washington.

“‘From Ferguson to Palestine’ was the rallying cry created in order to demonize Israel, falsely correlating the plight of the Palestinians with black Americans, and even blaming the Jewish State for American police violence,” Washington said.

He noted that in a 2016 interview, BLM leader Patrisse Cullors said: “It was important for the Black Lives Matter movement to show up to Palestine … we believe that Palestine is the new South Africa.”

Washington slammed those comments, saying it is “reprehensible and manipulative” for falsely trying to link Israeli counterrorism efforts with any sort of racism or injustice by American police. 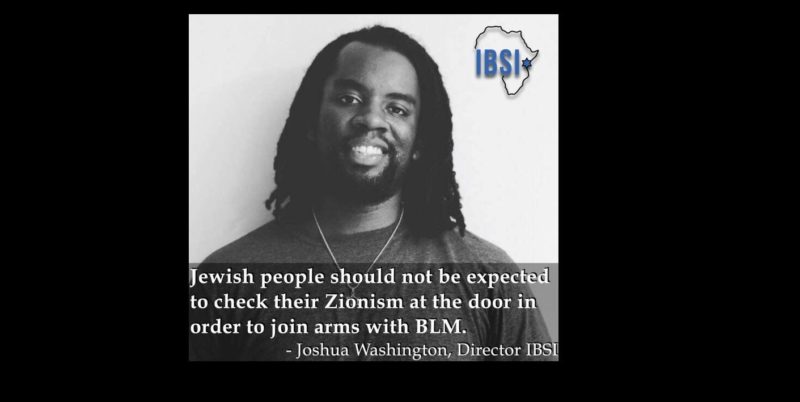 Without directly mentioning left-wing anti-Israel agitators, Washington noted that the anti-Israel stance of BLM can also be explained by the fact that “many of those who continue to defend BLM are not members of the black community.”

“For far too long, Israel-haters have been exploiting black communities (Think CAIR). They have feigned solidarity with us and pretended to be our ‘allies’ while effectively stealing from us,” said Washington.

In September, Washington addressed an #EndJewHatred event at the University of Southern California, demanding an end to discrimination against Jews on campuses. Saying that Jewish students are being “bullied” to reject Zionism, “their liberation movement, to satisfy anti-Jewish fetishes on campus,” he encouraged those students to stand strong.