The ‘Jihad’ Squad’s Ilhan Omar and Alexandria Ocasio-Cortez are slamming Joe Biden over his administration’s decision to maintain a limit on refugee admissions at the very low level instituted by the Trump administration. 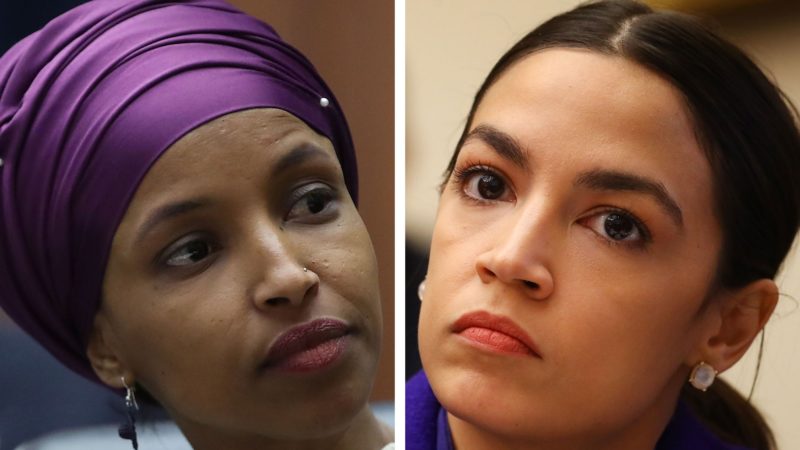 Breitbart Biden will not increase the number of refugees allowed to enter the U.S. this year, according to a senior administration official, breaking a prior promise to raise the cap from the historically-low level set by the Trump administration.

Biden notified Congress in February that he would increase the number of refugees allowed to enter the country from 15,000 to 62,500 in the fiscal year ending Sept. 30, upping it to 125,000 for the following year. But he never signed the presidential determination that would actually raise the cap, effectively keeping the cap at Trump-era levels. Such paperwork is usually signed shortly after a policy announcement. 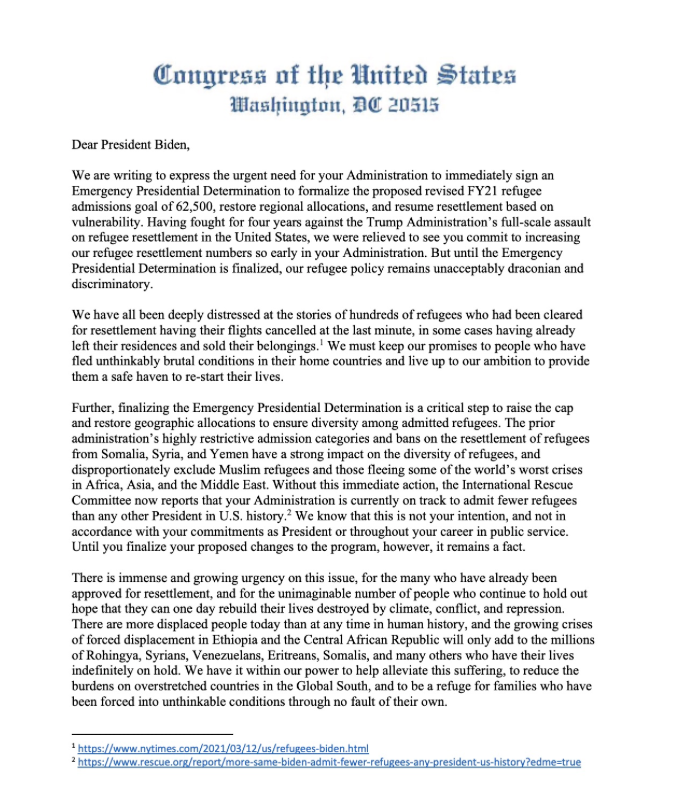 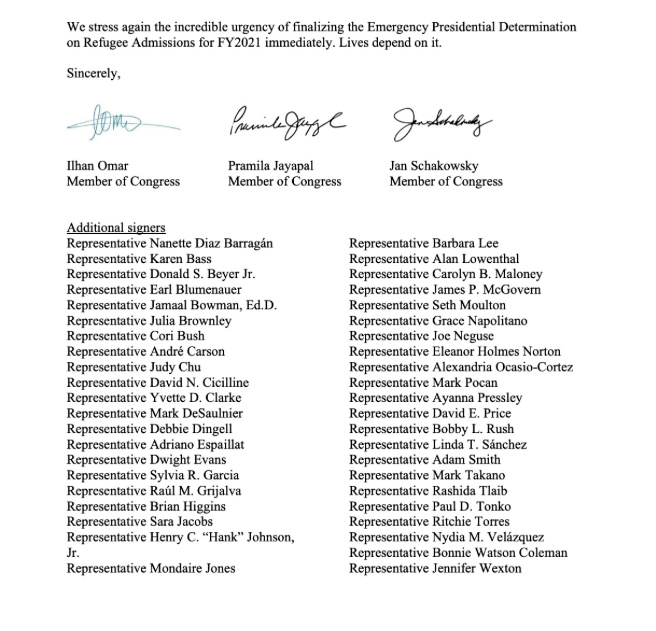 Biden’s broken promise prompted Ocasio-Cortez to lash out at his administration, accusing it of bigotry. 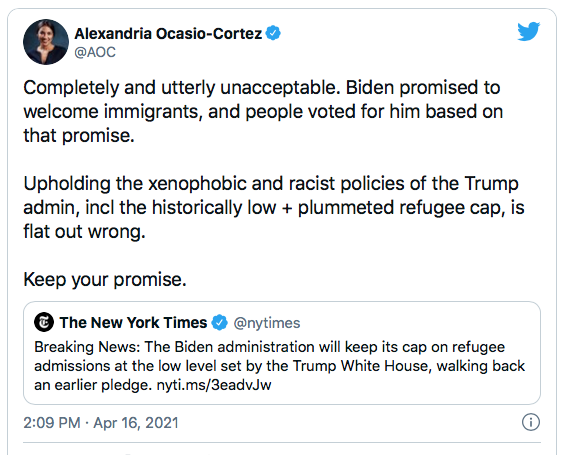 Leading up to the backtrack, White House press secretary Jen Psaki repeatedly resisted providing a firm date on when Biden would follow through on his promise to increase the refugee admissions cap.

Biden’s decision to keep the refugee admissions cap as is underscores his administration’s ongoing struggle to curb the influx of migrants crossing into the U.S. from Mexico. To date, roughly 20,000 unaccompanied migrant children nationwide remain in U.S. custody, draining already stretched resources of the U.S. Border Patrol. To accommodate the latest surge, 13 additional detention facilities have been built by Health and Human Services since March 1.

In an interview with SiriusXM’s Breitbart News Daily, Rep. Chip Roy (R-TX) said migrants seeking entry to the U.S. are harmed and killed by Biden’s “false promises” of a path to citizenship.

“I’m tired of the radical left — of Democrats, including those in the White House, right now — walking around patting themselves on the back for how compassionate they are when, in fact, they are endangering the lives of the immigrants who they are enticing to come here through their false promises,” Roy stated.