A political party called the ‘ISLAM Party’ is growing in Belgium. They openly call for the introduction of Sharia law with the hopes of creating a “100-percent Islamic state” in Belgium within 20 years. 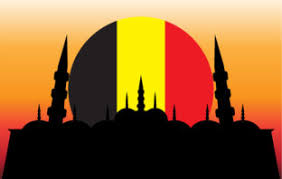 RT Established in 2012, the ISLAM party took Belgium by surprise in its first year, winning seats in the Anderlecht and Molenbeek municipalities of the Brussels Capital region. Molenbeek is notorious for being a “hotbed of extremism,” as a number of Islamists behind the Paris and Brussels attacks grew up and lived there.

Abdelhay Bakkali Tahiri, president of the conservative Islam party in Belgium claims that Sharia law is flexible, citing an example of the driving ban on women in Saudi Arabia. Women were forbidden to drive under Islamic law and then the ban was lifted, also under Islamic law, he noted, asserting that “everyone puts what he wants in Sharia.”

Items high on the party’s agenda include allowing all women to wear an Islamic headscarf, and requiring all schools to offer halal meat on their menus. Its ultimate aim is to transform European Belgium into an Islamic state. “Our goal is a 100-percent Islamic state.”