More evidence that Barack Hussein Obama is pulling the strings on his Biden puppet: Biden quotes Qur’an in Ramadan greeting, just like Obama did, he says ‘Muslim have enriched our country since its very founding.’ 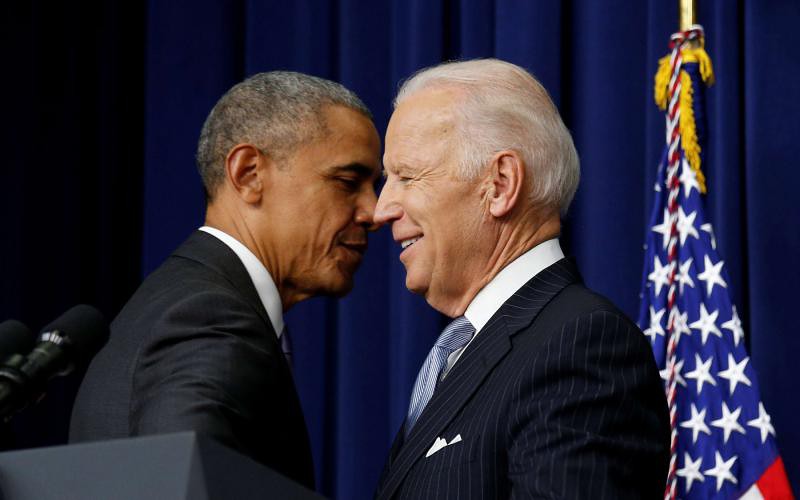 Robert Spencer Joe Biden sent Muslims greetings for Ramadan on Monday, and apparently Old Joe’s handlers are worried that maybe the Syria bombing or the appeasement of Iran have alienated the president’s largely Sunni (and Muslim Brotherhood) base of support, as whoever wrote the greeting for him went heavy on the Islamopandering.

Biden’s Ramadan statement quickly lurched into the victimhood mode so favored by Islamic groups in the U.S. such as the Council on American-Islamic Relations (CAIR): “As many of our fellow Americans begin fasting tomorrow,” the statement continued, “we are reminded of how difficult this year has been for Muslims.

Has Biden issued a statement on any occasion or in any context lamenting how difficult it was for Christians to gather for Easter and attend church? Or Jews for Passover?

Then Biden’s ghostwriter laid it on even thicker: “Muslim Americans have enriched our country since our founding. They are as diverse and vibrant as the America they have helped build.” 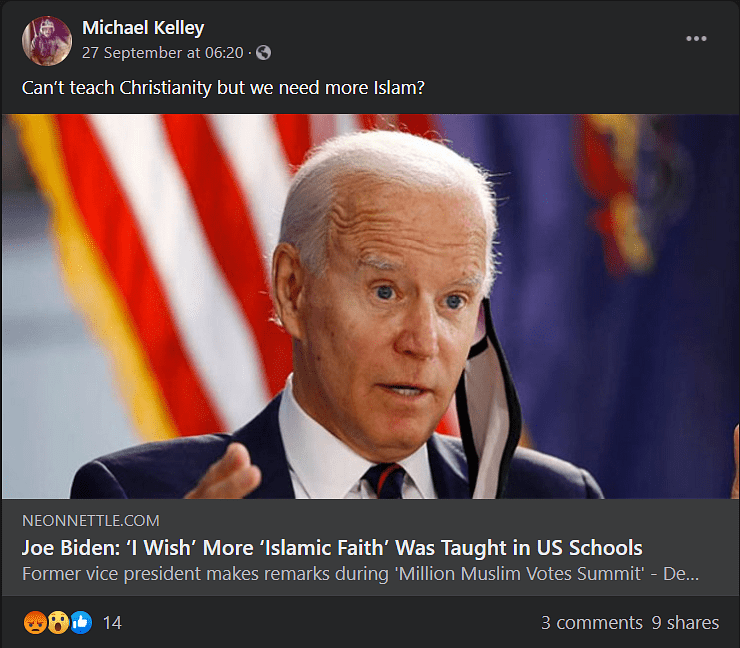 “Diverse” and “vibrant”! You can tell that whoever wrote this hasn’t had an original thought in this century, and probably not in the last one, either. Was Biden’s ghostwriter anxious to knock this thing out and break for lunch, and so loaded it up with leftist buzzwords and called it a day?

And there it is again: “Muslim Americans have enriched our country since our founding.” State Department wonk Ned Price recently said this as well, claiming that Arab-Americans’ contributions to the US “are as old as America itself.”

Obama started this particular ball rolling, claiming in 2016 that “Islam has always been part of America. Starting in colonial times, many of the slaves brought here from Africa were Muslim. And even in their bondage, some kept their faith alive. A few even won their freedom and became known to many Americans.”

Repetition won’t make this claim true, especially as most of  the African slavers were Muslims and they weren’t sending their own kind to North America. 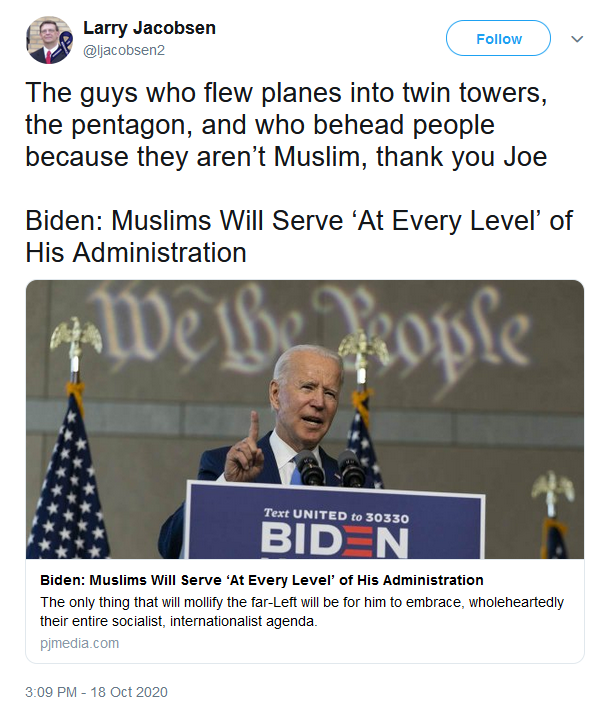 And who were these other Muslims who have enriched America since its founding? In his 2016 speech, Obama offered two examples besides his claim about the slaves: “Muslim Americans worked on Henry Ford’s assembly line, cranking out cars and the undocumented claim that a Muslim  designed the skyscrapers of Chicago.”

But does it really amount to enriching America since its founding? It actually testifies to a presence that was rather scanty and slight. Were any of the Founding Fathers Muslim? Any of the presidents? Any of the early political figures? Any titans of industry, great inventors, anyone at all? No.

So what is the agenda of Biden’s handlers in continuing to push this falsehood? They push it for the same reason that they advance the false claim that Muslims are routinely the victims of discrimination and harassment in the U.S. 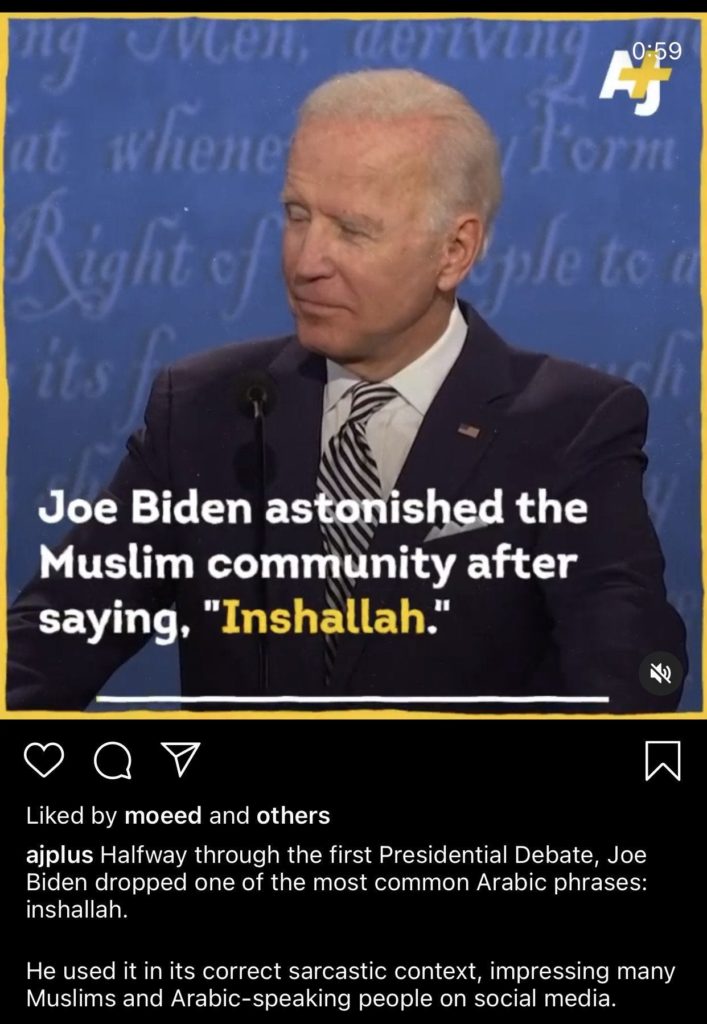 The agenda is to give Americans the impression that Muslims in the U.S. have been part of the Americanfabric from the beginning (so mass Muslim migration must not be opposed) and are victims of racist Trump supporters (and so deserve special accommodation, including freedom from “Islamophobic” counter-terror scrutiny).

“The Holy Qur’an reminds us,” Biden’s Ramadan message added, “that ‘God is the light of the heavens and earth’ who leads us out of darkness to the light.” He didn’t quote the bits about killing infidels wherever you find them (2:191, 4:89, cf. 9:5), and it is doubtful that he knows such quotes are there. But others do know they’re there, and are working even now to make Biden’s pandering look even more foolish and short-sighted than it already does.

The agenda is to give Americans the impression that Muslims in the U.S. have been part of the Americanfabric from the beginning (so mass Muslim migration must not be opposed) and are victims of racist Trump supporters (and so deserve special accommodation, including freedom from “Islamophobic” counter-terror scrutiny).