Taking a knee during the Tokyo Olympics or lifting a fist in support of racial equality will be punished as the International Olympic Committee maintained its ban on athletes’ protests inside stadiums, at ceremonies and on podiums.

The IOC’s Rule 50 forbids any kind of ‘demonstration or political, religious or racial propaganda’ in venues and any other Olympic area and the Games body concluded the rule should be maintained following 3500 athlete consultations. 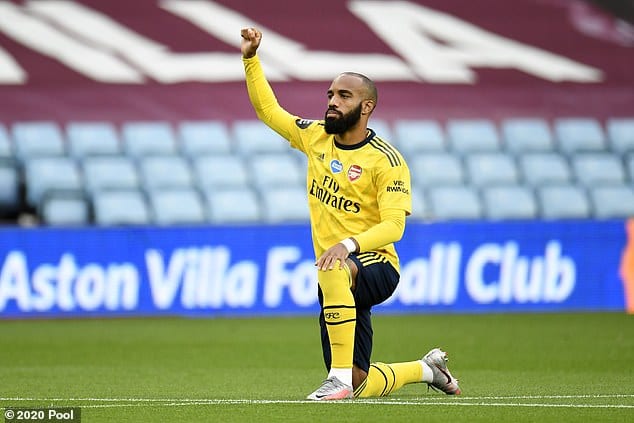 Japan Today Athlete protests and political messages will remain banned at the Olympics, the IOC said Wednesday, after a survey found that a majority of competitors were in favor of keeping the ban in place.

That means raising a fist on the podium — like American sprinters Tommie Smith and John Carlos (below) famously did at the 1968 Mexico City Olympics — or taking a knee would still risk punishment at the Tokyo Games this year. Smith and Carlos were both expelled from the 1968 Olympics after their salute. 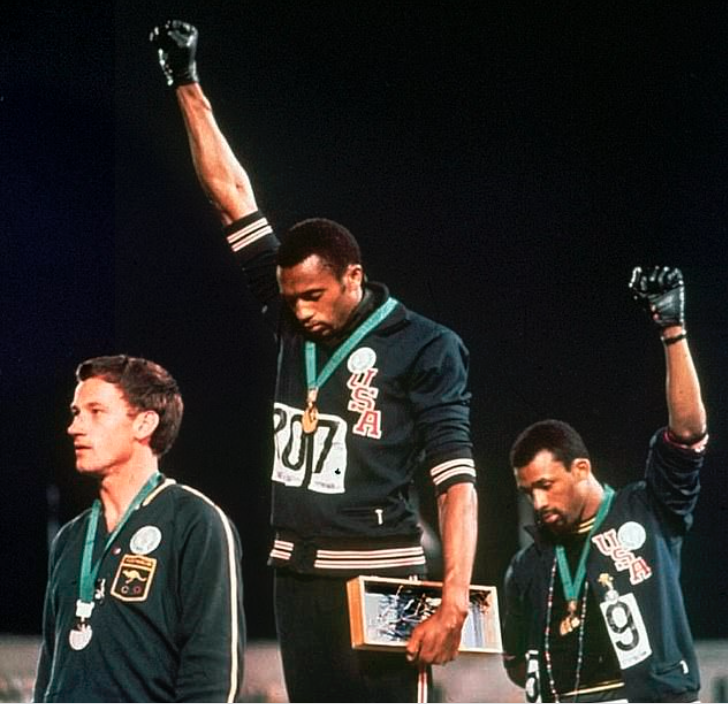 The IOC said it surveyed more than 3,500 athletes over the past year and that 70% said it was “not appropriate to demonstrate or express their views” on the field of play or at the opening or closing ceremony.

The survey also showed 67% of respondents disapproved of podium demonstrations.

The IOC has not said what consequences athletes may face for protesting, but a “proportionate” range of punishments will be drafted before the games, said Kirsty Coventry, who represents athletes on the IOC executive board. 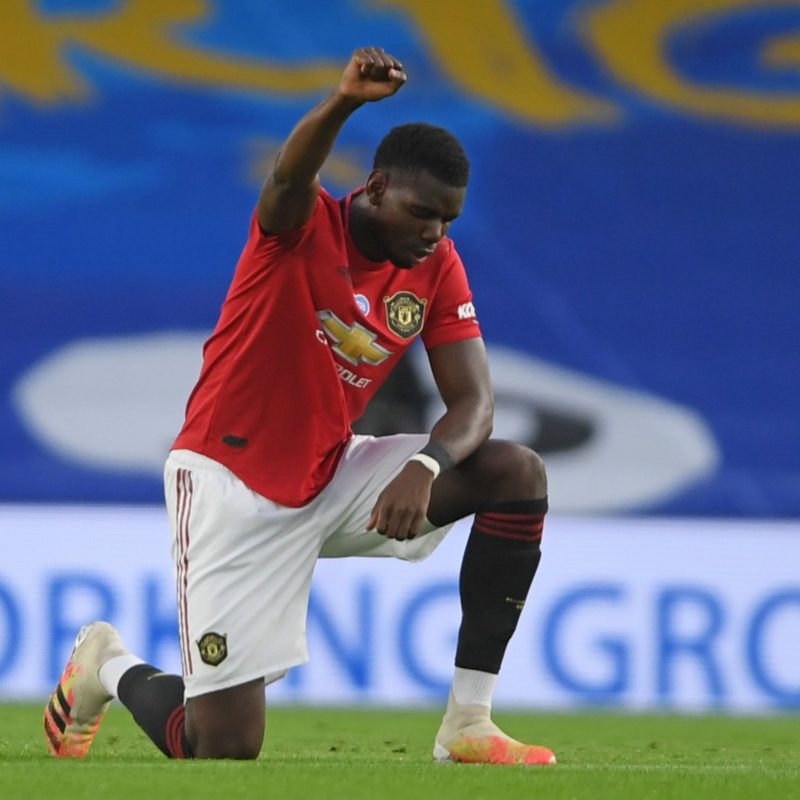 Upholding Rule 50 of the Olympic Charter, which prohibits any “demonstration or political, religious or racial propaganda” at the games, puts the IOC at odds with Olympic officials in the United States.

The U.S. Olympic and Paralympic Committee said in December it will not take action if athletes raise their fists or kneel during the national anthem at their event trials before Tokyo.

While the USOPC guidelines allow athletes to wear apparel showing phrases such as “Black Lives Matter,” the language is more limited in the IOC guidance published Wednesday. 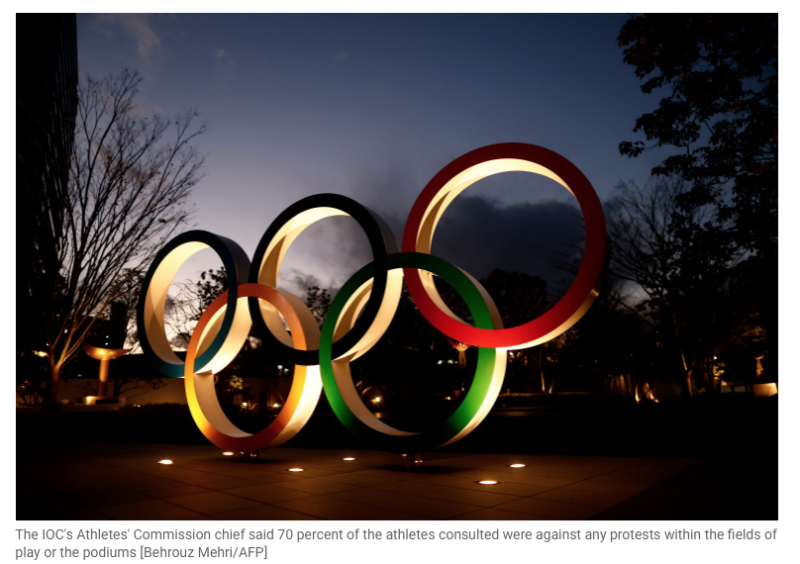