A slide used in a Department of Defense (DOD) training manual identifies Catholics and evangelical Christians as “religious extremists” along with members of the Ku Klux Klan, al-Qaeda, and Hamas, according to an officer in the Marine Corps Reserves. 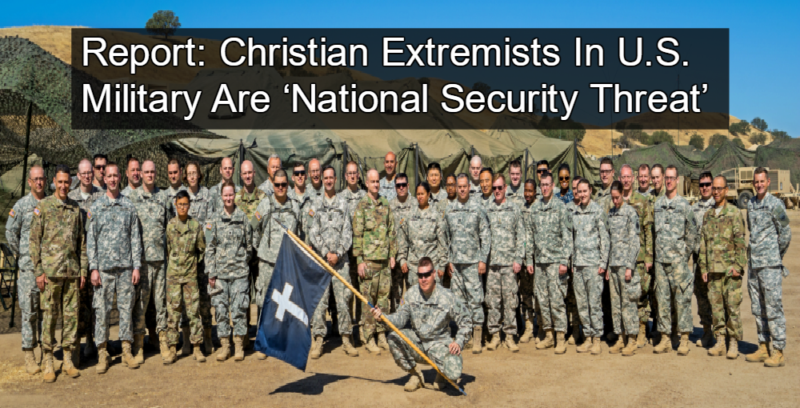 The Epoch Times“First Liberty also obtained a screenshot of an unclassified slide from a U.S. Army training manual. The slide is entitled ‘Religious Extremism’ and it purports to identify religious extremists,” Michael Berry told the House Armed Services Committee, during a hearing on March 24 titled “Extremism in the Military.”

Berry is general counsel to the First Liberty Institute (FLI), a Plano, Texas-based public interest law firm that specializes in First Amendment and religious freedom cases. Berry is also an officer in the Marine Corps Reserves, although he presented his testimony in his capacity as a civilian.

“Included among those listed are al-Qaeda, Hamas, and the Ku Klux Klan as groups that use or advocate violence to accomplish their objectives and are therefore rightly classified as extremists,” Berry told the committee. 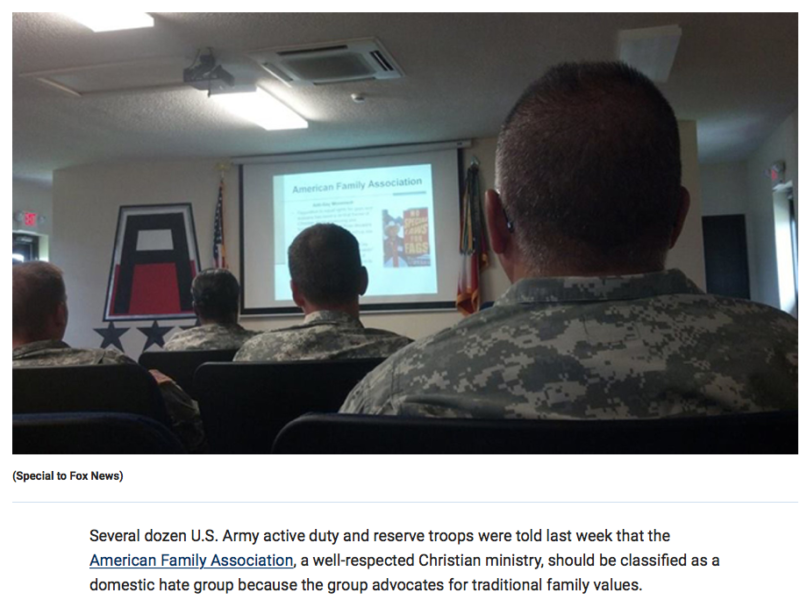 “At a time of turmoil and instability, during which our nation faces many external threats, [this] message is inappropriate and offensive to our service members and those they defend.”

The training manual that Berry referred to is used in Secretary of Defense Lloyd Austin’s recently ordered “stand-down” to identify and root out extremists in the U.S. military. Austin’s order came in the wake of the Jan. 6 breach of the U.S. Capitol, in which some of the participants were military veterans. 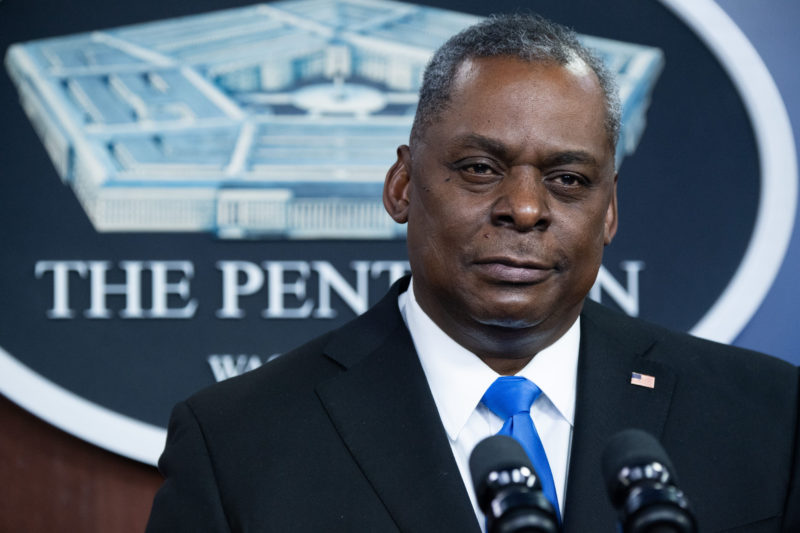 Austin said, in a DOD video explaining his reasons for the stand-down that all military members in each of the branches are required to view. According to Austin in the video, the stand-down is needed because of “extremism and extremist ideology, views, and conduct that runs counter to everything that we believe in.”

The training materials used in Austin’s stand-down and presented by Berry during the hearing purported to present credible descriptions of extremist ideologies, conduct, reasoning, and identifying characteristics.

Committee Chairman Adam Smith (D-Wash.) told the hearing in his opening statement: “If you serve in the military, you pledge an oath to the U.S. Constitution and to the laws of this country. If you disagree with that Constitution and you disagree with the laws of this country so strongly that you no longer think our government is legitimate, then you have no business serving in the U.S. military and you should get out now.”

Two issues were particularly prominent in witness testimony and committee members’ comments, the lack of credible data about the extent of any extremism in the ranks, and the lack of what constitutes impermissible expression of views and actions on behalf of those views. 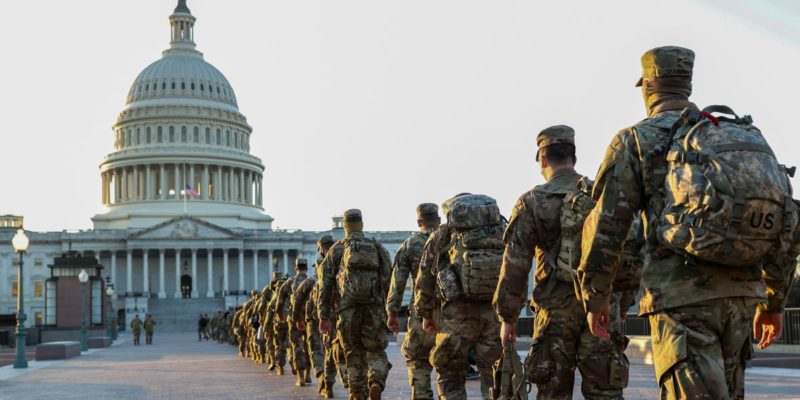 Rep. Mike Rogers (R-Ala.), the panel’s top Republican, told the hearing at the outset that “it is important to point out that we lack any concrete evidence that violent extremism is as rife in the military as some commentators claim.”Rogers said “extremism was a factor” in the separation of only nine soldiers from the U.S. Army in 2020, and he noted that “since 2018, 17 Marines have been separated for extremism, gang or separatist activities.”

The committee heard from only two other witnesses, Audrey Kurth Cronin, an American University professor of international security, and Lecia Brooks, chief of staff for the Southern Poverty Law Center (SPLC), a liberal advocacy group often criticized by conservatives for defining “extremism” so broadly as to include conventional political groups that clearly are not. 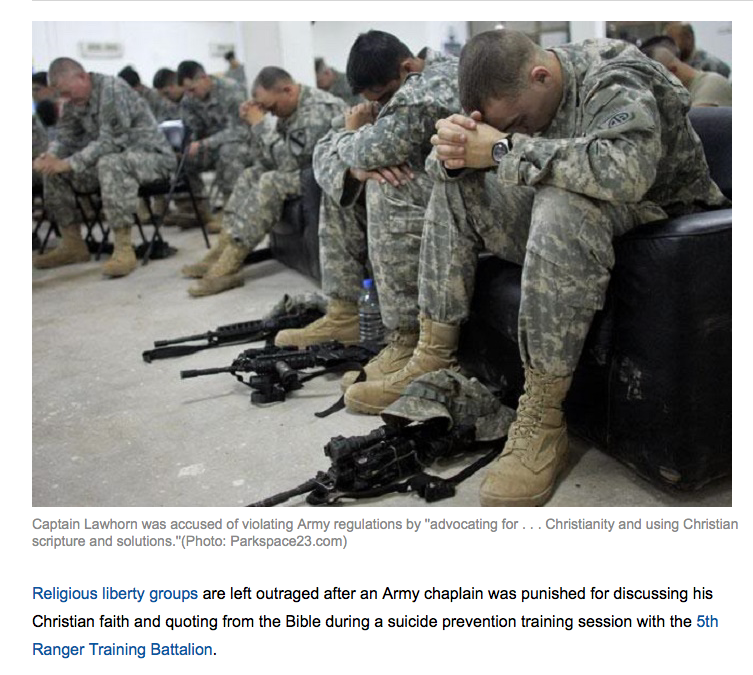 The newest Republican member of the committee, Rep. Pat Fallon of Texas, pointed out that “recently the Washington Post, the New York Times, Politico, NPR, and the New Yorker magazine, just to name a few, skewered the SPLC for, among other things, corruption, harassment, racism, and a widening credibility gap.”

Fallon also noted that Cronin claimed 37 of those arrested in connection with the Jan. 6 breach of the U.S. Capitol were either U.S. military veterans or reservists. “There are 18 million U.S. military veterans. Thirty-four were rioters. This means that 17,999,966 of us were not. That’s one out of 529,000,” Fallon said.

Asked by Rep. Joe Wilson (R-S.C.) for his view on the use of lists of prohibited organizations, Berry said: “They can be dangerous. Labeling evangelical Christians and Catholics as ‘extremists’ is opening Pandora’s box.” Rep. Michael Waltz (R-Fla.) expressed concern that a DOD effort against extremism will play into the hands of Chinese Communist Party efforts to damage the U.S.’s image overseas.

“There is an active propaganda campaign being prosecuted by the Chinese Communist Party right now attempting to portray our country as an evil racist hellscape with no authority to lecture them on human rights. I worry that we may be playing into our adversary’s hands, and I do worry it will undermine our ability to fight and win wars in the future,” Waltz said.

Washington Times published the list of Religious Extremist groups that was from the Department of Defense back in 2013. Doesn’t seem that the list has changed much. 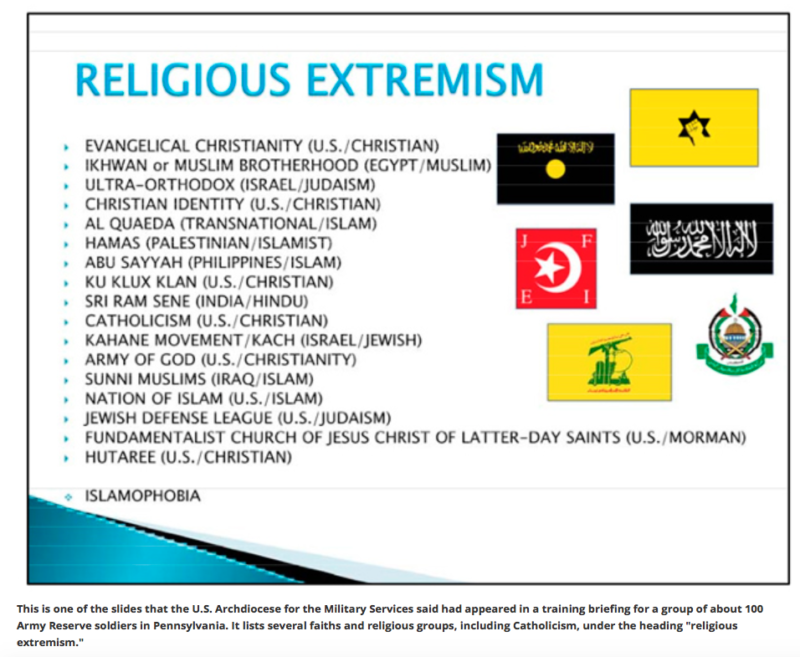 Bare Naked Islam made the Army’s list of anti-Muslim domestic hate groups in 2013. I would imagine it is still on it today.