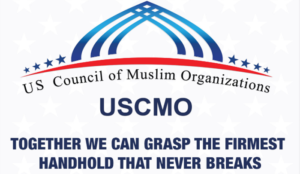 According to Robert Spencer of  Jihad Watch, should the USCMO succeed in its goal to see a special envoy to “monitor and combat Islamophobia” in America, the systematic hunting down and cancelling of organizations, websites, and individuals who criticize or offend Islam would be in order. 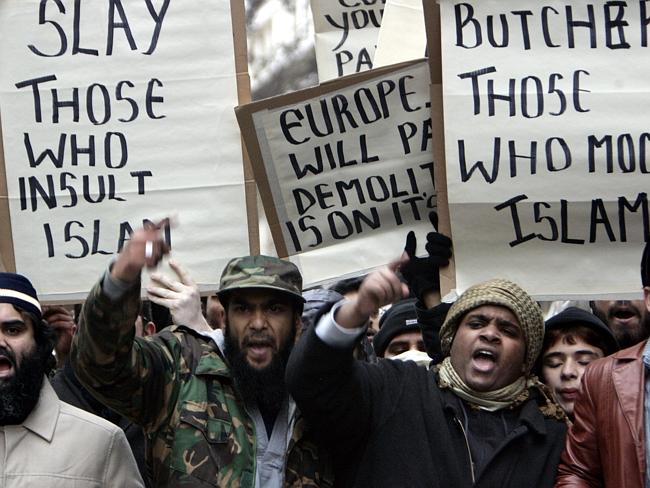 NEW YORK, Apr 25 (APP):A coalition of American Muslim organizations has called on President Joe Biden to appoint a special envoy to monitor and combat Islamophobia, which is on the rise in the United States.

In a letter to the president , the U.S. Council of Muslim Organizations (USCMO) said such an envoy at the State Department could help address the “Islamophobia” that affects the third largest religious group in the country. The envoy could support efforts both in the United States and internationally against anti-Muslim hate crimes and where Muslims are denied constitutional rights. 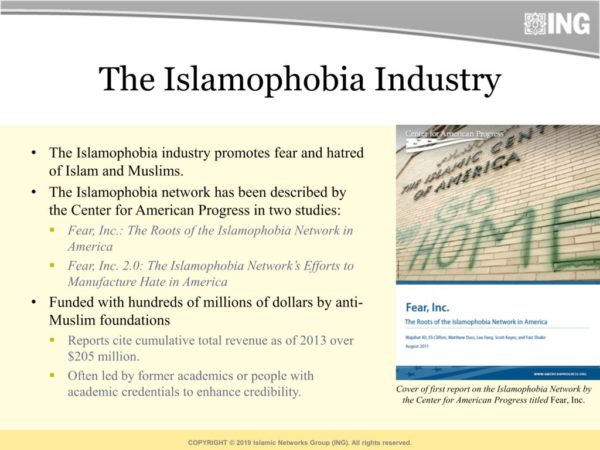 In this regard, the newspaper highlighted Biden’s statement condemning violence against Muslim-Americans that he made at the start of the month of Ramadan. “Muslim Americans continue to be targeted by bullying, bigotry and hate crimes,” he had said. “This prejudice and these attacks are wrong. They are unacceptable. And they must stop. No one in America should ever live in fear of expressing his or her faith. And my administration will work tirelessly to protect the rights and safety of all people.”

The Council on American-Islamic Relations (CAIR) allegedly recorded more than 10,000 “Islamophobic” incidents across the U.S. between 2014 and 2019, with the highest spike occurring after Trump’s 2017 executive order. The list includes hate crimes such as physical assault, property damage, bullying, intimidation and harassment, as well as denial of services or religious accommodation and employment discrimination.

Ahmed Shaheed, the U.N. special rapporteur on freedom of religion or belief, released a report to the Human Rights Council on Feb. 25 saying that institutional suspicion of Muslims has escalated to “epidemic proportions.” 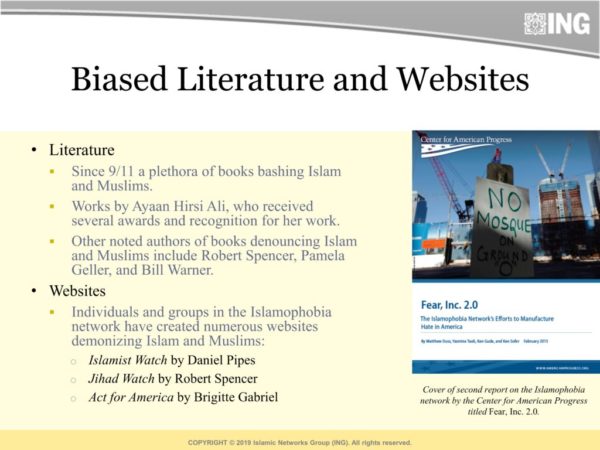 Along with appointing a State Department special envoy, the group requested that Biden include Muslims at every level of government, meet with Muslim community leaders and pursue systemic policy reforms to address anti-Muslim discrimination.

Council Secretary General Oussama Jammal told USA TODAY that Muslims “have a real and genuine concern about the rise of Islamophobia.” “We don’t believe (Islamophobia) is subsiding. We have a real and present danger that we have to consider. And we have to take every precaution to protect our communities and our civil rights,” Jammal said. 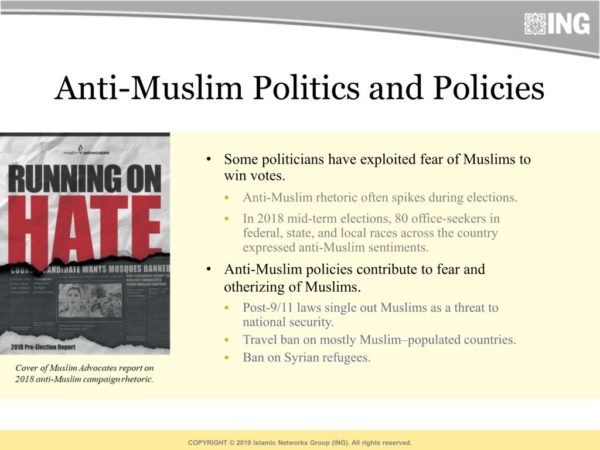 The guidelines on what constitutes an offense to Islam would be determined by the USCMO. In such a scenario, the First Amendment would be rendered null and void.

The USCMO call comes less than a week after Pakistani Prime Minister Imran Khan issued his own call for Muslim Muslim-majority countries to unite to lobby Western governments to criminalise “blasphemy against Islam.” He also issued a threat: “There will come a time when people in the West will think twice before disrespecting the Prophet.” 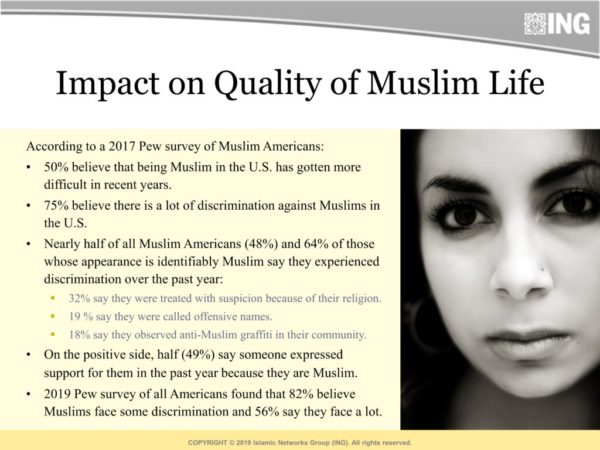 The U.S. Council of Muslim Organizations, whose membership reads like a Who’s Who of Brotherhood front groups, aims to elect Islamic extremists in Washington, with the ultimate objective of “institutionalizing policies” favorable to fundamentalists. — that is Sharia law. 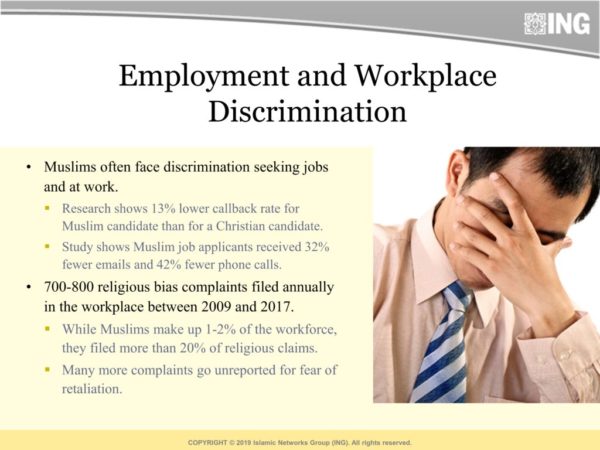 Installing an “anti-Islamophobia” envoy would implant Sharia in mainstream America. Groups which are associated with the Muslim Brotherhood have no place in any Western country. To such groups, it isn’t enough that many Western countries already have hate crime laws in place. Their agenda is to subjugate Western societies.

The concept of “Islamophobia,” which is heavily promoted by the Organization of Islamic Cooperation, incorporates offense to Islam. Pakistan, which is infamous for its harsh blasphemy laws, is also notorious for steadily pushing the “Islamophobia” agenda on a global scale.  Turkey does the same. 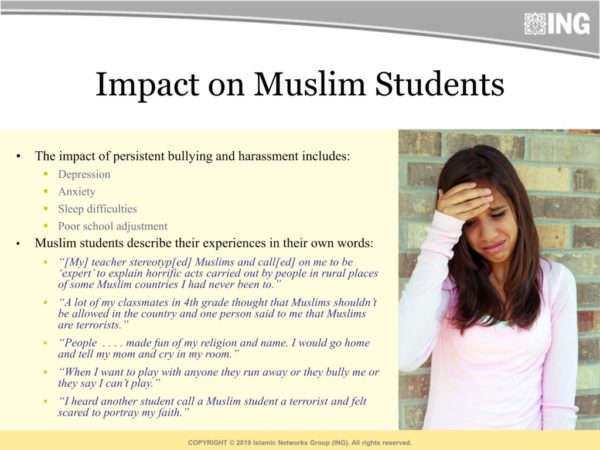 Installing an “anti-Islamophobia” envoy would implant Sharia in mainstream America. Groups which are associated with the Muslim Brotherhood have no place in any Western country. To such groups, it isn’t enough that many Western countries already have hate crime laws in place. Their agenda is to subjugate Western societies.