A Paris Mayor who was raised in a Muslim household by Algerian immigrant parents threw her support behind a controversial letter by current and former military chiefs who said that if nothing is done about the ineffective policies on  Islamic extremism, it would require “the intervention of our comrades on active duty in a perilous mission of protection of our civilizational values.” 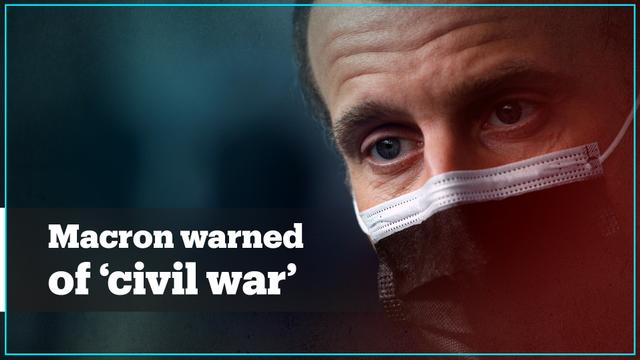 ZeroHedge (h/t nita) “What is written in this letter is a reality,” Mayor Rachida Dati of Paris’ 7th arrondissement told France Info radio. “When you have a country plagued by urban guerrilla warfare, when you have a constant and high Islamic terrorist threat, when you have increasingly glaring and flagrant inequalities … we cannot say that the country is doing well.“

“The hour is grave, France is in peril,” reads the letter, adding that failure to act against the “suburban Muslim hordes” would lead to “civil war” and deaths “in the thousands.”

The letter was signed by hundreds of retired soldiers, including 20 retired generals, as well as several active duty members of the military – 18 of whom are to be fired, the country’s armed forces chief confirmed on Thursday, according to the Daily Mail.

“The police have become a target for terrorists” said Dati, 55, who served as justice minister under Nicolas Sarkozy from 2007 to 2009. Her comments follow the fatal stabbing last week of a policewoman in the southwest Paris neighborhood of Rambouillet. The suspect, a Tunisian national, had been watching jihadist propaganda videos prior to the attack.

“I am afraid that the police will break down one day,” Dati continued, adding “And if they crack, we go well beyond the disintegration of society.”

Dati’s comments come as France’s Chief of Defense, François Lecointre, called the letter “absolutely revolting,” adding of the active-duty signatories: “I hope that their automatic retirement will be decided.”

“This is an exceptional procedure, which we are launching immediately at the request of the Minister of the Armed Forces,” he added. “These general officers will each pass before a higher military council. At the end of this procedure, it is the President of the Republic who signs a decree expelling them.”

President Macron’s government strongly condemned the letter, which was published on the 60th anniversary of a failed coup d’etat by generals opposed to France granting independence to Algeria, its former North African colony.

Prime Minister Jean Castex said the letter by military figures was ‘against all of our republican principles, of honour and the duty of the army’.

And Florence Parly, the Defence Minister, said: ‘This is unacceptable. There will be consequences, naturally.

The soldiers behind the letter were all said to be anti-immigration activists with racist views and strong ties to the far-Right Rassemblement National (National Rally).

The lead signatory was Christian Piquemal, 80, who commanded the French Foreign Legion before losing his privileges as a retired officer after being arrested while taking part in an anti-Islam demonstration in 2016. –Daily Mail

Supporting the signatories was Marine Le Pen, the Rassemblement National leader, writing in response to the letter: “I invite you to join us in taking part in the coming battle, which is the battle of France.”

CLICK CC and * buttons at bottom for English subtitles