Israel is confirmed to have played an important role in helping the U.S. track down Iranian General Qassem Soleimani, head of the Islamic Revolutionary Guards Corps (IRGC). Soleimani was killed in Iraq in a sophisticated U.S. operation on Jan. 3, 2020 that involved drones, Delta Force snipers, and a “secretive Army unit known as Task Force Orange.” 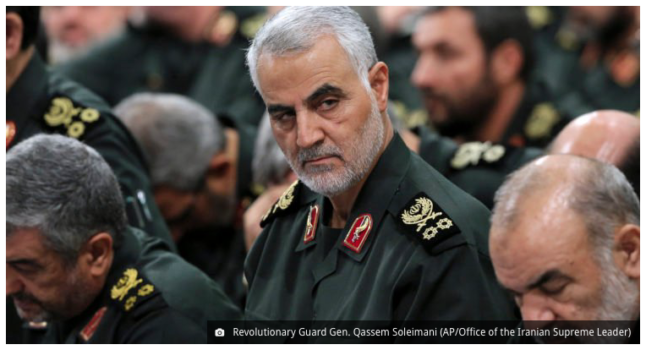 The Israelis, who had access to Soleimani’s numbers, passed them off to the Americans, who traced Soleimani and his current phone to Baghdad,” the report says.

Israeli intelligence also helped the CIA identify a courier for Soleimani who picked up cell phones for him. The U.S. seeded the marketplaces used by the courier with bugged phones and got at least one close to the general, but that success was fleeting.

Soleimani and the IRGC were “premier at operational security and vicious about protecting it,” a former CIA official told Yahoo News.

Soleimani’s death was viewed in Iran as a major blow to the IRGC. “It will take the Iranians some time at least to build a replacement for him,” said Maj.-Gen. (ret.) Yaakov Amidror, who currently serves as a distinguished fellow at the Jewish Institute for National Security of America (JINSA).

BE SURE TO WATCH THIS!

Authorities in the Islamic Republic attempted to burn the Israeli flag, as they usually do. But this time, karma got them and they ended up burning themselves.

Meanwhile unlike the regime, ordinary Iranians increasingly refuse to burn or walk on Israeli and American flags. pic.twitter.com/flOKCA44wn