Since 6:00 P.M. (Israel time), non-stop rockets have been fired from Gaza towards Israel. Innocent families, children, entire communities around Israel are being targeted by terrorists. Hundreds of rockets have been fired and while many lives have been saved thanks to the Iron Dome, thousands of families will spend their night in bomb shelters. And the world? Silent. Israel has every right to defend itself.

AND WHAT DO WE SEE IN THIS VIDEO, YOU DISINGENUOUS FAKER OF A “HUMANITARIAN”? HUH?

A WALK IN THE PARK?

OR A FREAKIN LYNCHING!!!

WHY ARE YOU SILENT ABOUT VIOLENCE AGAINST JEWS?!?!?!

IS THAT BECAUSE NO JEW IS INNOCENT FOR YOU?!?!#JerusalemDay https://t.co/XUYrZMpgKi 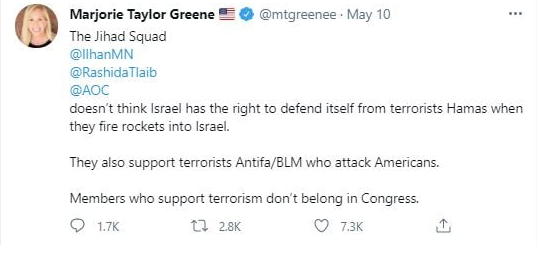 If you have the time, Erick Stakelbeck in the video below gives you the details and motives behind the breakout of violence taking place in Jerusalem. It isn’t about Israelis kicking Palestinians off Israeli land that they have been illegally occupying for decades, but is just an excuse to wage a full scale jihad against the Jewish State. Hamas, as you know, is a surrogate for Iran. And now that Donald Trump is no longer in office, the Palestinians don’t have to worry about losing hundred of millions of dollars in handouts from the American government.