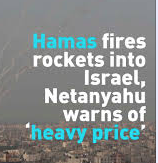 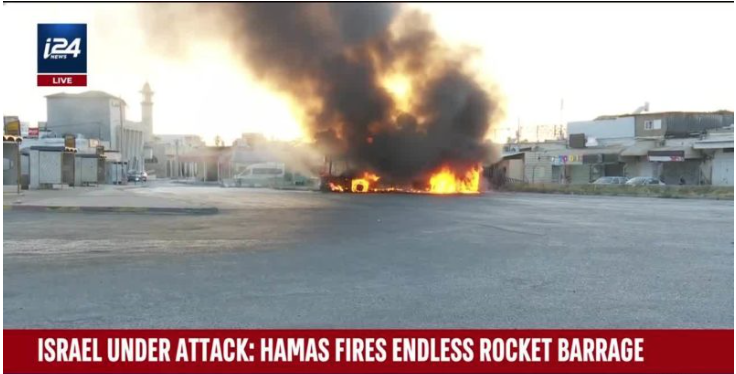 ACLJ These rockets have been fired on Jerusalem – the capital of Israel – Tel Aviv, and throughout Israel. The military wing of Hamas stated it fired 137 rockets toward Israel within 5 minutes. This is the biggest rocket attack yet, and a large enough barrage to temporarily overwhelm Israel’s Iron Dome missile defense system.

Israel responded and ordered the mobilization of 5,000 Israeli troops to enhance Israel’s defense efforts. Israel is calling this defensive operation following the rocket attacks “Operation Guardian of the Walls.” This situation is likely to escalate further and result in wider conflict. (And we know when Israel gives a name to an operation, they mean business)

There is a lot of talk about what goes on in the Palestinian territories and who is in control. And this Biden Administration has brought those leaders to the table. We have given them money and included them like never before at the U.N., and look what they are doing. Their response for rejecting all sorts of peace deals and economic deals has been to resort back to terror.

As rockets rain down on Jerusalem, the Biden Administration is working with Palestinian leaders to fund the Palestinian Authority (PA) and its “Pay for Slay” terror subsides – money that supports terrorists like Hamas.

To add fire to the flames, the U.S. Coast Guard had to fire 30 warning shots after 13 Iranian armed speed boats came within yards of 7 American military vessels in the Strait of Hormuz on Monday. This was the second time in two weeks that a U.S. ship has been forced to open fire to warn Iran’s Revolutionary Guard vessels.

Also, the U.S. Navy seizedan arms shipment of military weapons aboard a ship in the Arabian Sea, most likely heading from Iran to Yemen, and now we know those weapons came from Russia and China.

We have a multi-level and multi-jurisdiction conflict brewing right now in the Middle East. Hamas has openly said they are not interested in stopping this behavior. This is all while President Biden is restarting millions in American taxpayer aid to the Palestinian Authority and its “Pay for Slay” program that funds terrorists, including members of Hamas which fired more than 500 rockets in the last 36 hours into Jerusalem and throughout Israel, aimed at harming civilians.

Hostilities between Israel and Hamas escalated on Tuesday, raising the death toll in two days to at least 30 Palestinians and three Israelis, with Israel carrying out multiple air strikes in Gaza and Hamas firing rockets at Tel Aviv.

FATAH (Palestinian Authority) cheers on Hamas, calling for even more violence in Jerusalem.

Of course, as always, the media play the “Blame Israel for everything” game.

Erick Stakelbeck offers up the details of this new Hamas-initiated war against Israel, that the MSM will ignore.