Al-Aqsa mosque was built in 705 CE, following the Muslims conquest of Jerusalem. It was part built as part of the Muslim ideology to Islamize the world, and especially at sites and cities that were sacred to other religions. 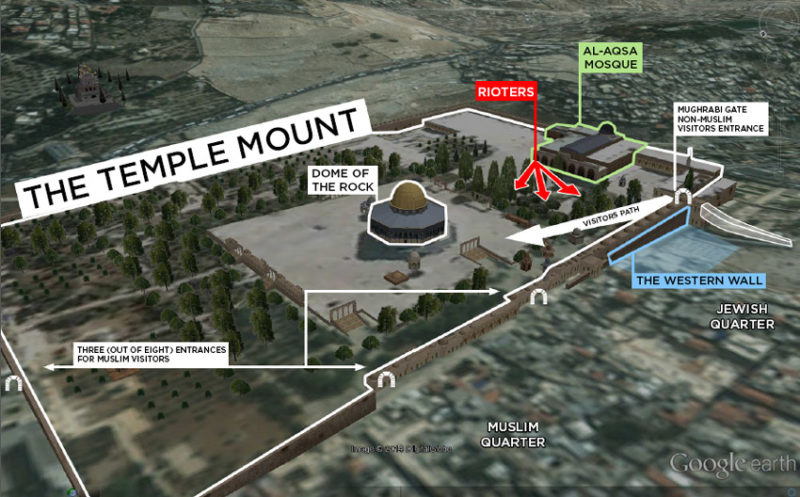 According to Jewish tradition and scripture,[4] the First Temple was built by King Solomon, the son of King David, in 957 BCE, and was destroyed by the Neo-Babylonian Empire in 586 BCE. The Second Temple was constructed under the auspices of Zerubbabel in 516 BCE, and was destroyed by the Roman Empire in 70 CE. Orthodox Jewish tradition maintains it is here that the third and final Temple will also be built when the Messiah comes.[6]

In Jerusalem, the Muslims developed a belief that the former Jewish Temple Mount is also where Muhammad ascended to heaven to get the prayers of Islam. The Dome of the Rock was designed to sanctify the alleged footprint of Muhammad and. However, the Quran does not state that the ascension took place in Jerusalem, but rather from the “farthest mosque”. Being so, the mosque built next to the Dome of the Rock was named “Al-Aqsa” (in Arabic: “The farthest”), to legitimize the false Muslim claim.

TheMediaLine  In a controversial article penned by Saudi commentator Osama Yamani in the Saudi newspaper Okaz, headlined “Where is Al-Aqsa Mosque,”  Yamani suggests that, contrary to the belief of millions of Muslims, the Holy Mosque was actually built on the way to Mecca, and NOT in Jerusalem. He further notes that at the time of the Prophet Muhammad, Jerusalem was not called Jerusalem at all but Elya – not after the Roman name for the city, Aelia Capitolina, but after a Hebrew biblical figure by the name of Elya son of Shem son of Noah. 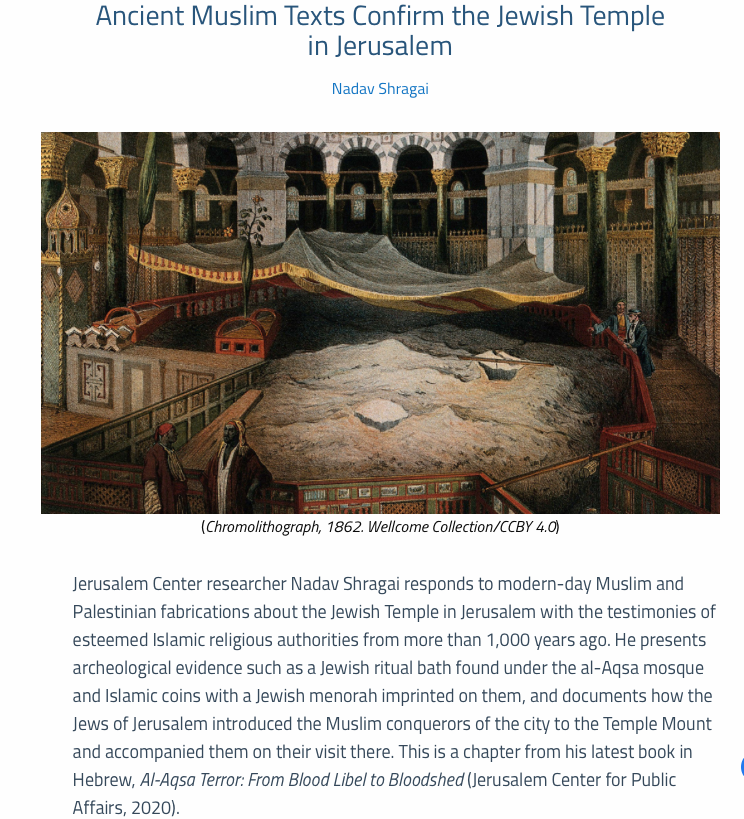 The article agitating the Muslim world was perceived as subversive but there are many who believe it is true. One of them is Abd Al-Razek Kamusi, a Saudi writer specializing in the languages and history of the Semitic peoples who laid out his doctrine regarding Al-Aqsa Mosque and the connection of Jerusalem and the Temple Mount to Judaism and Islam.

This fact was written by great Muslim writers such as Omar ibn Khatir and in the book by Muhammad ibn Jarir al-Tabari, The History of the Prophets and Kings. There was no possibility that the Prophet Muhammad prayed at Al-Aqsa Mosque in Jerusalem on his nocturnal journey because the mosque did not yet exist in 638.