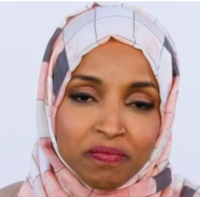 Not only is she an America-hating, ungrateful refugee who describes the Islamic terror attacks on 9/11 as “some people did something,” Democrat Rep. Ilhan Omar of Minnesota attacks Israel for defending itself against more than 1500 Hamas rocket attacks, while giving the real terrorists from Hamas a pass.

FOX News (h/t nita) Omar’s campaign launched a fundraiser on Facebook Wednesday after criticism from Republican politicians such as Sen. Ted Cruz of Texas, who said Omar is acting as a “press secretary for Hamas” because she accused Israel of committing “acts of terrorism.” 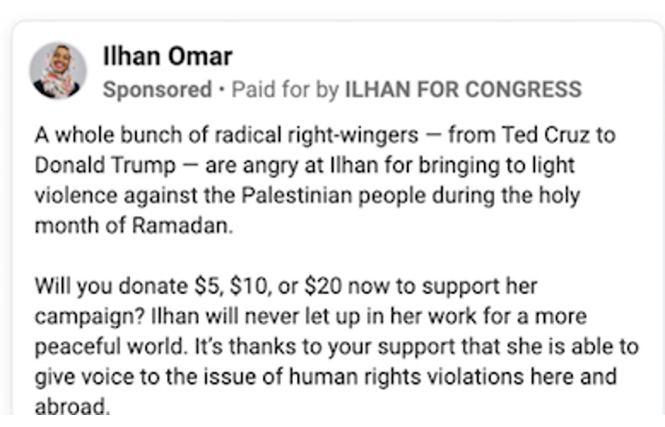 Omar has faced scrutiny in the past for a slew of anti-Israel comments, which led to the House passing a resolution to condemn “anti-Semitism, Islamophobia, racism and other forms of bigotry.” The outspoken Muslim is not alone in condemning Israel.

The radical Congressmuslim from Michigan, Rep. Rashida Tlaib,  on Monday said Israel is “promoting racism and dehumanization” under an “apartheid system” that discriminates against Palestinians.

Rep. Alexandria Ocasio-Cortez, D-N.Y., fired back after President Biden’s statement on the current violence, saying that he gave little context to the situation and was “siding with the occupation.”

Check out what this awesome Black Conservative, Chris Morris (Make Education Great Again), has to say about Omar and Tlaib in the below video: “Ilhan Omar can get out of the country at this point! Not only does she continue to side with the enemies of the United States, I think she is the enemy.”