Austrian Chancellor Sebastian Kurz tweeted a photo (below) with a caption that read: “Today the Israeli flag was hoisted on the roof of the Federal Chancellery in Vienna as a sign of solidarity with #Israel … Together we stand by Israel’s side.” 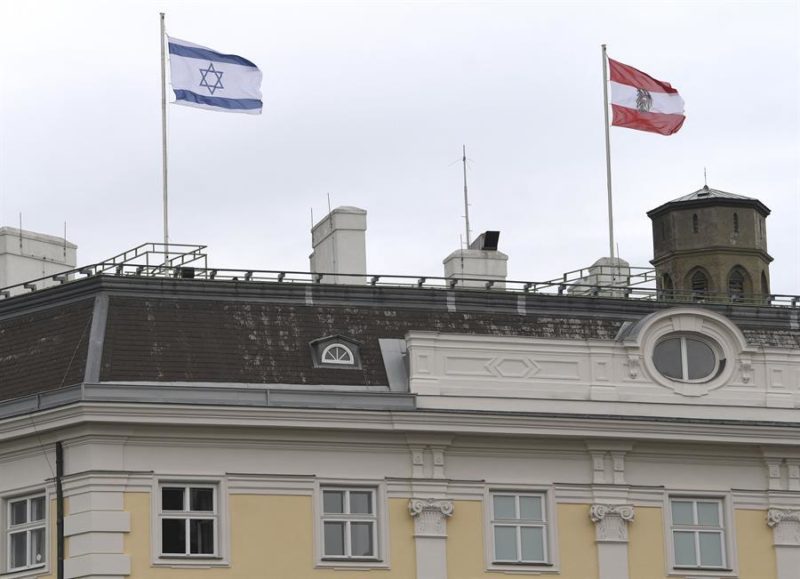 Hurriyet Daily News (h/t Mano)  Turkey’s presidential spokesman on May 14 criticized Austrian Chancellor Sebastian Kurz for supporting the Jewish state in its efforts to take out the Hamas and Islamic Jihad terrorists who continue to launch thousands of rockets into Israeli civilian communities.

“This is what encourages Israel to continue its attacks on Palestinian people,” İbrahim Kalın said in a tweet. “I hope those Austrians and Europeans with a sense of reason and morality will reject these disgraceful politics.”

Turkey’s Vice President Fuat Oktay reacted to Kurz’s recent attitude concerning the Israeli flag hoisted on the chancellery building. “With this attitude, the Austrian chancellor has put his signature under Israel’s massacre in Gaza,” he said in a statement on Twitter.

Critical of Kurz’s stance about Israel, Oktay added that this attitude, “reinforcing the Islamophobia and fascism that are increasing in Europe, is a black stain recorded in the history of humanity.”

Ömer Çelik, spokesman of the ruling AKP, also censured Kurz and said: “This person [Kurz] is the symbol of Islamophobia, hostility towards Turks and [President Recep Tayyip] Erdogan in Europe.”

FRANCE HAS BANNED pro-Palestinian rallies in Paris as police fire tear gas and aim water cannons at protesters defying the ban on marching against Israel.

A large group of pro-Palestinian demonstrators took to the streets of the British capital as Israel continues to crush Hamas for its continuing rocket attacks against Israeli civilians.

Security authorities warn of more anti-Israeli and anti-Semitic demonstrations in Germany this weekend.