In her May 12th “CBS This Morning” coverage of Hamas’ indiscriminate rocket attacks on Israel and retaliatory Israeli airstrikes, CBS’ Elizabeth Palmer flips reality on its head. Her fallacious characterization of Hamas’ relentless firing as “retaliation” and “counterattack” says it all. 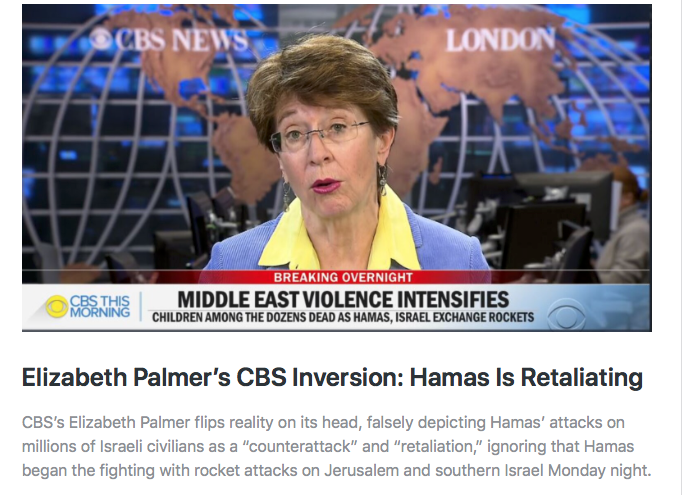 Camera   Israel not only is the target of riots and rocket fire from Hamas, it is being targeted by a highly propagandized media that is falsely reporting that thousands of rockets hitting Israeli civilian areas are the result of Israeli air strikes on Gaza.

Fighting a terrorist organization that operates within civilian areas isn’t easy. Watch as IDF pilots call off a strike because children were there: pic.twitter.com/N8ycwqwgck

The guard who works in this tower was warned through a phone call from the Israeli Security Agency. They told him word by word: ‘Evacuate the tower and tell them that this tower will be attacked.” After this conversation this tower was attacked about two hours later.

200 of those rockets exploded inside Gaza neighborhoods