Vice President Kamala Harris was greeted Monday by a group of angry Guatemalan protesters in Guatemala telling her “Trump Won” and “Go Home.” 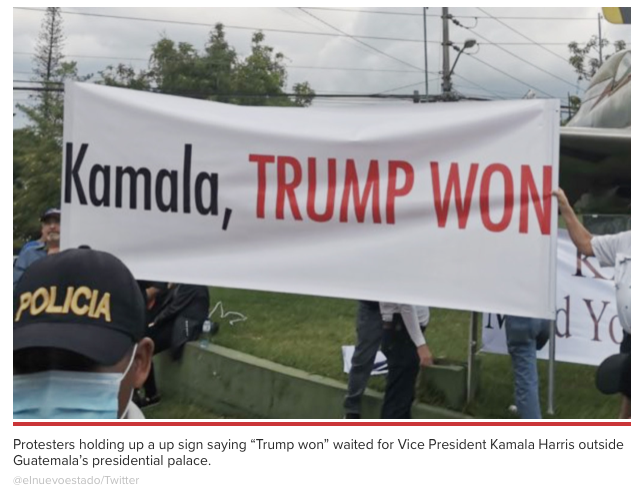 NY Post The rally was visible to Harris’ motorcade as she arrived to meet with Guatemala President Alejandro Giammattei on curbing illegal migration.

“Kamala, Trump won,” read a large sign near the Central American country’s presidential palace. “Kamala, Mind Your own Business,” another sign said, according to a pool report. 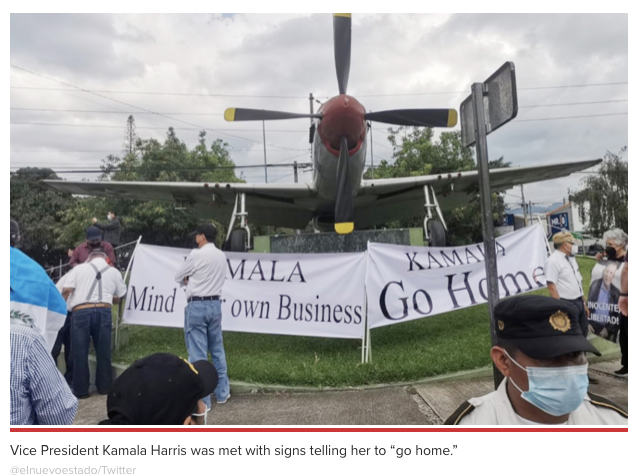 Images posted to Twitter show other signs, including one that says to President Biden’s migration czar: “Kamala, Go Home.”

Another large sign set up by activists features a doctored photo of a pregnant Harris. The poster says, “Guatemala is pro-life #momalahelpme.” Harris does not have biological children. 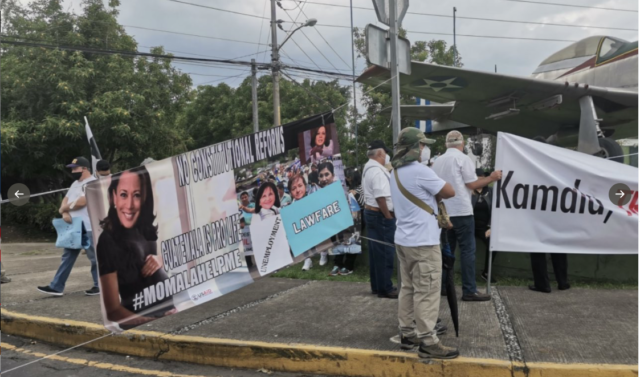 “We’re not against Kamala Harris’s diplomatic visit, but rather her interference and blackmail in return for aid,” said members of the group Society In Action, according to El Faro English.

“We’re against their agenda of imposing the LGBTQ, pro-abortion ideology,” a member told El Faro. “In Guatemala, we’re pro-life.”

Another sign that appears to have been hoisted by activists onto a tall billboard along the roadway says, “Kamala Stop Funding Criminals #FueraDeGuatemala.”