A Somali Muslim employee of Seattle, Ubax Gardheere, who has been called a ‘social justice warrior’ and is now a ‘progressive’ candidate for the King County Council threatened to blow up a school bus, then called the middle school students cowards as they fled. When the driver told Gardheere to leave the bus she said, “You need to calm yourselves down ’cause I could have a bomb. Look how loose my clothes are.” 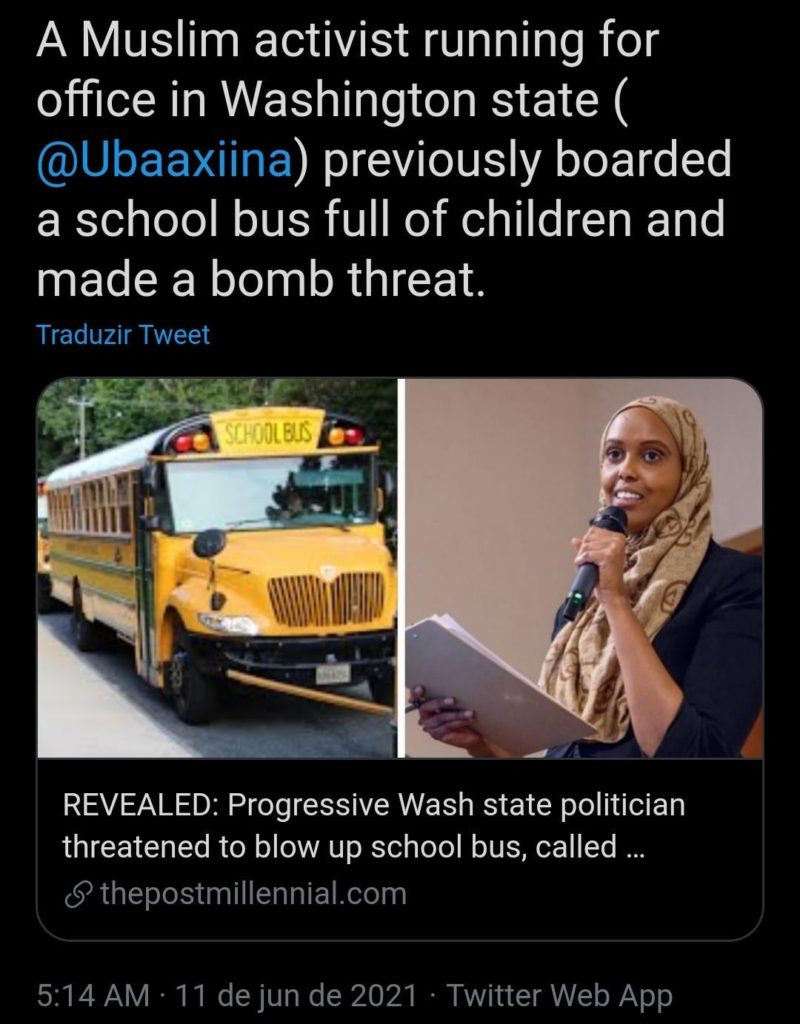 Post Millennial  According to court documents obtained by The Post Millennial, Ubax Gardheere boarded the Highline School District bus on Jan. 12, 2010 as it travelled on its morning route. Once aboard the bus, which was heading to Chinook Middle School, Gardheere demanded the driver tell his dispatcher “that a national security incident was going on.”

Gardheere then began yelling at the children about America’s relationship with Somalia, according to police reports. An audio recording of the incident demonstrated that when the driver told Gardheere to leave the bus she said, “You need to calm yourselves down ’cause I could have a bomb. Look how loose my clothes are.”

Deputy Prosecutor Gretchen Holmgren said students were afraid for their safety and as students fled through the rear emergency exit of the bus, Gardheere began screaming that they were “cowards” for abandoning their classmates. Several students believed she had a weapon of some kind and many feared for their lives.

According to a detective with the King County, Gardheere told the arresting officer she was “prepared to die.” However, no weapons were found in her possession. She eventually pled the felony charges down to a gross misdemeanor before trial.

And now, this terrorist-wannabe is running for City Council and getting endorsements from her IslamoMarxist pals in the Democrat party.

Ghardeere’s campaign has been boosted on social media by Riall Johnson and Prism Washington, both of which have a history of representing and promoting activist socialist candidates such as socialist Seattle City Council Member Tammy Morales, who advocated for riots during last summer’s unrest. 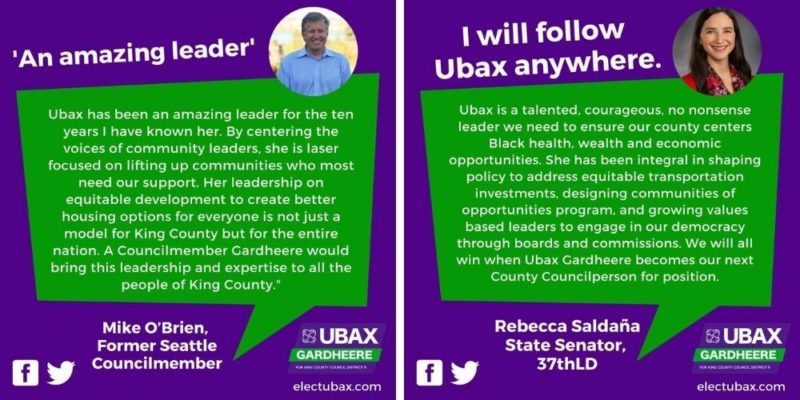 Gardheere told the Seattle Weekly that she was hospitalized for mental illness and that her mental condition worsened after she stopped in Dubai to see in-laws on her way to visit Somalia in 2008.

The Somali Muslim is now the Equitable Development Division Director in the City of Seattle Office of Planning and Community Development earning over $130,000 a year. She calls herself a “bureactivist inside government.”

In a recent interview with the South Seattle Emerald, Gardheere revised her own history and claimed that when she threatened school children with a bomb on a bus she was being criminalized for mental health issues. 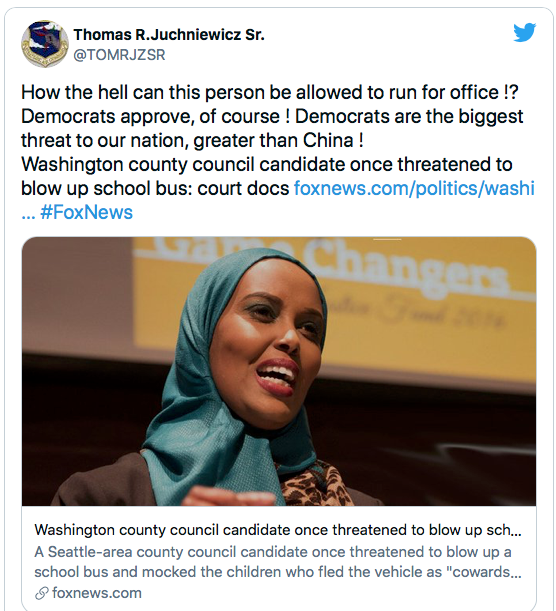 This conflicts not only with the court documents and police reports of the incident but also with her own statements years earlier to The Seattle Weekly. “I’m thinking in my head, ‘what can I say or do that will get you taken to jail instead of a mental institute?'”

In a recent endorsement video for the radical King County young Democrats, Gardheere omits her troubled past but references her work with children.

She claims  that “Our current economic system requires hierarchy, oppression, and extraction to operate and maintain itself. It divides people according to race, class, ableism, and gender, and often treats Black Indigenous People Of Color (BIPOC) people, people who identify as LGBTQ+, poor people, immigrants/refugees, undocumented immigrants and refugees, people living with disabilities, and the natural environment as expendable resources.”

Last month Gardheere posted a video from an event that was held in Seattle which she appears to have attended, lamenting the failure of the attempted genocide of Jews in the Middle East. 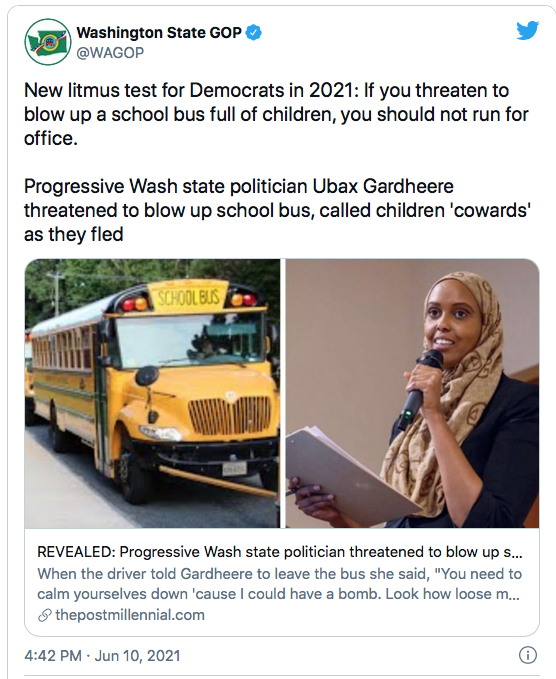