Independent Sentinel During a recent Senate Armed Services Committee hearing, Sen. Tom Cotton (R-AR) revealed there were hundreds of whistleblower complaints from members of the military reporting on efforts to indoctrinate them.

“We’re hearing reports of plummeting morale, growing mistrust between the races and sexes, where none existed just six months ago, and unexpected retirements and separations, based on these trainings alone,” Cotton said. The reason given for the indoctrination includes eliminating extremism. (The military now considers Christianity and Catholicism to be forms of “religious extremism”)

Cotton said it’s a “very specific kind of anti-America indoctrination” embedding into the military. When he spoke to Secretary Austin about it, Austin said that “diversity, equity, and inclusion” were important to the military now, and that they wanted a military that looked like America.

Because of all the complaints, Sen. Tom Cotton and Rep. Dan Crenshaw have launched a whistleblower website for service members experiencing Marxist political indoctrination inside the U.S. military.

ALSO SEE: THE MILITARY CANNOT AFFORD TO BE A SAFE SPACE because it will never execute its mission in safe spaces. It cannot endure complaints about micro-aggressions, because the very nature of combat necessitates enduring acts of aggression. It cannot cater to all the unique variations of individual soldiers, because it is, in Hasson’s words, a “great equalizer” of men and women, regardless of race, ethnicity, sex, or economic status.

‘Wokeness’ in the military has become obvious in recruitment ads recently. Austin made it clear he was going to purge the military of so-called extremism.

Perhaps a woke, emasculated military is not the best idea…. https://t.co/8aVFMW98NM 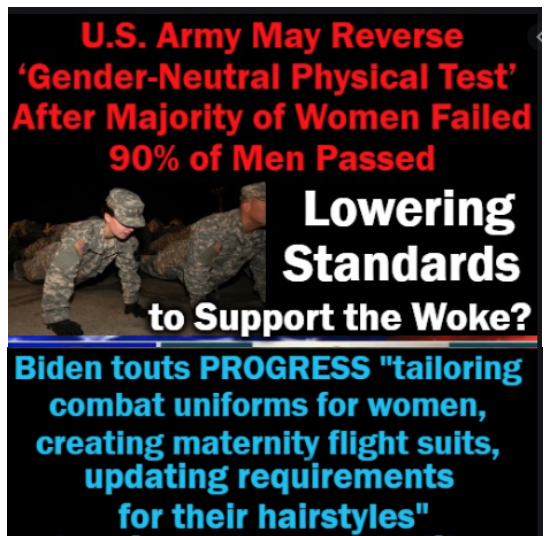