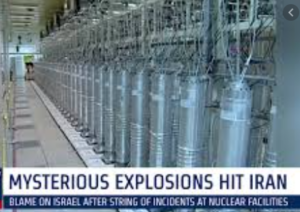 And as long as the Biden Regime continues to pursue rejoining the 2015 Iran nuclear deal, I guess we can expect more of these attacks. The Iranian centrifuge production site said targeted in a drone attack Wednesday was reportedly on a list of targets that Israel presented to the Trump administration last year. 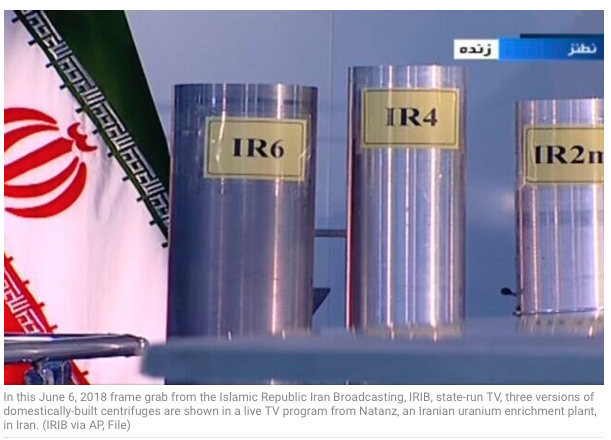 Times of Israel Israel proposed hitting the Iran Centrifuge Technology Company, or TESA, to former US president Donald Trump along with then-secretary of state Mike Pompeo and Gina Haspel, at the time director of the CIA, an intelligence source told The New York Times.

Fakhrizadeh was killed in November 2020 in an attack Iran blamed on Israel, while a mysterious explosion damaged a large number of centrifuges at the Natanz plant in April 2021. Israel’s former Mossad spy agency chief recently indicated in an interview given after he left office that Israel was behind that incident. 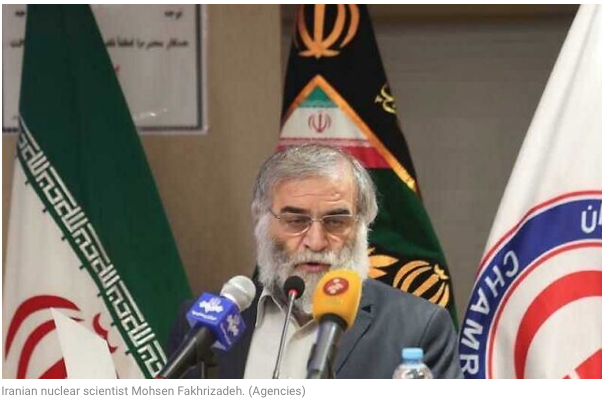 The TESA factory was tasked with replacing the damaged centrifuges at Natanz and also produces more advanced centrifuges that can more quickly enrich uranium, The Times report said.

The intelligence source said that Israel’s campaign against Iran’s nuclear program had the blessing of the Trump administration.

Unverified reports from Iranian opposition-aligned outlets said the specific target of the attack was a factory that manufactures parts for Iran’s centrifuges.

Iranian media maintained that the attack had failed and “left no casualties or damages and was unable to disrupt the Iranian nuclear program.” Despite the official Iranian claims to the contrary, the strike caused damage to the facility, according to unsourced reports in Hebrew media on Wednesday evening.

While Iran maintains that the Karaj facility is used for civilian purposes, it has been subjected to United Nations, European Union and American sanctions since at least 2007 for being involved in Iran’s nuclear and ballistic missile programs. The US lifted those sanctions under the 2015 nuclear deal, but then reimposed them in 2018 when Trump unilaterally withdrew from the accord. 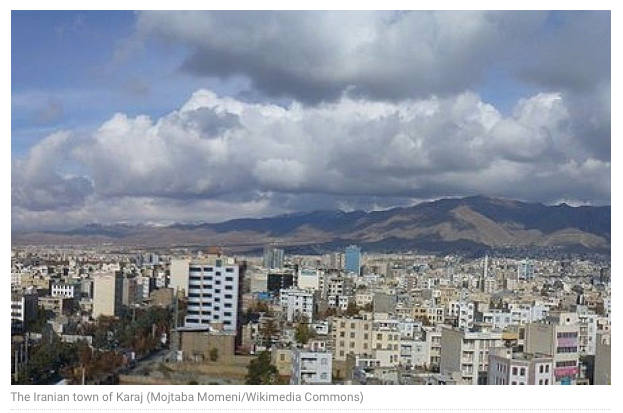 Iran did not identify who was behind the attack, though it has accused Israel of conducting similar strikes on its nuclear facilities in recent years.

In April, Iran’s underground Natanz nuclear facility experienced a mysterious explosion that damaged some of its centrifuges. Last July, unexplained fires struck the advanced centrifuge assembly plant at Natanz, which authorities later described as sabotage. Iran now is rebuilding that facility deep inside a nearby mountain.

Iran also blamed Israel for the November killing of Fakhrizadeh.

In a bombshell interview earlier this month, the former head of the Mossad spy agency all but confirmed that Israel was behind both the Natanz blast and the killing of Fakhrizadeh.

More generally, Cohen said: “We say very clearly [to Iran]: We won’t let you get nuclear weapons. What don’t you understand?” 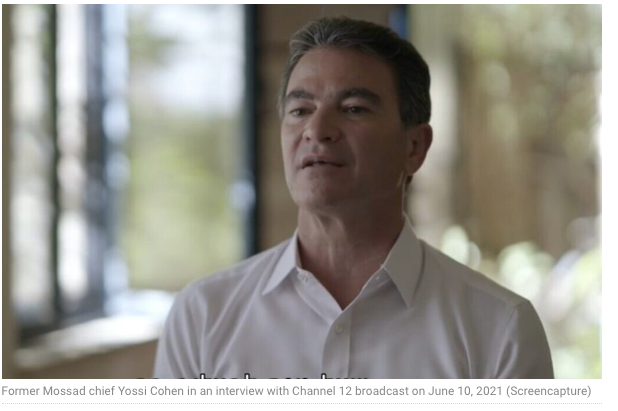 n August 2019, a drone attack targeted a facility run by the Iran-backed Hezbollah terror group in the Lebanese capital of Beirut. Though they did not take responsibility, Israeli officials said the site manufactured vital parts for Hezbollah’s precision-guided missiles. Hezbollah blamed Israel for the attack.

In an apparent effort to ramp up pressure during these negotiations, Iran in April boosted its uranium enrichment to 60 percent purity, bringing it closer to the 90% purity threshold for full military use and shortens its potential “breakout time” to build an atomic bomb — a goal the Islamic Republic denies. 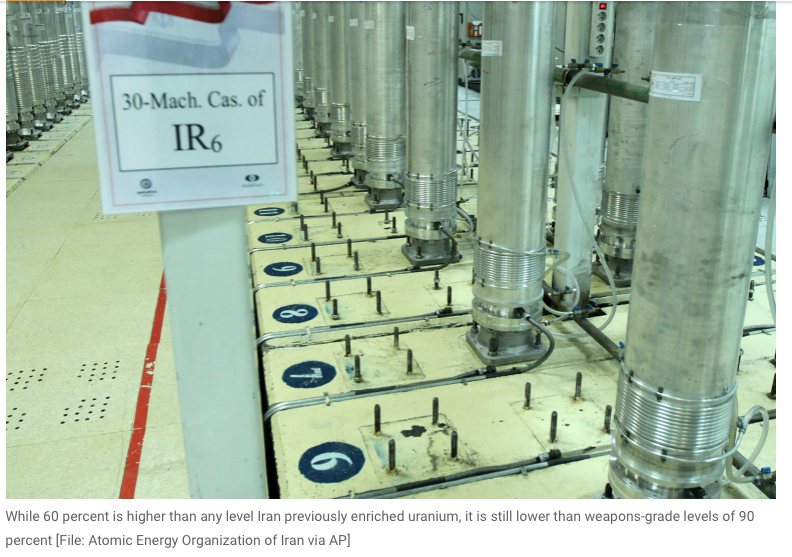 JUNE 6th: YET ANOTHER EXPLOSION AND FIRE IN IRAN, this time at a steel mill, the 3rd such incident in five days!

JUNE 2nd: YET ANOTHER unexplained massive fire breaks out at oil refinery near Iran’s capital

MAY 26th: THIRD ONE IN 4 DAYS! Yet another major explosion at an Iranian petrochemical plant, this time in Bushehr Province

MAY 23rd: Hmmmm…I wonder what could have caused the huge blast at an Iranian explosives factory that was used to manufacture weaponized drones like the one downed by Israel this past week?

MAY 25th: GEE, there has been another major explosion in Iran…just a few days after a big drone factory mysteriously went up in flames